After (quite literally) walking away from car-ownership five years ago, we experimented with many variations on traveling as a family by bicycle. None have been as transformational as our investment in a cargo bike, allowing us to haul not only our two children, but also groceries, appliances, and even our annual Christmas tree.

While our hometown, Vancouver, B.C., is better suited than many for this, the experience has us thinking of all the ways cargo bikes could change the lives of city goers everywhere, especially with the rise of protected bike lanes. With that in mind, here’s a list of reasons we think North America is ready for a cargo bike revolution. 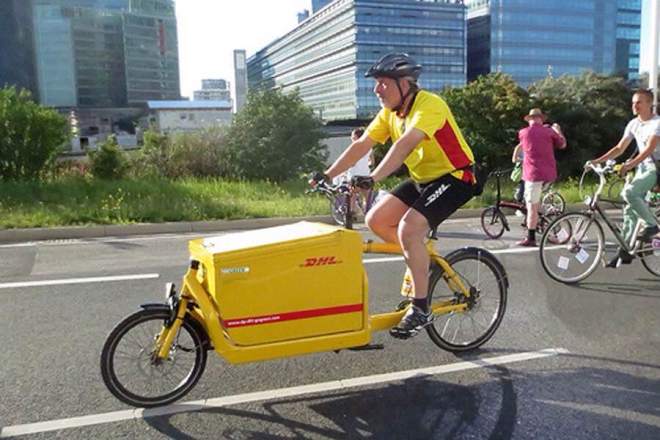 A 2013 study by the European advocacy group Cyclelogistics estimated that 51 percent of all goods-related motorized trips could realistically be shifted to cargo bikes. On that front, DHL has replaced 10 percent of its Dutch fleet (33 vans), with cargo bikes, saving 152 tons of CO2 and about $485,000 a year. How much safer and more pleasant would a city be if just 10 percent of the delivery trucks were replaced with bikes? As an added bonus, we might have to build bigger bike lanes to accommodate all that freight. 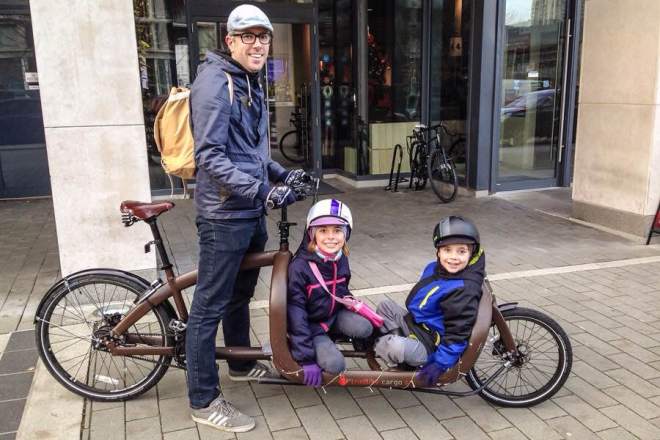 With two young and active children, a cargo bike provides a level of domesticity without the burden of car ownership. There are no fuel or insurance bills, little maintenance that you can’t do yourself — and it beats hooking up a bike trailer with a small child on your hip. Just put your shoes on, walk outside, sit the kids in the cargo bike, and start pedaling. Finding secure parking can sometimes be a challenge, but some cities are coming up with creative solutions, and it remains a heck of a lot easier (and cheaper) than storing a car. 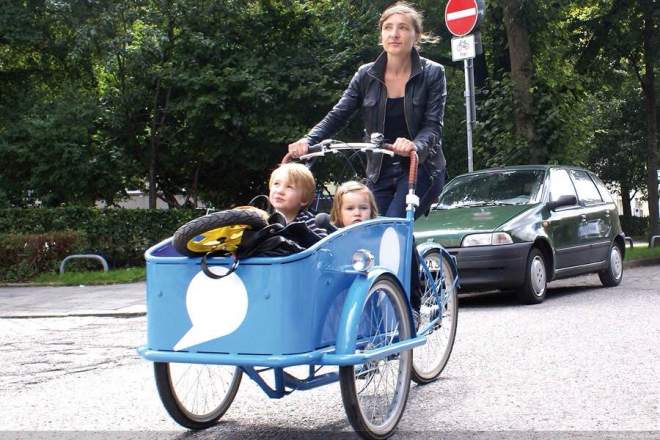 3. They no longer cost an arm and a leg

While cargo bikes were once hard to find, and while they can still be quite expensive, the recent arrival of cargo bikes from China is making them more commonplace and affordable. (At first glance, the price tag may seem steep, but the cost of a top-of-the-line cargo bike is nothing compared to the never-ending expenses that come with owning an automobile — financing, maintenance, fuel, insurance, parking, and so on.) Still too much for your budget? Or maybe you’re worried that a cargo bike will sit unused for long stretches of time. Share one, instead! Spinlister – a peer-to-peer bike-sharing website similar to Airbnb, — links individuals with bikes to rent, including cargo-bikes, with people looking for a ride. In cities such as Munich, Mo is providing citizens with access to bikes, cargo bikes, cars, and even public transit, all with one card. How sweet is that? 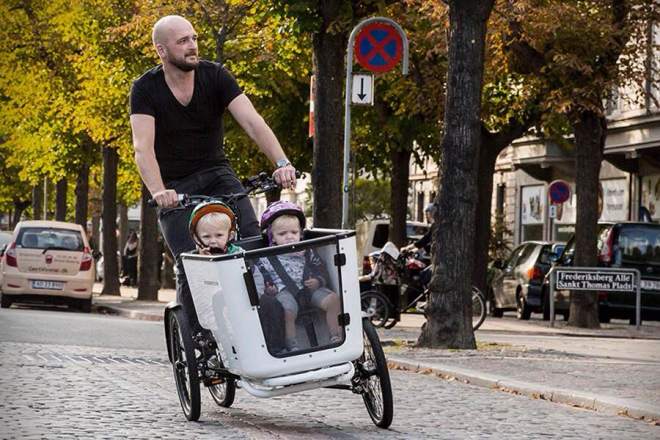 4. The best way to travel

Picture this: You’ve traveled across the globe to Copenhagen and all you want to do is live like a Dane, pedaling around the city, shopping, and enjoying their many outdoor patios. Huzzah! But wait, what do you do with those two small humans you brought with you? Until carrying children in the front basket becomes widely accepted, cargo bikes appear to be the obvious answer. What better way to learn about cities around the world than relaxed in the front of a bakfiets? As an added bonus, once they’re big enough to ride these wonderful machines, they can pedal YOU around. 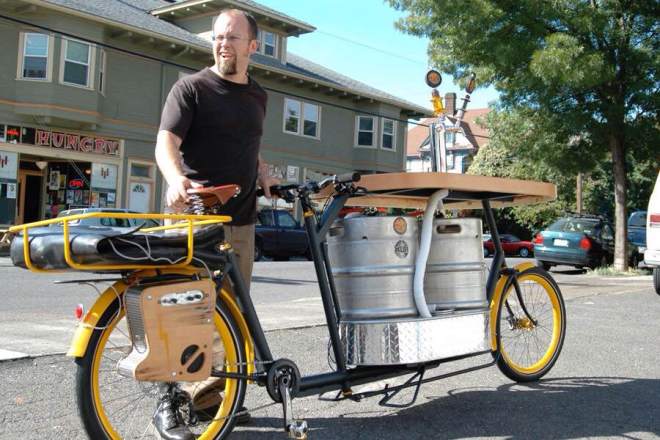 When food trucks burst from the vacant lots of Portland several years ago, they were touted as a cheaper, hipper, more flexible alternative to brick-and-mortar restaurants. As it turns out, the next trend in mobile food manages to outdo them on all three levels. Motivated by the idea of bringing the business to the consumer instead of the other way around, cargo bike-based businesses are cropping up everywhere — selling coffee, beer, pizza, ice cream, tacos, and fresh produce directly where their customers want it. And low overhead means an entrepreneur can enter the market and start making money immediately — a new business owner’s dream. 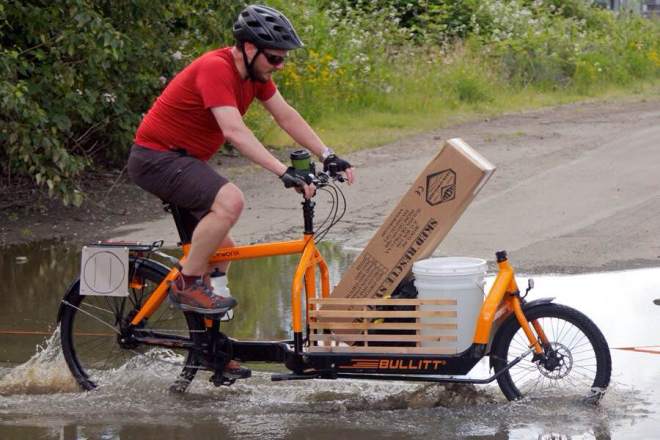 At the risk of ending on a downer, with weather-related disasters on the rise, cargo bikes offer affordable and quick response vehicles. Images of people traveling by bike in the aftermath of Hurricane Sandy come to mind. In anticipation of the “Big One” — the earthquake that will rock the Pacific Coast — cities such as Portland and Victoria, B.C., are organizing disaster relief trials – scavenger hunts where participants pick up medical supplies, food, water, and even “injured” people by cargo bike. It’s also a practical option for getting a family safely and quickly out of the city if disaster (or the zombie apocalypse) strikes.

The cargo bike revolution is coming! Now all we need is a few more urban leaders who are serious about building bike lanes …