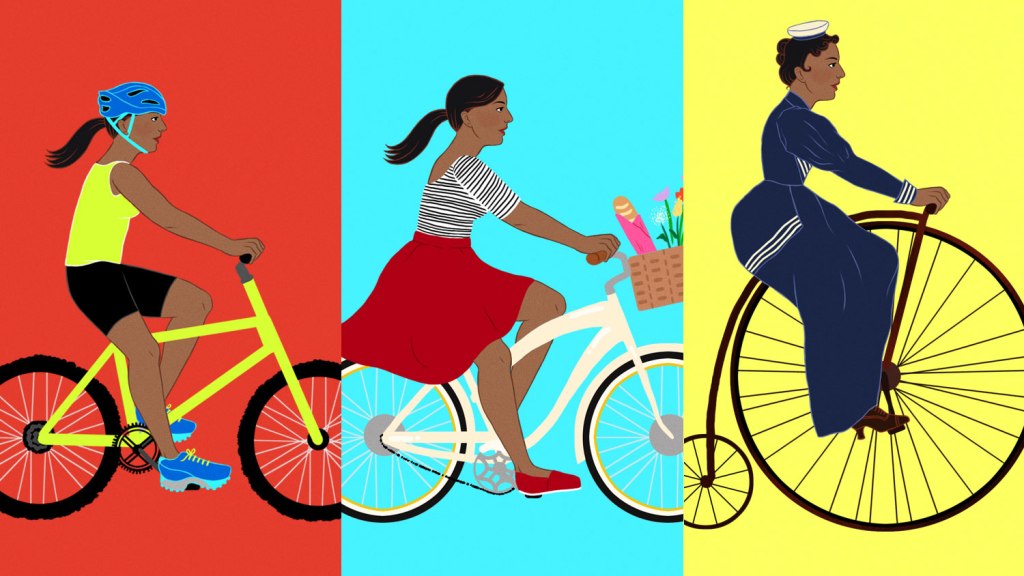 Ways that I have biked in other cities:

1. A bike kindly lent by a sister’s roommates in Portland, which I found out the hard way had no brakes.

2. A tiny stick insect of a bike lent by a friend I was staying with in Crown Heights, which was hell on my knees, but worth it for the sheer gorgeousness of biking over the bridge into Manhattan every morning.

3. A beautiful cream-colored cruiser lent by another of my sister’s Portland friends, which made me feel like Audrey Hepburn, and which I repaid the loan of with a bottle of whiskey.

4. A perfectly solid beater bike, rented in Beijing from a cheerful guy who had a stack of them in front of a storefront that he seemed to be operating several different businesses out of.

I enjoyed all of these experiences — even the no-brakes one. But when I heard that Spinlister, the Airbnb-style bike rental site, was back from the dead, I got excited. Maybe, just maybe, my dream of having a bicycle in every port was one that could actually come true.

Here’s the reason: For every city where I’ve found a bike, there are many where bike rentals are nonexistent, or unaffordable, or located in some faraway tourist district, or some combination of these three. I was an enthusiastic adopter of bikeshare networks like Hubway — but their range is limited. Out of all the cities that I’ve visited, only Bixi in Montreal and B-Cycle in Madison, Wisc., had bikeshare stations near the neighborhoods where my friends actually live. New York is especially disappointing on this count. Want to ride a bike through Brooklyn, where a bike would actually be useful? Don’t make any friends south of Atlantic Avenue, then.

Then, last week, in San Francisco, my bike broke down. I had errands to run. The thought of having to go buy parts and fix it before I even began to run errands made my heart sink. So I downloaded the Spinlister app and turned it on.

Were there bikes around me? There were. They ranged from a flashy $80 per day German-made Schindelhauer that was owned by an obvious snob (“This bike gets compliments and photos every time it’s out and about,” the description read. “Experienced riders only please”) to roided-out mountain bikes.

I searched for a cargo bike, which I am too cheap to buy, but whose hauling prowess fascinates me. The closest one was in Berkeley, and was $30 a day. It was being rented by a guy with a purple mohawk, and had a promising description: “Bring people, laundry, groceries, other bikes, you name it. I brought a 6 foot tall cat tree home with it for 3 miles.” North, in Sausalito, someone was renting, for $20 a day, what appeared to be an electric bicycle inside a plastic snail shell. Now that would get me compliments.

Were there bikes close to me? Not so much — and I live in the Mission, a neighborhood where almost everyone has a bike. I settled for doing what Spinlister suggested, and put in a reserve request with everyone around me who had a bicycle my size, hoping that one of them would write back.

Much to my surprise, one of them did, an hour later. The bike owner who answered didn’t have a basket or a rack, the way that I was hoping for, but it was only a 15-minute walk away — and it was only $22 for the day. I walked over, and, in an exchange that felt more than a little shy and weird, a woman whom I had never seen before came to the door and handed me a bike and a u-lock. I pedaled away.

Riding a stranger’s bike was a different way of seeing the world. I keep my bike as stripped-down as possible because I’ve learned the hard way that everything that can be stolen off a bike, will be. This bike came covered in the kind of tchotchkes that I had never even dreamed of owning, including an LED gadget mounted on the handlebars that showed me how many miles per hour I was going. The front wheel was quick release, something I haven’t had in years because it can aid wheel theft. My ride was a paranoid tank; this was the bike of a free-spirited sporty adventurer.

I bought my bike parts. I fixed my bike. When I dropped off the rental the next day, Maya invited me in for tea. She was in tech, she told me when I asked her how she had found the app. Part of being in the industry is constantly downloading new apps, just to test them out and keep up on industry buzz. Spinlister was one of those apps, so she had been renting her bike out as an experiment.

“So you’re not doing this for the money,” I said.

“Ha,” Maya said. She had a point. I had paid her $20, plus $2.50 that Spinlister had added to the transaction. It wasn’t clear to me how Spinlister was making any money, either; a lot of bikes would have to be rented and returned before even a small staff could be paid a decent salary.

Of course, a lot of things on the internet don’t make any money, and somehow they keep on keeping on anyway. That small profit margin, though, may have had something to do with why, a year after Spinlister launched nationally in fall 2012, the founders decided to go big, and announced plans to take Spinlister from a bike rental app that also dealt in skis and snowboards into an online rental stop for basically anything you could think to rent. They called it Liquid, and it lasted for a few months, if that.

In the spring of 2013,  Marcelo Loureiro, liquor magnate and original investor in Spinlister, brought the site back online, and has been running it ever since with a nine-person staff. According to Andrew Batey, Spinlister’s head of marketing, the focus now is on building up the base of people who have bikes to rent through Spinlister, city by city. Last year was New York, then this fall it was Austin, and now the focus is on San Francisco and Portland.

Part of the company’s goal right now is to build a hybrid between Spinlister as it currently is and the way that bike rentals happen in many European cities, where bike repair shops near train stations do a sideline in selling, renting, and buying back used bicycles. Under this model, bike stores would serve as hubs where rental bikes can be dropped off, picked up, and repaired.

People with bikes to rent have more to potentially lose than would-be renters, and so most of the fail-safes that are built into the rental process are aimed at bike owners. The company had $10,000 insurance in case I or someone else stole Maya’s bicycle, but it wasn’t clear who would have paid if, say, that quick-release wheel had disappeared, or if I’d scraped up the bike’s paint job. While Batey told me that it’s standard for Spinlister staff to cover repairs unless they are convinced that someone is actively trying to scam them, under the user agreement, any repairs while the bike is being rented are the renter’s responsibility.

When my own bike broke down, I never even thought of renting through conventional channels. I had assumed that any local business that was renting bikes was going to be out in the tourist district and ridiculously expensive.  I was wrong. San Francisco actually has a bike rental company not far from my neighborhood that has rates that are comparable to what’s on Spinlister — but they have an economy of scale going on.

So Maya didn’t rent her bike to me for the money. She was doing it out of curiosity and because, like me, she loved bikes, and thought it should be easier for people to have access to them. According to Batey, Spinlister itself is a company of earnest triathletes who’ve stuck with the concept because it’s an idea they believe in. “I think we own the category,” says Batey. “It’s harder than people expect.” For one thing, Batey admits, “Nobody is going to get rich renting their bike on our app. You can pay off your bike, easily, but it’s not like Airbnb, where you can make a couple hundred thousand dollars a year.”

That’s affected how Spinlister markets itself, according to Batey. It used to emphasize Spinlister as a way to make money. But when there’s not so much money in something, what you’ve got instead is community, and that turns out to have its own fans.

“The reality is,” says Batey, sounding almost surprised, “is that most people want to help others.”