This land is ours: African Americans should claim their place in the great outdoors 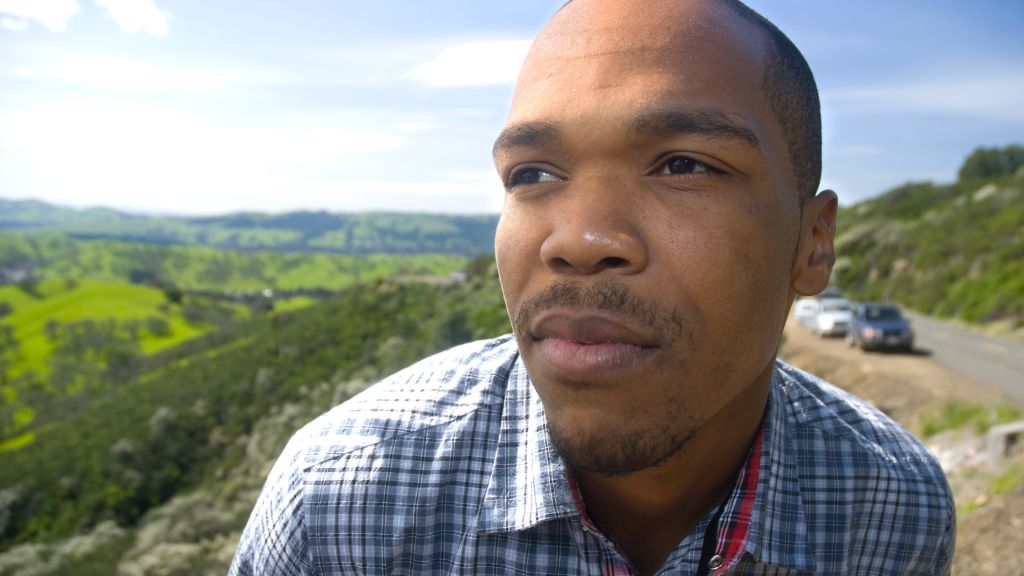 This land is ours: African Americans should claim their place in the great outdoors

Over the weekend, The New York Times published a touching essay from NYU journalism professor and writer Farai Chideya, “Traveling While Black,” which explores the different ways African Americans are received overseas. Chideya wrote that, compared to her experience here in the U.S., in most nations, she isn’t objectified nor looked upon with skepticism because of her race and gender.

I encourage all to read it, but I want to highlight one passage near the end of the article, where she talks about the relationship between African Americans and the great outdoors — a relationship often perceived as fraught. Writes Chideya:

[B]loggers are also pushing black Americans to get out and see our country in all its natural glory. Barry and Cindy Rock, originally from Boston and now living in Georgia, run the site Camping in Color (campingincolor.blogspot.com), which addresses the specific fears about what it’s like to camp — a fear that can encompass both nature and other campers. “I think most folks need to just relax a little bit because everywhere you go in this country you’ll come across somebody who doesn’t like you,” Mr. Rock said. “They may give you a dirty look, but that’s not something that’s going to stop us from enjoying our country.”

I love what Rock is saying here, and I think the tension he refers to deserves further unpacking. African Americans’ reputation for being biophobic is both deserved and undeserved — but mostly the latter.

It’s undeserved because African Americans have lived with nature since we were brought here as enslaved captives. Escaped and marooned slaves banded with indigenous people during those times and started communities in the woods. During Reconstruction we built towns based on farming, forestry, and fishing knowledge passed down from our African ancestors. Many of those towns were located in woodsy areas, away from cities where white supremacy was still firmly entrenched, despite Lincoln’s Emancipation Proclamation.

Go to Louisiana or Mississippi today and say something about black people being scared of the outdoors and you’ll get clowned. Throughout the South, black people hunt, farm, garden, fish, hike, and traverse swamps using upwards of four generations of wild outdoors wisdom passed down through their families.

Yes, it’s true that most African Americans today live in urban settings, but most of us descended from Southern folk who migrated north in the mid-20th century, as described comprehensively in Isabel Wilkerson’s book, The Warmth of Other Suns. And many of them migrated with their biophilia fully in tact, passing down this love to children who would for the next seven decades grow up in jungles of concrete, with few paths to greener pastures.

As my friend Jarvis DeBerry, a Mississippi native and NOLA.com columnist, once wrote, “Urbanization has been black Americans’ most recent trend, but it is not our historical norm. Thinking of ourselves exclusively as city dwellers helps us forget one of the greatest crimes committed against us: the systematic separation of black folks from their land.”

In fact, a survey from the Outdoor Foundation found that, in 2012, 11 percent of young outdoor recreationists were African American in 2012. Black youth make up 14 percent of the under 20 population. So there doesn’t seem to be as much fear among African Americans as claimed to begin with.

But the perception that black people are scared to travel outdoors isn’t total fiction, even in the South. My wife learned this when she took a group of black kids from New Orleans camping in the woods of Mississippi last year. These kids, many of whom grew up with death and gunshots in their urban environment, were quite afraid during the camping trip — and it was not just the understandable fear of a rabid bear coming to attack, but also the idea that rabid white mobs might storm the grounds. I encourage you to read my wife’s blog post, “Southern Comfort, Southern Fear,” where she tried to make sense of the experience.

Put any city kid in the sticks and they may turn craven, but black kids are aware that this is the same environment where Emmett Till, a 14-year-old from Chicago visiting family in Mississippi, was tortured and killed.

These are the backwoods where black people were once found swinging from trees like “strange fruit,” as depicted in the recent film, 12 Years a Slave. These are the woods where the towns African Americans built during Reconstruction were burned down and destroyed by the Ku Klux Klan, white police, state troopers, and other mobs of white supremacists throughout much of the 20th century. This is part of what propelled the “Great Migration” north for many black people at the time.

This is a history that African-Americans are not that far removed from. Many of us have grandparents and great-grandparents who lived with this terror.

Still, to succumb to those fears would allow for another kind of segregation that keeps black people in the concrete jungles while nature is free range for whites to explore exclusively. That kind of segregation is exactly what early conservationist Madison Grant had in mind when he urged for the creation of the national park system. If you read any part of Grant’s book, The Passing of the Great Race, which Adolf Hitler adopted as his bible, you will understand that Grant wanted to reserve these natural landscapes not for all Americans to enjoy, but as an asylum for white people who feared a growing black planet.

I agree with “Camping in Color” blogger Barry Rock, who told Chideya that we should not let such horrific pasts stop us from enjoying the outdoors. “We [black Americans] are as much a part of this country, maybe even more, than a lot of people who are here now,” Rock said,  “so we have the right, and we’re going to take the right, to go anywhere we want to go.”