Can the "whitest city in America" deliver green living for all? 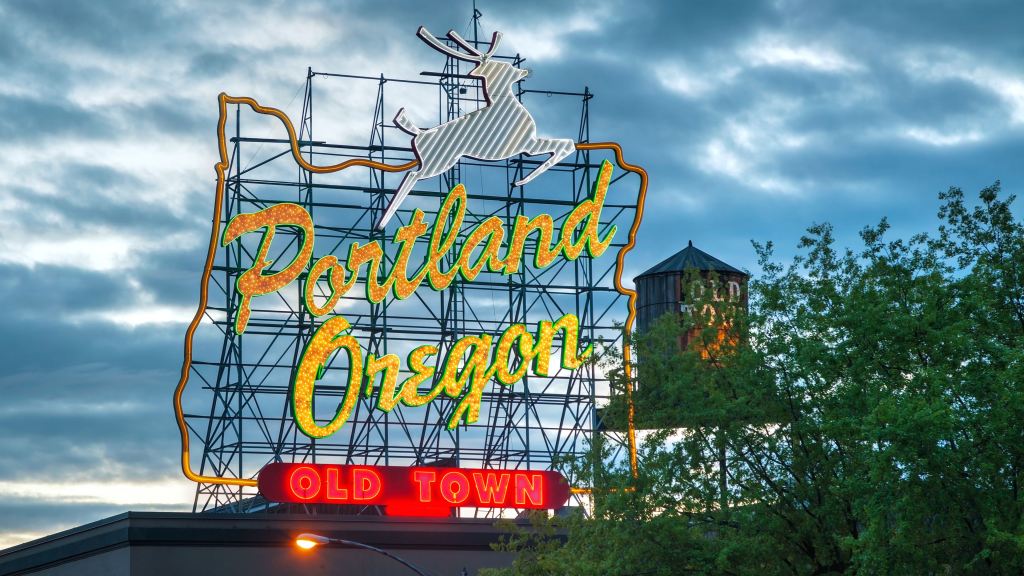 Can the “whitest city in America” deliver green living for all?

Portland, Ore., has been ahead of the crowd on climate change for a long time. It was the first American city to develop a local climate action plan, back in 1993, when “carbon emissions” was a mere whisper in the halls of most city governments (or any kind of government, for that matter — this was four years before the Kyoto Protocol). One of just a dozen cities in the world to start cutting carbon pollution in the early ’90s, it has already reduced its emissions by 14 percent since 1990, even as its population has increased by 30 percent.

But it wasn’t until its 2009 Climate Action Plan that the city actively sought community involvement and public comment in its plan-drafting process. And among the 1,500 pieces of feedback from residents, one stood out loud and clear: Increase the emphasis on equity.

While Portland is full of bikes and urban farms, and recycles or composts 70 percent of its trash, the fact remains that low-income residents of color do not have the same access to all the things that make the city green and healthy and profitable.

“There was this nod to it, like, ‘Our carbon reduction strategies are about prosperity and building an equitable city,’” explains Desiree Williams-Rajee, equity specialist for Portland’s Bureau of Planning and Sustainability, of the 2009 plan. “But that was about it.”

Portland is often referred to as “the whitest city in America,” and that’s because, quite frankly, it’s true: According to the 2010 Census, the city is about 76 percent white. That makes it the whitest major city, anyway. But that’s changing – fast. 2010 was a long time ago in city-growth years. Already nearly half of Portland’s public school students are children of color.

Still, all wrapped up in Portland’s historical whiteness and eco-savvy is what Williams-Rajee calls a “green divide” – a notion that comes as no surprise to anyone interested in environmental justice. “Being ‘green’ meant you had to be white and be able to afford it,” she says. “If you were those two things, the city was for you. If you were brown, it wasn’t.”

Low-income communities of color in Portland – as with pretty much everywhere else in this country – breathe dirtier air, have fewer parks, sidewalks, and bike lanes in their neighborhoods, less energy-efficient housing, and crappier public transit. And on the flip side, they’re also not yet seeing as many of the benefits that wealthier residents see from carbon-reduction policies – such as energy-efficiency incentives for home and business owners.

According to a report co-produced by the Coalition of Communities of Color and Portland State University, people of color in Portland’s Multnomah County earn 50 percent of what whites do and have significantly poorer health outcomes. Infants of color in Multnomah County are 37 percent more likely to have low birth weights than white babies, for instance.

“In some cases, for Native American and African American communities, it’s worse than it was 30 years ago,” says Williams-Rajee. “If communities of color continue on that trajectory for the next 25 years, where will this city be?”

But now, when it comes to climate change, at least, economic and racial equity has taken center stage – thanks to Portland’s Equity Working Group and everyone else who helped usher in the city’s splashy new 2015 Climate Action Plan.

The draft plan – to be City Council-approved this June – includes a handful of new policies designed to move the city toward a 40 percent reduction in carbon emissions by 2030 and 80 percent by 2050. But by far the biggest change since the last version is the systematic incorporation of equity considerations into every aspect of the plan – with the help of Portland residents.

“There’s a lot of wealth and experience and knowledge and wisdom that comes from communities – it’s about harnessing that power,” says Vivian Satterfield, associate director of OPAL Environmental Justice Oregon, a member of the Equity Working Group. When it comes to public transportation policy, for instance (one of OPAL’s main priorities), “You may have studied it in school, you may have algorithms, but that’s not going to trump someone who’s like, ‘I ride the bus every single day!’”

And while Portland is not the first or the only government entity to do this kind of thing – Portland was among 16 cities the White House recently dubbed “Climate Action Champions” and other noteworthy places such as Boston, Minneapolis, and Seattle all fold equity considerations in their plans, too – it’s among the few taking deliberate steps to make equity in a time of climate change as explicit and as tangible as possible.

To do so, Portland city planners first secured funding from the Bullitt Foundation, the Local Sustainability Matching Fund, and Multnomah County to create the equity working group out of six local environmental justice and health equity organizations; they paid staffers from those organizations to spend time weighing in on every aspect of the plan; they had Portland State University professor and consultant Greg Schrock review their previous plan with an equity lens, highlighting areas of improvement; they marked every opportunity to increase equity in every chapter of the document – from increasing the urban forest canopy in underserved areas to expanding public transportation options and access. Planners even drafted an entire “Equity Implementation Guide” to make sure that there was as clearly defined a method as possible to turn these well-intentioned and amorphous ideas into action.

The document is 160 pages long, and packed with seemingly small details that could, if fully implemented, make a major difference both in reducing carbon emissions and in making things better for every resident. Building sidewalks and bike lanes in East Portland, for example. (60 percent of East Portland’s streets lack sidewalks, compared with about 40 percent in the rest of the city, and nearly 80 percent of East Portland is more than half a mile from a bike lane.) Or improving the energy efficiency of commercial buildings and multifamily apartments in low-income neighborhoods, supporting community solar projects, considering programs that could expand car-sharing among low-income households, planting trees in areas at risk of becoming heat islands, continuing brownfield and Superfund remediation… to name a few. Some of these ideas are already underway; some are almost in hand; some are more uncertain.

The hope, Desiree Williams-Rajee says, is that these efforts not only protect both the planet and Portlanders, but also elevate the conversation around climate justice, period. The “green divide” in Portland is smaller than it once was, sure, but it lingers.

“The city of Portland doesn’t have a really strong environmental justice community,” she says. “We had EJAG, the Environmental Justice Action Group, many years ago, which got defunded. And now we have OPAL. But in terms of this climate justice piece – it’s just a nascent conversation here.”

Nascent, but growing: Some of the members of the Equity Working Group began new initiatives following their involvement in the plan-drafting process. The Asian Pacific American Network of Oregon (APANO) started a whole new environmental justice program; OPAL is working with the Native American Youth and Family Center to make a plan for climate resilience; Wisdom Council of the Elders are working on a Native American Climate Council.

Of course, so far, “a lot of this is just words,” says Williams-Rajee; a Climate Action Plan is just a plan.

Will things change in Portland because of the new climate plan? Most likely. But how exactly things will change, and how long it’ll take before they do, is still pretty darn murky.

A particularly fraught climate challenge is that of gentrification and displacement, as cities like Portland make improvements to certain neighborhoods, adding trees and parks and weatherized homes and pedestrian-friendly streets and public transit. “It raises the market value and it pushes communities out,” says Williams-Rajee. “How do we create the opportunity for everyone to have access to that type of infrastructure? That is the challenge we have in front of us. We haven’t figured out what those tools are, yet. But our job is to figure it out. We’re saying: This is a priority for us. This is our job, and we’re going to work on this moving forward.”