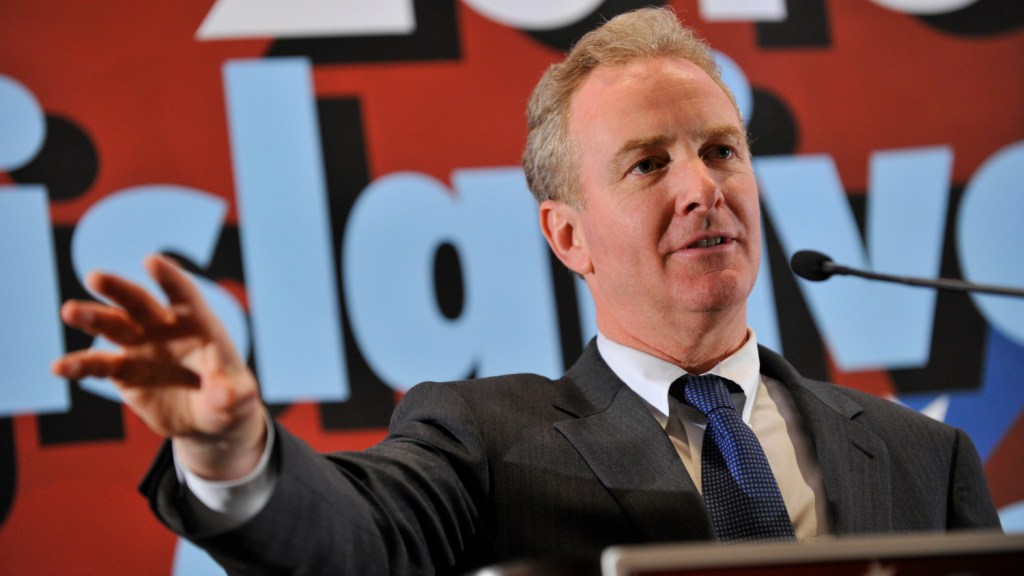 There has been a lot of internet chatter about the recent New York Times Magazine feature on “The Great Democratic Crack-Up of 2016.” The piece’s thesis is that Democrats face a dangerous insurgency, a mirror image of the Tea Party: left-wingers who threaten to shape the party’s messaging, win its primaries, and cost it elections even in blue states.

The author, Robert Draper, focuses on the Maryland 2016 Senate race, in which Rep. Donna Edwards, a heroine of the liberal blogosphere for unseating corporate hack Al Wynn in 2008, is challenging frontrunner Rep. Chris Van Hollen, who’s portrayed as a pragmatist. Draper is clearly on the side of the party’s monied corporate establishment. He refers to Wynn, a notorious lackey of big business contributors, as a “centrist,” and paints liberals as the enemies of politicians like Van Hollen who sometimes try to find common ground across the aisle.

But Draper ignores one of the most important issues to Democratic primary voters: climate change. Draper’s sole reference to climate is listing it as part of the implicitly unrealistic fantasy of liberals: “The outcome [of intra-party warfare], as [progressives] imagine it, would be a Democratic front line committed to income equality, an expanded social safety net and climate change doing battle with a G.O.P. that will continue to fight against tax increases, entitlement programs and environmental regulation.” If he looked more closely at climate change politics, though, Draper would see that they don’t fit into his neat narrative.

Liberal bloggers have reacted to the piece with the wrath you would expect. One of their main points: Van Hollen is himself a solid progressive. Van Hollen and Edwards are facing off for the Senate because that’s what ambitious congressmembers do when a Senate seat opens up in their state, not because of some great ideological division. In Salon, Heather Digby Parton writes:

Both Van Hollen and Edwards come from the liberal wing of the party, the main difference between them being that Van Hollen has been very active in the leadership and therefore had to carry water for the administration from time to time, while Edwards has been a progressive movement candidate from the very beginning of her career and has earned the loyalty of members of that movement.

This is all true enough, but it too fails to note that Van Hollen is an unabashed populist progressive on climate change. Van Hollen first introduced a “cap-and-dividend” bill to reduce carbon pollution in 2009 (as an alternative to the Waxman-Markey cap-and-trade bill), and this past February he reintroduced a version of it as the “Healthy Climate and Family Security Act.” The bill would set limits for carbon pollution, reduce the allowable amounts gradually, auction pollution permits, and return all the revenue to Americans in the form of a climate dividend. His advocacy for the bill earned him the endorsement last year of the Climate Hawks Vote PAC, which backs only the most dedicated climate leaders.

Edwards, for her part, has been a reliable vote on climate-related issues, and has worked to draw attention to the the problem. “Both Van Hollen and Edwards are strong on climate action,” R.L. Miller, founder of Climate Hawks Vote PAC, told The New Republic. But, in an interview with Grist, Miller says Van Hollen would rank among the top 10 percent of House Democrats on climate leadership, whereas Edwards would just be slightly above average. (Miller adds that her group doesn’t know yet if it will endorse anyone in the primary.)

Van Hollen’s bill has a number of fans in the climate activist community. When Grist asked Mike Tidwell, founder and director of the Chesapeake Climate Action Network, what climate activists should do in 2015, he specifically called for supporting Van Hollen’s cap-and-dividend bill, noting it offers the guaranteed emission reductions that a carbon tax does not. “With falling oil and gas prices, it’s hard to see a strong enough ‘price signal’ dependably emerging from any carbon tax over the next few years,” Tidwell wrote. “Which is why a science-based cap is really what we need to dependably reduce carbon emissions economy-wide.” The bill is also unabashedly progressive from an economic standpoint: It would trigger a major transfer of wealth from fossil fuel corporations to citizens, which Van Hollen argues would help alleviate the “middle class squeeze” and “boost … the purchasing power of families across the country.”

Given Van Hollen’s seriousness about climate change and redistributing corporate profits to regular Americans, he’s probably perplexed to be put in the same wing of his party as Wynn. As Parton notes, “Draper evidently forgot to look up the record that got Wynn ousted — a record of constantly voting with Republicans in favor of business interests, including big oil, coal, credit cards, banking and just about any other big money industry, over and over again.” That’s why the League of Conservation Voters backed Edwards over Wynn in the 2008 primary. LCV, it should be noted, is not some wild-eyed radical organization. It’s a pragmatic group that even supports pro-climate moderate Republicans.

Mainstream Democrats of all ideological shades — center-left pro–free trade moderates and lefty economic populists alike — care about climate change and weaning the world off fossil fuels. A recent Wall Street Journal/NBC poll found climate change was cited the third most often by Democrats as their top issue. Polls consistently show that majorities of American voters support climate action, and cost-benefit analyses tell us that reducing carbon pollution can save more money than it costs. As Chris Van Hollen demonstrates, you can be a pragmatist and a forthright progressive on climate change at the same time.