Cheap gas will make Thanksgiving traffic even worse this year 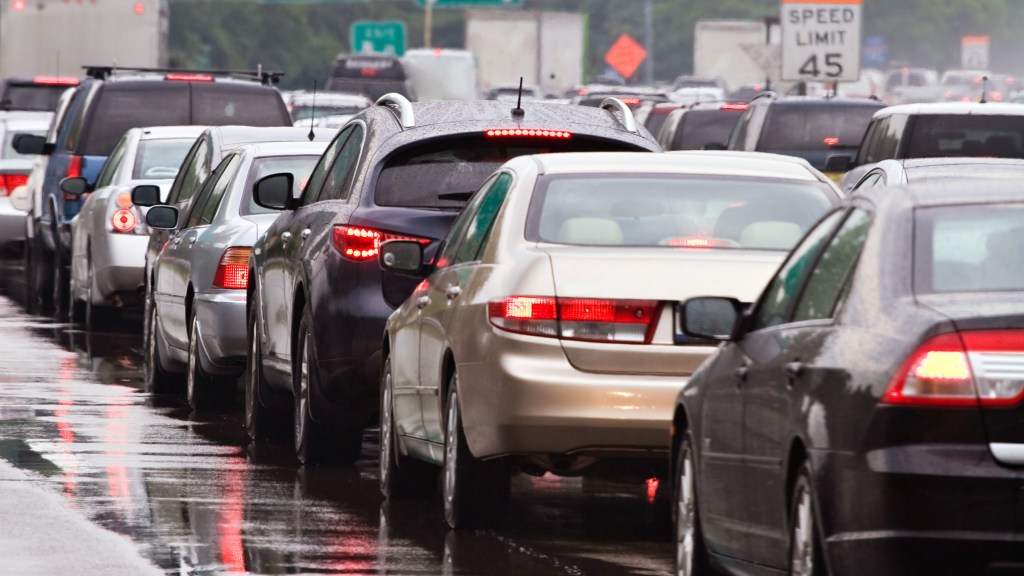 Cheap gas will make Thanksgiving traffic even worse this year

Think last year’s Thanksgiving traffic was bad? This year, it’ll be even worse. Drivers should expect this Wednesday’s travel times to be 25 to 36 percent longer — and for rush hour to start two hours earlier — than on a typical Wednesday, according to the annual INRIX Thanksgiving Traffic Forecast. Basically, INRIX analysts say, don’t even bother trying to drive between 2 and 5 p.m. on Wednesday, unless by “drive” you mean “sit and stare at a Coexist bumper sticker,” which, I know, is everyone’s favorite thing.

Still, we’re a masochistic bunch. AAA projects that over 46 million people will journey more than 50 miles for Thanksgiving this year — the biggest number since 2007, and a 4.2 percent increase from last year.

And why, for heaven’s sake?! Probably ’cause gas is cheap: This week, we’re seeing the lowest gasoline prices since 2009. The national average is $2.85 a gallon right now, 43 cents cheaper than last Thanksgiving. That means drivers in Los Angeles, Portland, San Francisco, and Seattle, in particular, are going to be sitting in some of the thickest gridlock in years, according to INRIX:

Yeah, Los Angeles drivers know a thing or two about traffic, but man, the above chart suggests that the average pre-Thanksgiving trip is probably going to take them more than a third longer than the average traffic-clogged day, says analyst Jim Bak.

“Los Angeles is simply the worst place to be on the Wednesday before Thanksgiving,” said Bak. “The combination of people arriving for the holiday with those leaving town and normal commuter traffic will result in steady traffic all day long.”

Oh boy! Now that sounds like a happy holiday — and yet another reason we really, really don’t want cheap gas.