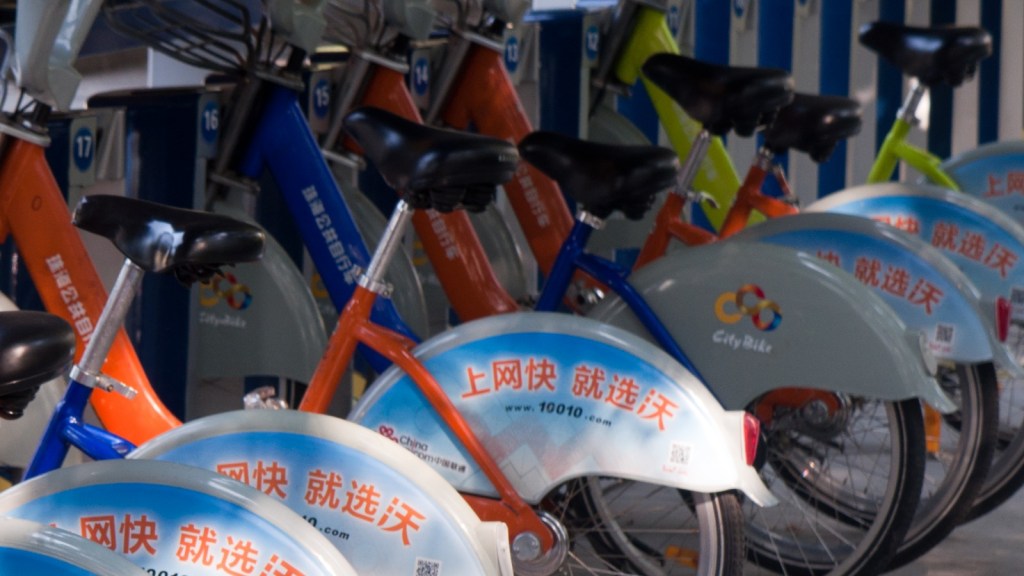 The Chinese have tried every trick in the book to clear up urban smog that, at times, has literally broken the pollutometer. We’ve seen everything from protest art to threats from the government to execute some of the country’s worst polluters.

But there’s another smog fighting tool hitting the streets now, too: The humble, and once common bicycle.

According to a 2008 report by the Earth Policy Institute, bicycling in China took a serious dive between 1995 and 2005: The country’s bike fleet declined by 35 percent, while private car ownership doubled.

Now, according to the Atlantic, bikes are making a comeback, in part because of ubiquitous bikeshare programs. In fact, of the top 30 cities worldwide with more than 5,000 bikes in their systems, 24 of them are in China, Vox reports:

“…over the last couple of years, China has lapped the field several times over. As its private bicycle fleet has declined — largely because more and more people can afford cars — officials have implemented bike share programs to give residents a transportation option that cuts down on traffic.

All told, China has eight cities with more bike share bikes than the entire United States does.”

To compare, France, the country tailing China for second place, has 45,000 bikes making up its bikeshare programs, and the United States rounds out fourth place with close to 20,000 bikes.

China’s budding bikeshare programs are likely putting only a small dent in a massive pollution problem, as the country still burns loads of coal — and the jury is still out on just how much carbon dioxide these programs prevent from entering the atmosphere.

But hell, if world’s most populous country has managed to spread bikeshares like fire, who are we to argue?