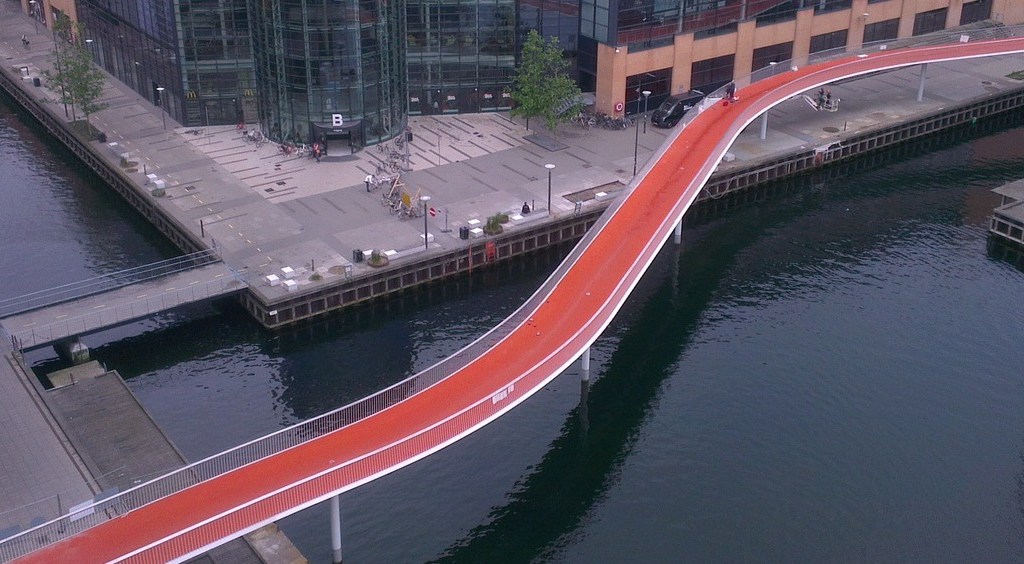 In Copenhagen, where bicycles outnumber people and nearly 40 percent of residents cycle to work, bike-friendly infrastructure is key.

But, even though more than 200 miles of bike lanes wind throughout Copenhagen, congestion is a common issue. The city is home to the world’s busiest bike lane, on which up to 40,000 cyclists travel daily.

“Underneath, there’s a harbor front, so there are slow moving-pedestrians,” says Mikael Colville-Anderson, CEO of Copanhagenize, a Danish design company. “It wasn’t a smooth commute for the cyclists. The people on bikes want to get home and the pedestrians want to saunter.” Pedestrian-cyclist conflict was never an issue, but cyclists couldn’t pedal at a constant speed, and they had to deal with stairways. The new roadway, which runs one story above the ground, lets them move without interruption. At just over 13 feet wide, there’s plenty of room to pass even a double-wide cargo bike.

At roughly 700 feet long, it will only take most cyclists less than a minute to traverse the Cykelslangen, but props to Copenhagen for building another bike path that’s practical and beautiful to boot.