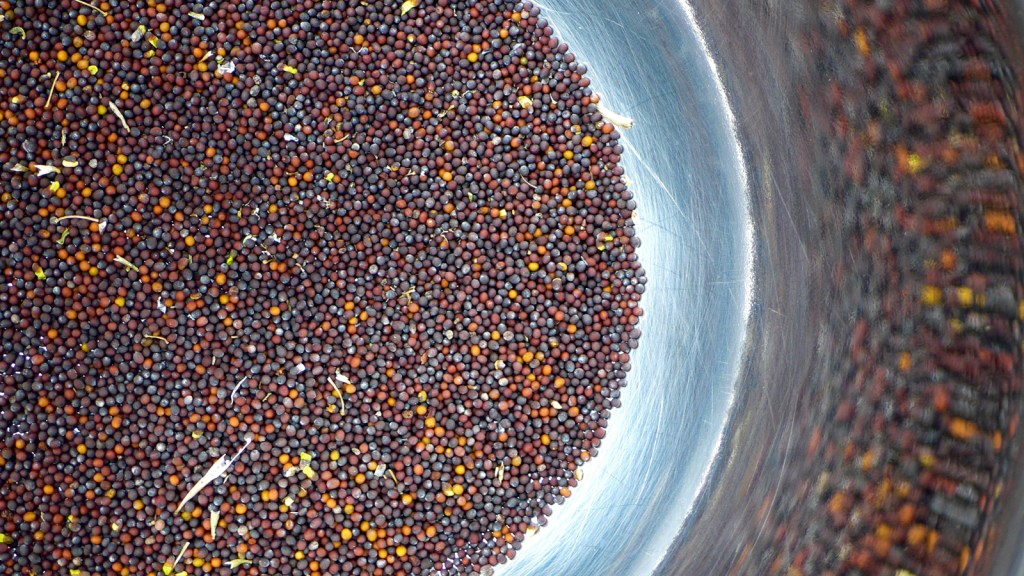 It seemed like one of the most wholesome, homespun things that a local library could do — but it was exactly how an innocent branch library like the Joseph T. Simpson Public Library in Mechanicsburg, Penn., headed down the road to lawbreaking.

It started this way. A local group called the Cumberland County Commission for Women had heard of a new thing that local libraries were doing — creating lending libraries for seeds. Someone found an old card catalog and turned it into seed packet storage. Someone else got advice from the local Penn State Ag Extension office. With the help of the librarians at Joseph T. Simpson, they launched the project in April, on Earth Day.

Then, in June, the library received a letter from Johnny Zook, seed program supervisor at the Pennsylvania Department of Agriculture. The missive informed the library that it was in violation of the Seed Act of 2004. You can read the correspondence because the Simpson Seed Library, like the good librarians they are, posted it on their website.

As the Seed Control Officer for PA I would like to inform you about the PA Seed Act and Regulations. It has come to my attention through various avenues (TV, postings, word of mouth, Internet) that you plan to offer your  patrons the option to participate in a “Seed Library.” My understanding is that patrons will be able to “check out” seeds, take them home and plant them, harvest any resulting fruits, collect seeds and “return” the collected seed to the “Seed Library” for planting the following season. I wholeheartedly support the promoting of gardening sharing of resources, and connecting people through a communal experience, but I believe there are some issues of seed distribution that you may not be aware of.

The letter goes on to say that all persons dropping off seeds would need to purchase a seed license, leave their name and address on the seed label, and keep complete records (including samples) of each batch of seeds distributed, for two years, in a place that would be accessible for inspection during regular business hours. Seeds would also have to be tested according to Association of Official Seed Analysts (AOSA) rules for germination. Without these regulations, the results could be disastrous. Writes Zook:

Heirloom kinds that are open pollinated will only breed true to variety provided they are not cross pollinated with another variety … it is a real possibility that someone could plant a seed designated as an Acorn squash and when the fruit develops find a fruit that is whitish gray with green flesh that is almost tasteless.

Of course, this is a seed lending library, not a duplicitous seed emporium. And your average gardeners weren’t born yesterday; they know that while open-pollination can produce some lousy vegetables, it can also produce new varieties are both delicious and better suited to regional climates. But, just to be on the safe side, Joseph T. Simpson Public Library closed down the program.

At the city commissioners meeting following the seed library’s closure, the library system’s executive director, Jonelle Darr, told the commissioners that she thought that media coverage of the seed library was a factor in why the Department of Agriculture chose to make a move then. She said the department had indicated that it was moving to quash other seed libraries in the state.

Responses on the part of the commissioners were mixed. Wrote the Cumberland County Sentinel:

Some of the commissioners questioned whether that was the best use of the department’s time and money, but commissioner Barbara Cross noted that such seed libraries on a large scale could very well pose a danger.

“Agri-terrorism is a very, very real scenario,” she said. “Protecting and maintaining the food sources of America is an overwhelming challenge … so you’ve got agri-tourism on one side and agri-terrorism on the other.”

We’ll leave it to you, gentle reader, to speculate as to what kind of agroterrorism. There hasn’t been a single documented act of it since 2002, when American and forces supposedly found al Qaeda training manuals targeting agriculture during a raid in Afghanistan. The general consensus is that — like many of the things in our lives that could go horribly wrong — agriculture just isn’t exciting enough from a terrorist perspective.

Meanwhile, the Simpson Seed Library has forged ahead, but now only provides labeled seed from licensed seed distributors. It does host seed swap events, where local gardeners can trade their unlicensed seeds with each other.

The intent was never to shut down the program, Samantha Krepps, press secretary for the state Department of Agriculture, told the Cumberland County Sentinel. “This was accepted as a realistic solution. As a regulatory agency, it is our charge to protect commerce, and also protect the library from any liabilities.”

The story attracted the attention of seed libraries in other states. Those states may not have Pennsylvania’s laws (or at least not its zealous Department of Agriculture), but they worry that existing laws on the federal level might be used to force similar rules on them. The whole point of enabling seed sharing between backyard gardeners is to preserve crops that are adapted to local climates, and to enable the plant sex and genetic mixing that would generate new ones.

According to David King, founding chair of the Seed Library of Los Angeles, since the L.A. library started in 2012, it has managed to preserve a line of beans that dated back to the 1800s by growing plants and distributing the seeds to members — an act of organized seed distribution that would be banned under the Pennsylvania rules.

“A radish that comes from New York is not going to be the same as something from Texas,” King told the Sentinel. “We have been told the way to abundance is through scientific research, not by limiting the variety out there. This fulfills that call.”