Detroit will stop shutting off people's water -- for now 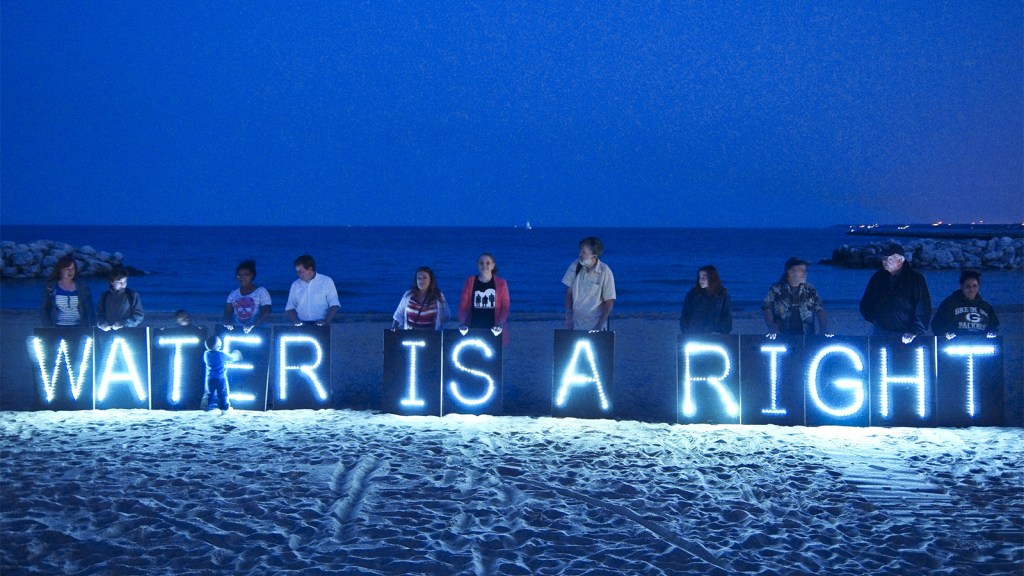 Detroit will stop shutting off people’s water — for now

Monday morning, the Detroit Water and Sewerage District (DWSD) announced that it would stop shutting off people’s water, at least for now. What was it, in this infrastructural showdown I wrote about last week, that caused the change of heart? Was it the condemnation from the U.N.? The protestors blocking utility shut-off trucks? The giant march on Friday, featuring Mark Ruffalo and a megaphone? The children holding signs that read “We need water to brush our teeth”?

The DWSD isn’t saying. Here’s what it is saying: “We are pausing for 15 days to refocus our efforts on trying to identify people who we have missed in the process who may qualify for the Detroit Residential Water Assistance Program.” That’s according to DWSD spokesperson Bill Johnson in a phone interview this morning.

The Water Assistance Program is a long-defunct but recently revived program that allows Detroit residents who are below the federal poverty line to keep their water running as long as they agree to pay a fraction of the overall bill each month. The program was suspended in 2012 when all of the people who managed it at the Detroit Department of Human Services were laid off. The program continued to accumulate money, Johnson says, but there was no one around to help pass it out. This June, DWSD signed a contract with THAW — a nonprofit that helps Michigan residents with their heating bills — to restart the Water Assistance Program.

Detroit’s water crisis has been a long time in the making. Partly it’s due to forces that are affecting many American cities — our infrastructure is aging and we don’t have the resources to maintain it. But DWSD’s issues are larger than that. The utility, like many municipalities and utilities around the country, made some really bad investment decisions in the years leading up to the financial collapse in 2008. DWSD has paid out over $500 million to Wall Street banks as a result.

Residents have complained that homes and small businesses are being cutoff, while larger clients like golf courses are not. Johnson maintains that many people who are being cut off can afford to pay. “A lot of Detroiters, for a number of reasons, don’t pay their bill. We think mainly because it isn’t a priority. They pay their cable bill or their phone bill, but not their water.” Because DWSD has so many unpaid water bills, Johnson says, Detroit residents saw an 8.7 percent increase in their water rates, compared to the 4.2 percent increase that DWSD passed on to the suburbs.

During the 15-day pause, says Johnson, DWSD will step up its efforts to find people who are using water illegally: “There are people who follow our crews around, and when we turn off someone’s water, they’ll knock on someone’s door and offer to turn it back on for a fee. Maybe they used to work for DWSD. Maybe they just know how to make the tool. It’s a big problem.”

Meanwhile, the Water Brigade, a protest group that formed in response to the shut-offs, is pushing for an earlier version of the Water Assistance Program. This one was was developed in 2005 by the Michigan Welfare Rights Organization and a group of other nonprofits, and it would have capped water payments at 2.5 percent of monthly income, which is the rate that the EPA thinks is fair for a middle-class household. At the time, researchers working on the Affordability Plan found that some Detroit residents were paying more than 20 percent. Until that plan is implemented — or until the shut-offs cease for good — the Water Brigade says that it will continue organizing water deliveries to people who have had their water turned off.