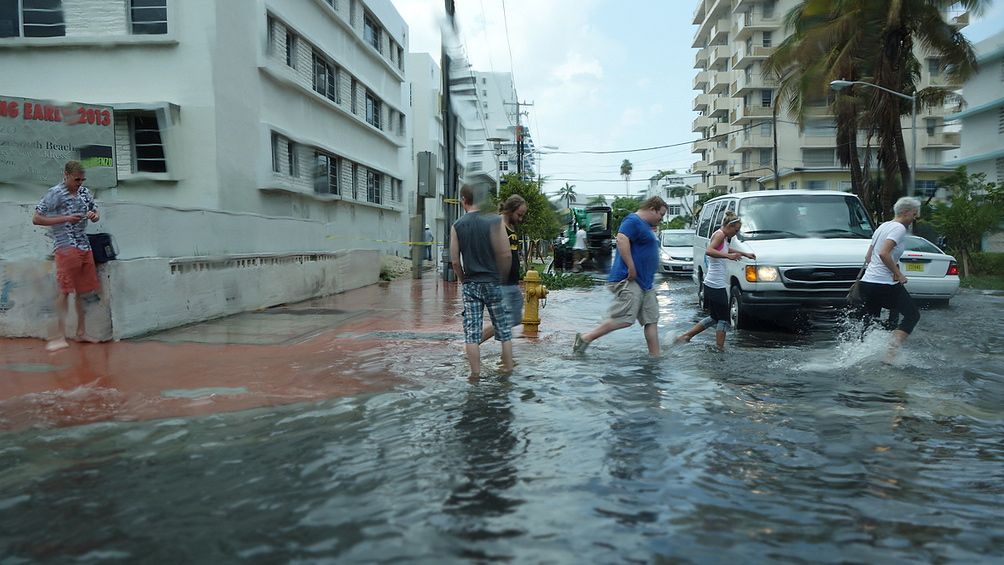 A new report finds that, thanks to sea-level rise, tidal floods are bathing East Coast cities more than ever. And within the lifetime of a 30-year home mortgage, ever-higher high tides will swamp coastal communities with much more frequency and severity, according to projections based on analysis of 52 tide gauges between Maine and Texas.

Suzanne Goldberg of The Guardian provides the deets:

The report, “Encroaching Tides: How Sea Level Rise and Tidal Flooding Threaten U.S. East and Gulf Coast Communities over the Next 30 Years,” from the Union of Concerned Scientists (UCS), found most of the towns on America’s east coast will see triple the number of flooding events by 2030.

By 2045, those towns will see 10 times as many tidal floods — and those floods will seep further inland, and last longer, the researchers said.

The study also highlights what coastal cities are already doing to protect their shorelines, calling for state and federal help to plan, fund, and implement resilience projects ASAP. The UCS authors acknowledge that rapid, steep cuts in carbon emissions are probably the only way to reduce the need to move people and structures further inland to higher ground.

But they also point out that a surge in tidal flooding is “essentially guaranteed” while the heat-trapping gases we’ve already set free hang out in the atmosphere doing their warming thing. The report’s call to action: Fortify seaside communities against the coming onslaught of water, and reduce carbon emissions to make sure low-lying areas aren’t permanently submerged later on. At the same time. Quickly.

Yeah, the heavy dose of realism is a bit of a downer for beach lovers and coastal dwellers. At least Climate Central made you a fun interactive map to preview future damage from sea-level rise.