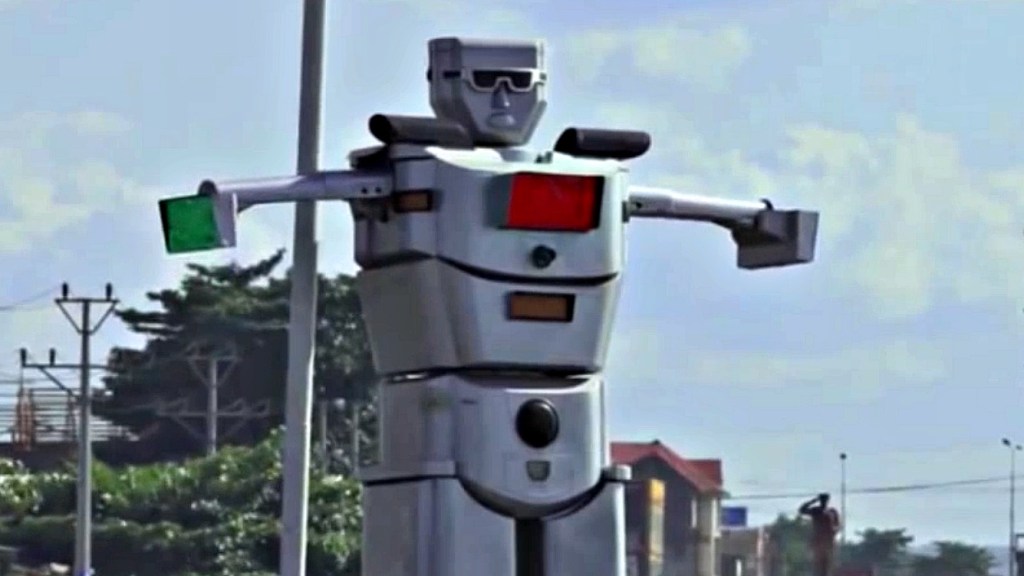 Traffic lights are easy to ignore. It’s not like they’re gonna hassle you for sliding through on a yellow. A giant robot, on the other hand, could morph into a Transformer or give you a trash compactor-style death hug or something. Some version of that thinking is behind two new solar-powered robots in Kinshasa, Congo, where the ’bots direct cars and pedestrians.

The robots stand over eight feet tall, with little faces and sunglasses and everything. They’re even outfitted with video cameras in order to creep people out record traffic violations. (There appears to be no tie-in to the new RoboCop movie.)

If you speak French or just wanna watch it swivel around and raise its robot-arms, check out this video:

According to the Washington Post, the robots are performing well:

Commuter Demouto Mutombo told CCTV Africa through an intrepreter: “As a motorcyclist I’m very happy with the robot’s work. Because when the traffic police control the cars here there’s still a lot of traffic. But since the robot arrived, we see truly that the commuters are respectful.”

But does it eat donuts?!