Half of Paris just took a mandatory day off of driving 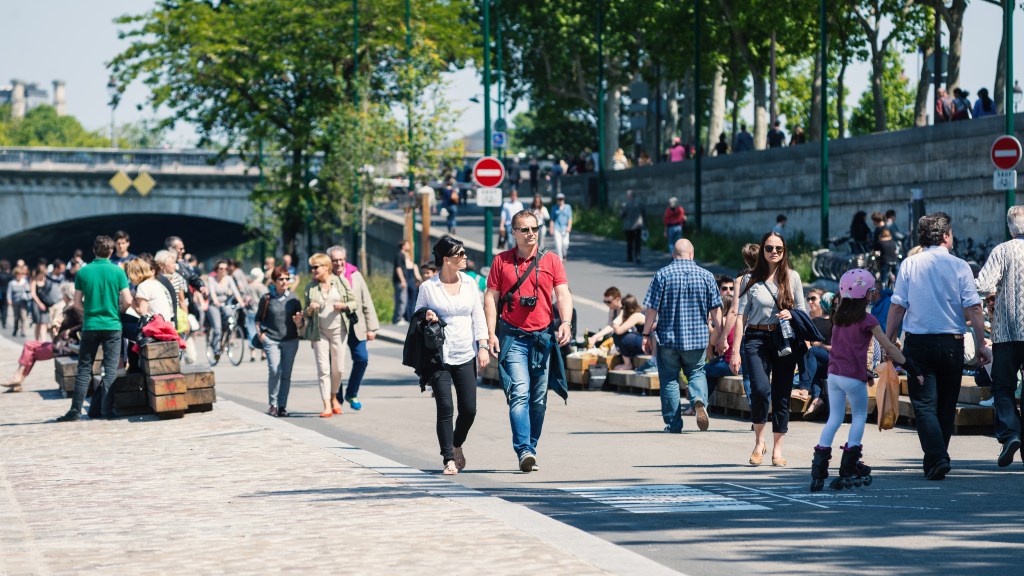 Half of Paris just took a mandatory day off of driving

As a former Angeleno who has spent hours (years?) stuck in L.A. traffic, A Day Without Cars sounds like a fucking dream. Back in 2011, government officials announced that a section of Interstate 405 would be closed for construction, which prompted predictions of “Carmageddon.” In reality, it didn’t do much more than inspire some daredevils to have a dinner party and try “planking” on the closed stretch of highway. However, the University of California Los Angeles did report temporarily improved air quality during the closure.

Which brings us to another smog-choked metropolis, Paris, where city officials are using partial bans on cars just to clear the air. The air quality in Paris occasionally beats New Delhi and Beijing for pure nastiness.

On Monday, the City of Love banned cars and motorbikes with even-numbered license plates. More than 1,000 police officers lurked around the city to enforce the policy, which could have been extended for another day, this time affecting drivers with odd-numbered plates, if smog levels did not decrease enough.

The ban was part of a law passed in 2014 that allows the government to limit traffic if micro-particles in the atmosphere rise above health-threatening levels, reports The Independent.

When the law was first tested last year, government officials lifted the ban after 24 hours, claiming that weather conditions had improved and pollution levels had decreased adequately, reports the Guardian. French Minister of Ecology Philippe Martin announced that 90 percent of Parisians complied with the ban to combat “five straight days of dangerous smog over the capital.”

To some, car bans might seem extreme, but it gives an equal opportunity for all drivers to suffer a little — or to discover the pleasures of riding a bus or a bike for a change!

In Las Vegas and California, local governments use similar tactics to limit use of increasingly scarce water, restricting residents to specific lawn-watering days.  These watering limits not only teach people how little water a lawn really needs and encourage them to plant less water-intensive yards, but when all hell breaks loose and everyone’s yards die anyway, well, at least everyone is in the same boat.

While another L.A.-style “Carmageddon” might not be appealing for Angelenos, it might be worth it for the city to give it another try. After all, it’s better to be stuck at home (or better, on public transit) than on the 405.