No, gentrification does not solve the problem of segregation 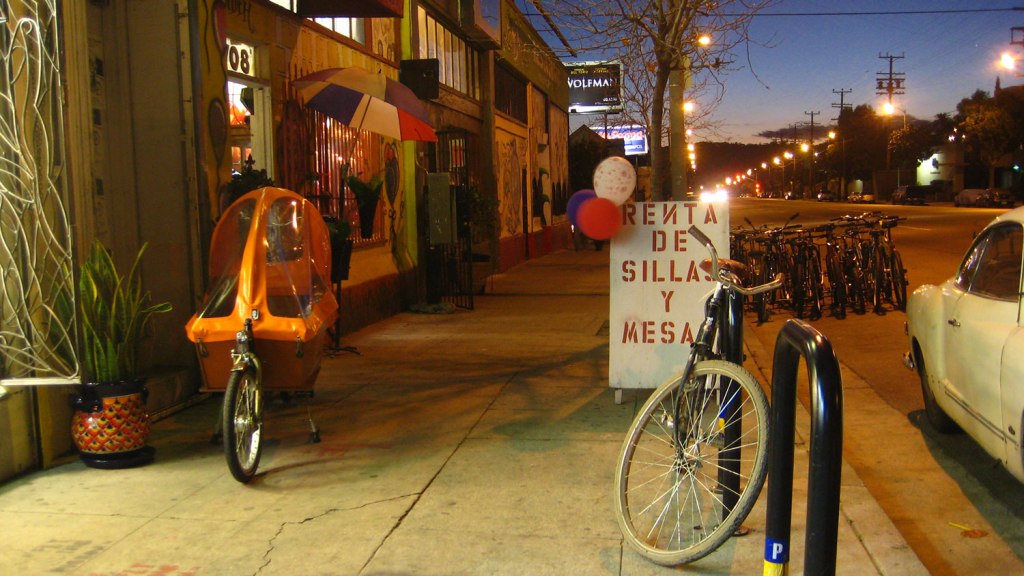 No, gentrification does not solve the problem of segregation

Racial and economic segregation is a problem in the U.S. as old as the colonies themselves. And so it may come as a surprise to read in The New York Times that gentrification, a process some view as modern colonialism, is leading the way in integration. But that’s what Los Angeles-based journalist Héctor Tobar argues in a Sunday Review column.

He writes about the Highland Park neighborhood in Northeast L.A., a predominantly Latino area that is currently gentrifying. At the moment, he writes, that has produced a pleasing mix of working-class Latino and upper-middle-class yuppie cultures:

There’s a vegan restaurant, alongside a very un-vegan fleet of taco trucks. The local bodega sells not just homemade salsa and cards for cheap phone calls to Guatemala, but also espressos and overpriced Pinot Noir in bottles that have corks instead of twist-off caps.

In Highland Park, as in other Latino barrios of Los Angeles, gentrification has produced an undeniable but little appreciated side effect: the end of decades of de facto racial segregation. It’s possible to imagine a future in which “the hood” passes into memory. Racial integration is on the upswing; for that, a cry of “Viva gentrification!” is in order.

Tobar is right that gentrification does often create integration in its early stages. But many now-gentrifying neighborhoods are likely to again be segregated one day — they’ll be overwhelmingly white. Just look at former Latino neighborhoods in Manhattan. The East Village was 68.5 percent Latino in 1980. Today it is less than one-quarter, and many of those who remain are heavily concentrated on the neighborhood’s far-eastern fringe.

It’s also worth noting that diverse and integrated aren’t exactly the same thing. If a neighborhood has rich and poor, or Latinos and Anglos, living side by side but generally frequenting different businesses and sending their kids to different schools, it may be very diverse but not very integrated.

It is still better for society to have that level of integration than none at all. But even that future is threatened without affordable housing. If housing prices exceed what current residents can afford, they eventually will leave. Except for those who own a home or inherit one, they will have no choice.

Tobar just waves this all away with a sentence: “The prescription to limit the damage caused by gentrification is fairly straightforward: Strengthen rent control laws, and develop new ways to fund housing for poor and middle-income people.”

Rent control does not, in fact, prevent displacement of the community — it only slows it. Rent control drives up the price of non-controlled units and discourages development, thus worsening the unaffordability of the rest of the market. It does prevent the displacement of individuals with rent-controlled apartments. But if their kids want to stay in the neighborhood when they grow up, they’re shit out of luck. I know, because I grew up in then-diverse and gentrifying, now fancy and unaffordable, Park Slope, Brooklyn. My parents still live there because they own their house, but I’ve never been able to afford renting my own apartment there. And while the new residents look like me and are just richer, the once-large Latino community has shrunk considerably. Between the 2000 and 2010 Censuses, the Latino population of Park Slope dropped 34 percent and the black population dropped 29 percent.

As their children and friends are forced to move away, the remaining rent-controlled tenants often find themselves surrounded by well-heeled strangers and stores they cannot afford. When they eventually die or move away, the neighborhood loses its remaining economic — and often therefore racial — diversity.

So gentrification has the potential to be good for integration, but only if housing prices are restrained across the neighborhood, including in market-rate units, and not just for current residents. That requires new construction of market-rate housing, which developers will build if land-use regulations like building-height maximums and parking minimums are loosened to allow it, and publicly subsidized, affordable units. Creating co-operative ownership structures with income restrictions, like community land trusts, can ensure that apartments and houses stay affordable even when their ownership changes. The hottest cities for global investors should consider new mechanisms for restraining the rich from driving up housing prices, like a pied-a-terre tax. But they also might need to return to some out-of-fashion big government programs, like public housing.

Gentrification presents an opportunity to increase integration and reduce climate pollution, but only if we get the policy responses right.