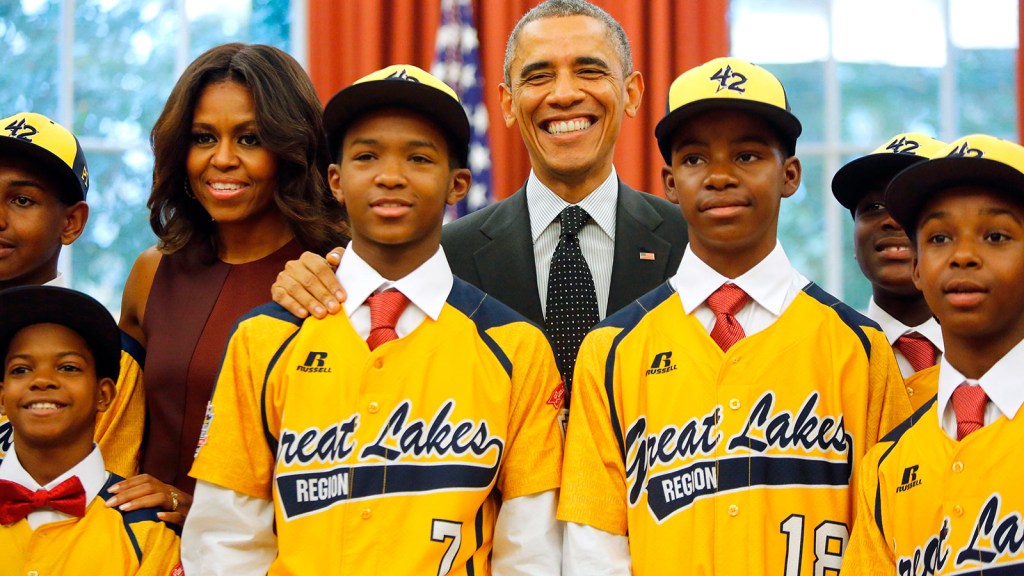 I’m sad because Jackie Robinson West, the Little League team from Chicago that won the U.S. championship last summer, will have its title taken away. Turns out the coach may have signed up some players that resided outside the area that the team represents, the South Side of Chicago.

The Jackie Robinson West squad was one of the feel-good sports stories of 2014. A team of African-American, inner-city kids, from one of the most violent areas of Chicago, makes it all the way to the Little League World Series final. The team of 12- and 13-year-olds dazzle with their sharp play and sportsmanship. The entire city of Chicago rallies around them. Talk of a resurgence in young, urban, African-American baseball players ensues.

Jackie Robinson West was more than just a group of young baseball players on a hot streak. The club represented hope. Hope that more inner-city kids might get out and play baseball rather than fall prey to their rough surroundings. Hope that more young African Americans might engage in a sport that has seen a decline in African-American participation in recent decades.

As we’ve written before at Grist, we need more excuses for city kids and young people of color to get outside, period. Poor people and communities of color often don’t enjoy the access to parks and green spaces that whiter, more affluent communities do. That lack of access brings higher rates of obesity and other ills. Some young city dwellers fear the great outdoors.

Baseball, on the other hand, fosters a connection to the outdoors.

As a kid, I played Little League baseball. I was good at it, too. I didn’t grow up in the city. I hail from a Jersey suburb about 50 miles outside of New York City. I am, however, African-American. Mixed, if you want to get technical. For me, the baseball field was my connection with nature. Sure, my parents took my brother and me to local parks and the beach. We had school trips to local farms. But my immediate family members weren’t hikers or skiers or surfers. It was outside, digging my cleats into the dirt, awaiting grounders at third base, where I felt most at peace with the earth.

Baseball is a sport that teaches you to deal with the elements (unless you play in a boring dome). Wind, sun, weather, and field surface all play a role. A hit ball skips a little differently toward a fielder on dirt than it does on grass or artificial turf. A summer thunderstorm can end an otherwise beautiful day at the ballpark. And there is just something zen about standing out in the field, breathing the outdoor air, waiting for a batter to strike the ball. For a moment, it’s just about you, the outdoors, and the ball.

Which is why the news about Jackie Robinson West has me bummed. Here was an opportunity to encourage more urban youngsters to get outside, play, and kick up some dirt with peers. The kids from Chicago had won the ultimate prize, something I and so many other young baseball players have envisioned: a trip to bucolic Williamsport, Pa., for a shot at the Little League World Series title. Now, there’s a shroud of doubt and scandal surrounding not just the team, but urban youth baseball. Jackie Robinson West is affiliated with Little League Urban Initiative, a program that supports baseball in cities. What began as a story about role models is now a story about foul play.

Maybe there’s more to Jackie Robinson West’s story that we don’t yet know. Maybe the coach or the program made an honest mistake. Maybe cries that a team of African-American kids came under heavier scrutiny because of skin color are true. Or maybe this is a case of adults cheating the system at the expense of outstanding young athletes.

Regardless, of all that I’ve read about Jackie Robinson West today, the words that stick in my mind come from Carol Thomas, who, according to the Chicago Tribune, lives across the street from JRW’s ballpark and is a longtime fan. From the Tribune:

“This breaks my heart,” Thomas said, patting her chest as she became emotional. “Those boys worked so hard. They brought together an entire city.”

Breaks my heart, too.