In San Francisco, could hanging your laundry get you evicted? 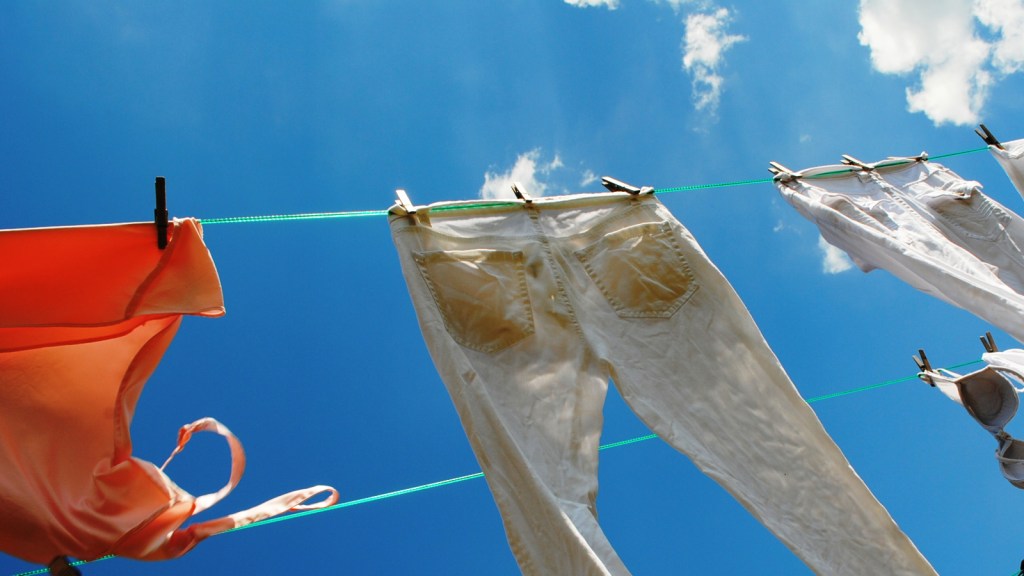 In San Francisco, could hanging your laundry get you evicted?

A property management company in San Francisco has spent the last several months handing out eviction notices to two dozen families who live in a single residence occupancy hotel (SRO) building in the city’s Chinatown.

The reason? The tenants have been hanging their laundry out the window to dry — not an uncommon sight in the neighborhood, and one that actually looks kind of nice, if you enjoy the sight of underpants in the wind (guilty as charged here). Paragon Real Estate Group maintains that this practice violates the building’s rules.

The tenants responded — as one does in San Francisco — with a protest. For graphical flair, they held up hangers with T-shirts on them that read, “Hanging laundry is not a crime.”

Randy Shaw, executive director of the Tenderloin Housing Clinic, told the San Francisco Chronicle that the property owners don’t have a case: If the building’s previous owner didn’t object when they hung out laundry, then the building’s current owners have no right to either.

Paragon maintains that since it began managing the SRO for Emery Vallejo LLC, which bought the building in 2013, it has been doing everything it can to make a not-nice building into a nice one. It fixed up the bathrooms. It eliminated numerous health and building code violations. Now all it wants is to get these tenants out of there — along with their habit of festooning the fire escapes with laundry and the hallway with Chinese New Year’s decorations.

It has escaped absolutely no one’s attention that the SRO is exactly two blocks from the Columbus & Union Google Bus stop.

Of course, gated suburban communities and homeowner associations have their rules against the eyesore of solar clothes-drying. But it seems strange that San Francisco, a city with such progressive political views, clean energy aspirations, and unnaturally pleasant weather, would allow any landlord or neighborhood to forbid hanging laundry out to dry.

In the early 20th century, San Francisco was once known as the “Hotel City” — a place that attracted the kind of people who were willing to share a bathroom and a kitchen with complete strangers in exchange for living in the big city. SROs were popular with a lot of people: immigrants, single people, retirees, bohemian types (as a young single mother trying to make it as a modern dancer, Maya Angelou spent several years living in a San Francisco SRO). But they also acquired a reputation as being a housing option of last resort — occupied by the kind of people who literally could not afford to live anywhere else.

San Francisco has some of the strongest tenant protection laws around partly because, from the 1960s through the 1980s, San Francisco demolished thousands of units of housing — particularly SRO hotels — to make way for redevelopment projects like museums, shopping malls, and convention centers. It was a contentious time — in 1977, Richard Hongisto, the city’s sheriff, refused to evict the mostly elderly Filipino tenants of the International Hotel, and spent five days in a city jail cell before finally relenting.

Today’s San Francisco is beginning to look like its past all over again. SRO-style living situations aren’t seen as gross or “out there” any more; in fact, in some cases they’re being aggressively marketed to young tech professionals, with sharing a bathroom reframed as “communal living.”

Meanwhile, the issue of laundry rights is shaping up to be the next vanguard of community activism — something like what backyard chickens or urban farming were for the last decade. While California is one of 19 “Right to Dry” states, that right doesn’t extend to people living in apartments, condominiums, trailer parks, or anywhere with a homeowners’ association agreement, according to Laura Shafer, who has been working to fully legalize line-drying in California for several years.

The gold standard, Shafer told me, is set by states like Vermont and New Hampshire, which have not only protected line-drying, but also any other solar-energy device — solar panels or solar water heaters, for example — that might alarm landlords and/or neighbors. AB 1448, introduced into the California State Assembly this February by Patty López (D-San Fernando) will bring California’s laundry laws up to that level — if it passes.

Shafer has high hopes for the regulation. “It’s getting hotter and drier in California. We need this,” she said. “The clothesline is such a lovely little appliance. If only everyone would use it.”