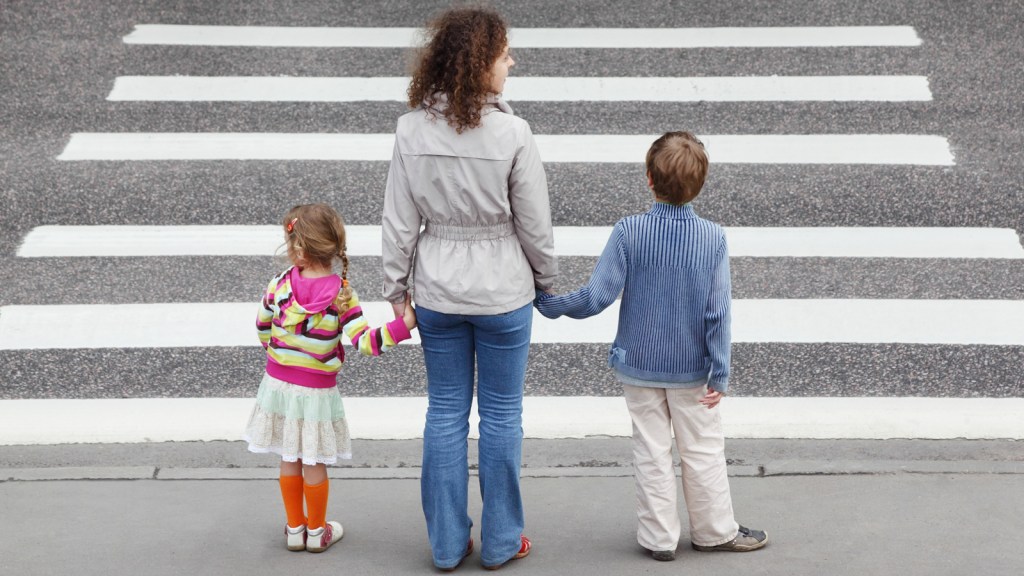 Journalists are always on the lookout for a story that defies conventional wisdom. Starting around 1960, most city dwellers who could afford to moved to the suburbs. For the next 40 years, cities generally grew poorer and less white, as their populations shrank or stagnated. Even though gentrification took root in many urban neighborhoods in the most desirable cities, it was defying the larger trend. So in the aughts, the press glommed onto every tiny sign of affluent professionals moving to cities. One coffee bar opened in a poor neighborhood and the hiss of its espresso machine was heard ‘round the world.

Then that trickle of gays, artists, and liberal professionals in a handful of neighborhoods turned into a flood of yuppies into cities nationwide. Now the narrative that cities are on the upswing and young people are flocking to them has become the new conventional wisdom. There’s even a new term to describe the phenomenon: demographic inversion. And so, in just the last couple years, news outlets have grown fond of a new genre of counter-intuition: pieces arguing that young people will ultimately settle down in the suburbs after all.

These stories, based on demographic data, claim that while young people have become more inclined to live in the city before having children, they overwhelmingly prefer the suburbs once they start families. Young professional populations are rising in cities, but it’s just a transient phase, goes this line of thinking — and since the highly educated are having kids later in life, they’re just slower to make the inevitable move. As CityLab put it in a recent article, cities may have reached “peak millennial.” Joel Kotkin, the leading suburban triumphalist, seems to have made a full-time job churning out op-eds to this effect.

While it is a statistical fact that more Americans are still moving to the suburbs than to inner cities, it is a mistake to assume that means they all want to do so. The truth is more complicated. Where people end up living is not necessarily where they want to live. If you look more closely, you will see that we’re pushing many people who would prefer walkable urbanism out to the suburbs against their will.

There is a clear gap in stated preference between millennials and older generations. A poll taken in 2014 by TransitCenter, a pro–public transit nonprofit, found that 32 percent of Americans younger than 30 say their ideal neighborhood is in a city, versus 16 percent of people 30 and older. Pro-suburb demographers point to statistics such as these as evidence that young people will grow out of their affection for cities. But it could just as easily be interpreted as evidence of a generational shift in preferences. And while more young people are moving from cities to the suburbs than the reverse, the rate of moving to suburbia has slowed dramatically in the last 20 years.

To assess where people want to live, you can’t just look at where they are moving. You also need to look at what they say they want and what they show they want by trying to rent or buy it. The economist’s axiom that “people vote with their feet” is better demonstrated by price signals than by where people end up, since they cannot move to homes they cannot afford. Surveys show that there are more people who want to live in a walkable urban area than can be accommodated by the current supply of walkable housing stock. That’s why prices are so high in the densest neighborhoods and cities.

Also, of course, people move to where there are jobs. Young people are moving to North Dakota because of the oil boom, but no one in their right mind would say that proves millennials want to live in North Dakota.

If you ask young parents why they have left a star city for its suburbs, or for a cheaper Sun Belt region, you won’t hear most of them say “because I wanted to shop at strip malls and big box stores” or “because I love driving everywhere.” There’s nothing about having kids that necessarily changes your aesthetic and lifestyle preferences that much. What having kids does mean, though, is that you need more living space and are more apt to worry about crime and schools. Many young parents who love city living simply find that the urban neighborhoods they prefer are too expensive, seem too dangerous for kids, are served by underperforming schools, or otherwise feel unsuitable for raising a family.

Martha Hamilton works at a nonprofit and has two children with her husband. Two years ago, they moved from Adams Morgan, a nightlife mecca in Washington, D.C., to Takoma Park, Md., a D.C. suburb. Their new neighborhood is famous for its diversity, liberalism, and relatively urban amenities. That’s what drew Hamilton’s family there, and she says they are lucky to have found a home they could afford in such a desirable, transit-accessible D.C. suburb. But it’s not a move they would have made if they didn’t have to. “I became unexpectedly pregnant again three years ago,” says Hamilton. “So we were not only thinking about schools for our then-5-year-old, but we also needed more space. I really miss D.C. a lot. What we really loved about living in Adams Morgan was just the energy of living in the city, the walkability, being walking distance from hundreds of restaurants. We loved the diversity, the sense of community. I loved being able to walk to work.”

Likewise, Robert Lasner, a New York City publisher, and his wife recently relocated with their two kids from Brooklyn to South Orange, N.J. “We moved for the typical kids-and-school reasons,” he says. “Our choices were private schools we couldn’t afford, charter schools we didn’t want, or public schools that weren’t that good.”

Some parents of millennials were pushed into making the same kinds of moves when their families were younger. Ralph DiBart, a former planner for the New York City Department of City Planning, describes living with his wife and their daughter Amanda in the farther reaches of Manhattan’s Upper West Side in the 1980s: “When Amanda was young we were able to send her to Rodef Shalom [a Jewish day school], there were playmates in the building, and although the neighborhood was dangerous she wasn’t going out alone,” he says. But the area was still plagued by high crime and the public schools were struggling, so as she got older, the situation became less tenable. “The quality of life for her in this neighborhood was not good because we could not let her roam,” DiBart recalls. “Private school tuition was quite expensive and we couldn’t afford the escalating costs.”

DiBart had left the city government to work as a consultant for smaller cities north of New York City, so the family moved to Scarsdale, N.Y., an affluent suburb in Westchester County known for its high-quality public schools. As soon as Amanda graduated from high school, though, Ralph and his wife moved back to Manhattan. Given the right combination of affordable housing, good schools, and safety, they never would have left at all. The DiBarts’ story is a common one, which is why some of the most expensive cities, such as San Francisco and Seattle, have a disproportionately small share of children.

The reasons people give up walkable urbanism also vary by city and region. Star cities like New York, Boston, San Francisco, Seattle, and Washington, D.C., often see middle-class families leave for the suburbs because they can’t afford more spacious housing in the city, and the high costs of taxes and child care just add to the problem. Some parents in those cities also also worry about crime and schools — at least in the neighborhoods they can afford to live in.

In older industrial cities like Baltimore and Pittsburgh, housing is much more affordable, but crime, schools, poor delivery of city services, and other quality-of-life issues — lack of greenery or limited access to good grocery stores, say — are bigger problems.

So when parents head to the suburbs because they cannot afford a large enough home in the city, or they perceive neighborhoods as unsafe or neighborhood schools as inferior to suburban schools, this doesn’t mean they no longer have any use for walkable urbanism. That’s why many of them return to cities after their children are grown. And the large number of Baby Boomers means that the trend of empty nesters returning to cities will only keep growing in the decades ahead.

But that too poses a challenge for young families. If they have to compete for housing with people who can sell a big suburban house and buy an urban condo in cash, they’re at a disadvantage.

Ultimately, all cities should be trying to figure out how they can expand their housing supply, improve their schools, build up their transit systems, and develop other infrastructure to accommodate everyone — the young, the old, and even the middle-aged with families — who wants to live there. Since city residents tend to have lower carbon footprints than suburbanites, that’s a critical part of building a low-carbon, sustainable future. As DiBart says, “The goal would be to have a city which has housing which can meet the needs of people in all parts of their lives.”