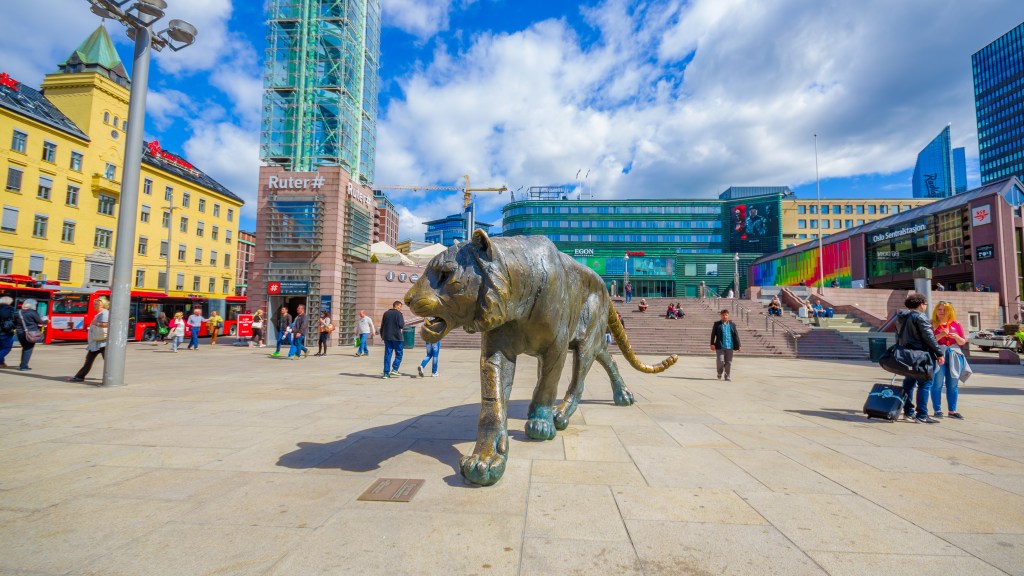 There goes Norway making the rest of the world look like crap again.

The Guardian reports that the Oslo city government recently proposed a ban on private vehicles in the city center after 2019. In addition, the city government — a coalition of the newly elected representatives from the Labour Party, the Socialist Left, and the Green Party — plans on divesting its $9 billion pension fund from coal, oil, and gas companies.

The capital of Norway’s city center isn’t highly residential — only 1,000 people live there, according to the Guardian — but about 90,000 people work in the area. Now, how are all those commuters going to get to work come 2019? Increased bike lanes, for starters, along with subsidizing the cost of electric bicycles — which we sure hope come with heated butt warmers. All such efforts are part of a comprehensive plan to reduce the overall greenhouse gas emissions in the city by half compared to 1990 levels by 2020, and reduce automobile traffic by 30 percent by 2030.

“In 2030, there will still be people driving cars but they must be zero-emissions,” said the Green Party’s Lan Marie Nguyen Berg at a press conference. “We want to make it better for pedestrians, cyclists. It will be better for shops and everyone.”

You would, Norway. You would.