Pittsburgh screwed its residents by hiring a private water manager 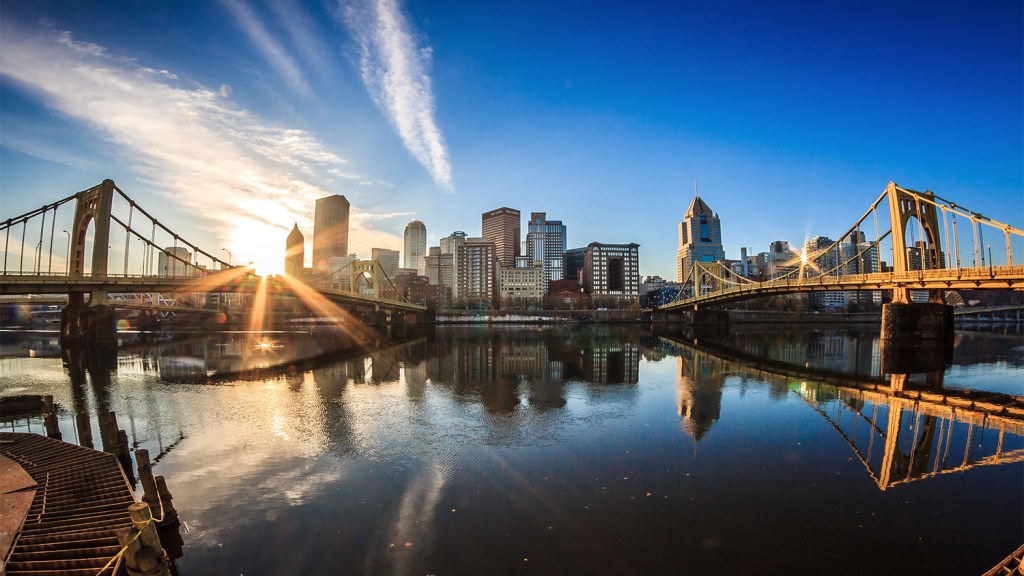 Pittsburgh screwed its residents by hiring a private water manager

Back in the heyday of New Deal liberalism, Americans used to think that water was a public good. Those FDR-era socialists were filled with crazy ideas, like access to clean drinking water as a “human right” or a “public health necessity.”

But since there is nothing a profiteering corporation won’t claim it can do more cheaply than the public sector, our cities have begun to outsource management of their water systems to foreign corporations. And since corporations operate water systems purely for profit — rather than for some other inefficient purpose, like keeping people hydrated — they have started threatening to shut off the water supply to anyone who hasn’t paid her bill.

There’s just one problem (aside from the fact that cutting off someone’s water supply is inhumane): Those unpaid bills can be wrong.

Faulty radio-controlled water meters multiplied some customers’ bills by as much as six times, leading the Pittsburgh Water and Sewer Authority to cut off service or threaten to do so, according to a lawsuit.

The lawsuit contends the authority knows there are problems with the meters, but customer complaints are not being dealt with fairly or promptly …

The water meter interface units, or MIUs, “are radio controlled and purportedly read the exact amount of water used by a customer.” Their purpose is to eliminate bills based on water usage estimates determined by a customer’s past use, the lawsuit said.

“Instead, these MIU systems have catastrophically failed and customers have received grossly inaccurate and at times outrageously high bills,” the lawsuit said. One customer was billed for using 132,000 gallons in one month on a vacant property, for example.

An authority news release in February says some of 83,000 customers who received the new meters in September 2013 have had problems, which the authority expects to fix by July …

“PWSA is acutely aware that the billings are wrong but do not hesitate for a moment to issue ‘shut off’ notices and then arbitrarily turn off water service,” the lawsuit states.

How did this problem come about? Back in 2012, PWSA signed a contract with a company called Veolia to manage its water supply. Essentially, Veolia comes in and takes over business-management roles at public water authorities, gets paid for the service, and then cuts costs through measures like laying off half the workforce. Under the terms of Veolia’s contract with PWSA, the firm gets to keep half the savings that accrue.

Cities are learning the hard way, however, that these private companies do not actually have the superior managerial acumen that they claim. Pittsburgh is not the only city where Veolia has massively overbilled thousands of residents.

In 2012, Eleanor Sochanski, a 91-year-old resident of Camden, NJ, suddenly received a bill from United Water for $2,167 after averaging quarterly bills of $50-$60 — and even though the private company couldn’t explain the bill and no leaks were found, it placed a lien on Sochanski’s home. Similarly, California-American Water couldn’t explain the $9,800 bill Toni Ray of Carmel Valley, CA suddenly received after having averaged bills of around $40 a month in her home. And Middletown, NJ resident Joe Pezzano was shocked to discover that New Jersey American Water Co. (another private company) had shut off his water entirely because of an overdue balance of 84 cents.

While 90 percent of the water supply in the U.S. is still public, water privatization has been more widespread — with even more devastating results — in the developing world. For example, as The Guardian reported in January about Lagos, the capital of Nigeria: “About 80 percent of Lagos’s piped water supplies are thought to be stolen, only 5 percent of people receive it in their houses, taps are often dry, sanitation is non-existent across much of the metropolis and the hospitals are full of people suffering diarrheal and other water-borne diseases.”

Moreover, cities are finding that cutting back on what you spend on ensuring water quality has a tendency to affect … wait for it … water quality. “[Private companies] save money by cutting corners, [such as] cutting down on water quality checks or reporting,” says Erin Diaz, a campaign director with Corporate Accountability International. As a report from last November by the Public Services International Research Unit and Corporate Accountability International noted, “In 2012 Gladewater, Texas, a city near Longview, spent $77,000 to end its contract with Veolia Water North America … Veolia had violated federal water quality standards numerous times since 2004 and failed to make the necessary investments in the city’s infrastructure, reportedly leading to three complaints a day from community members of brown and/or foul water. Some residents reported only being able to use bottled water for drinking.”

Admittedly, the threat of shutting off water to poor people who cannot pay their bills is not unique to privatized water systems. As Grist highlighted last week, public water systems in Detroit and Baltimore are doing just that. CityLab’s Kriston Capps calls it “a potential public-health crisis in the making.”

Diaz says this represents “public water systems taking unfortunate cues from private water systems.” Perhaps it’s more accurate to simply think of shut-offs and privatization as a unified phenomenon: Cities are treating water like a privilege, not a right, and they are placing money ahead of human lives.