HBO’s Show Me a Hero, which ended last night, cuts right to the stereotypes about public housing: It breeds crime and hatred toward the police, tenants don’t want anything better in their lives, surrounding property values go down. The six-part miniseries is based on a true story. In the 1980s, a court mandated that the city of Yonkers, N.Y., build public housing units in predominantly white neighborhoods. On the show, we see white residents and politicians vocally — and sometimes violently — oppose the judge’s decision. Housing poor black and brown people is fine as long as it’s in segregated ghettos. White neighbors use code words to mask their fears — until episode four, when someone finally clearly expresses the underlying sentiments by scrawling “nigger” on the new construction. Even if the housing is going to be built, the new neighbors won’t be welcomed.

Such stigmas didn’t go away after Ronald Reagan left office or after the Yonkers public housing got built, and cities still wrestle with the right way to provide housing to low-income folk. Which is why the editors behind this spring’s Public Housing Myths: Perception, Reality, and Social Policy, from Cornell University Press, curated an anthology of essays by scholars that take on some of the most vexing stereotypes about public housing.

I spoke to Lawrence J. Vale, one of the editors of Public Housing, to talk about some of the book’s most important lessons.

Public housing began as a reward for success, not failure. 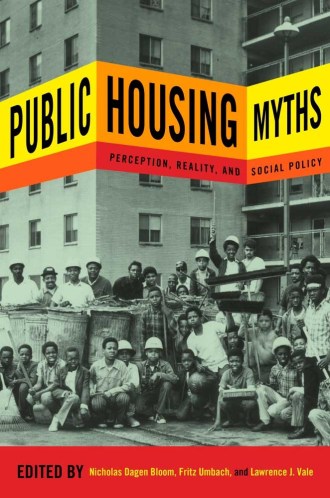 “Public housing started for the barely poor, not the poorest of the poor,” says Vale. Starting in the 1930s, cities used selective criteria for granting keys to apartments. They looked for working two-parent households, “people who had stable employment who could pay rent reliably,” he says. In other words, public housing was a reward. But, starting as early as the 1950s, cities came to the conclusion that they needed to serve the people who were the neediest, so public housing became a refuge for people with little to no money. This happened at the same time the federal government invested less in public housing infrastructure. Buildings deteriorated. Meanwhile, the incomes of the people living in public housing also experienced a downward decline. By the 1970s, public housing was seen as failed slums.

The national media has helped shape society’s views on public housing via language. “Some of the things that were most striking as we did the book were trying to see the language that was being used in the major newspapers to describe public housing,” says Vale. “One of the things I did was a word search in the New York Times and Washington Post, Chicago Tribune and L.A. Times. What was so striking was the pattern in using a word like ‘notorious’ in combination with public housing by the 1970s and 1980s.”

Public housing often looks like a fenced-off no-go zone. Buildings look vastly different from the rest of the neighborhood, further stigmatizing public housing. The book is careful not to blame high-rises for the demise of public housing, but the Robert Taylor Homes in Chicago was an example of a development in which the people and the apartments operated outside of the city’s mainstream. Vale thinks that new construction can be designed strategically to make public housing less isolated. Open green spaces and retail businesses, for example, can help connect public housing to the rest of the neighborhood. “Some nonresidential components such as shopping have been ways of reintegrating,” he says.

Huge weather events, like Hurricane Katrina, can have a huge impact on public housing.

Public housing is a measure of a city’s overall health.

Public housing may often be physically isolated — and the people socially excluded — but these communities reflect what’s happening in a city. “One of the problems we have is that we treat public housing as its own world and fail to connect the dots that explain why there are so many unemployed people in public housing in relation to change in local and global economy,” Vale says. He points to New York as an example of a public housing authority that has had some relative success. New York strategically balances working and non-working households in public housing complexes, which leads to a greater overall stability. Vale also credits NYC for maintaining and improving infrastructure — and thinks other cities should follow suit. “If New York can keep up the maintenance of buildings and grounds in much bigger projects than Chicago — and those were very similar in terms of floor plan and site plans — it really begs us to ask much more holistic questions [about what] produced this housing and allowed it to deteriorate. Those are deeply political questions. They’re deeply economic questions. They’re deeply social questions.”