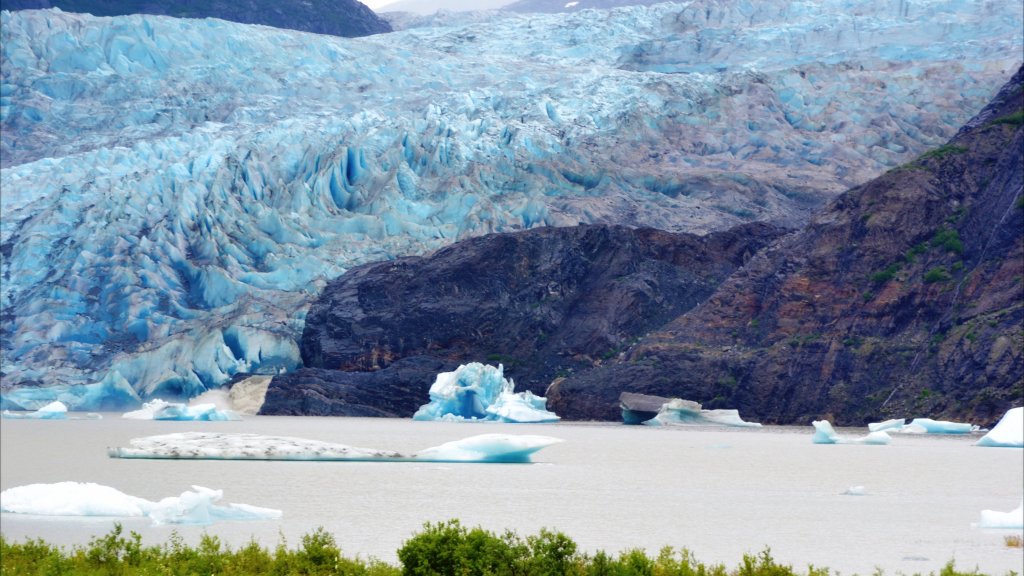 President Obama is heading to Alaska for a three-day tour meant to highlight the effects of climate change on the region. While there, he is expected to call for continued action on the whole climate change thing at a State Department climate conference, and push for commitments to reduce carbon emissions in the run-up to the U.N. climate summit in Paris this December. He’ll then travel the state to see what climate change is doing in person — meeting with Native groups and fishermen, and seeing some big glaciers before they melt into ice cubes.

“This is an issue that is very here and now,” said Brian Deese, Obama’s senior adviser on climate policy. “The issue of climate change is not an issue of the future tense in Alaska. It is affecting people in their lives and livelihoods in real ways.”

And yet, while Obama may be the first president to go on a climate change tour, enviros aren’t particularly happy. His trip, while sure to produce some great photos, seems a bit of a sham considering the man issued permits for Shell to drill in Arctic waters just weeks ago. The New York Times reports:

Environmental groups and progressive activists have been quick to point out the incongruity in Mr. Obama’s Arctic trip. On Thursday, the social-change group Credo began a campaign attacking the president for what it called his “self-defeating hypocrisy” on the climate, calling for Americans to flood the White House with phone calls and petition signatures demanding an end to Arctic drilling.

Conservationists, native leaders and climate activists are holding a rally against Arctic drilling in Anchorage on Monday to coincide with Mr. Obama’s arrival.

At the same time, some Alaskans are asking for just the opposite. Last week, the Arctic Slope Regional Corporation, which represents the business interests of the Arctic Slope Inupiat tribe, released a television advertisement calling on Mr. Obama to “stand with Alaskans and continue to support Arctic energy development.”

The timing of the Shell decision was particularly awkward for the White House, coming so soon before Mr. Obama embarks on his Arctic sojourn. Advisers have argued that the president had no legal option but to process the permit based on leases sold to Shell for $2.1 billion by President George W. Bush’s administration. More broadly, the administration argues that drilling off the Alaska coast is simply a matter of bowing to the reality that the country remains dependent on fossil fuels, and working to ensure that the work is done domestically and under stringent safety rules.

Uh huh. Because the oil industry has such a great safety record.

The president will also officially rename Mt. McKinley as Denali, which is likely what you’ve been calling North America’s largest mountain anyway — unless you’re descended from the 25th president of the United States or you’re a Republican from Ohio.

Obama is also using the opportunity to hang out with reality TV star Bear Gryllis. Does this mean the president is getting into survivalism? That can’t be good.