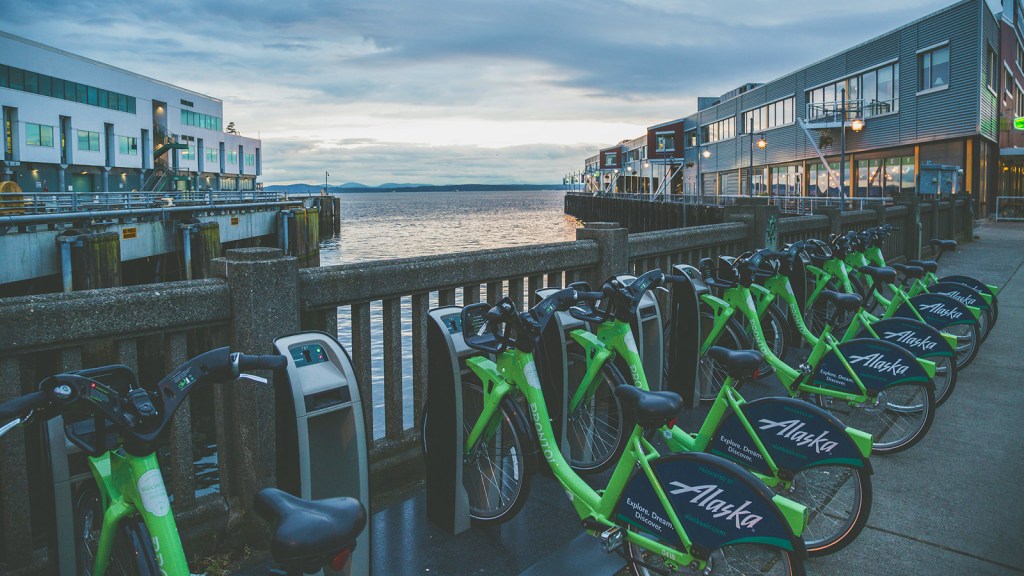 In America’s hipper cities, bike-sharing programs have been the hot craze in municipal transportation for understandable reasons. When the sluggish economy squeezed government budgets, they seemed to be the perfect infrastructure project for cash-strapped cities. They also offered everything a progressive city politician could want. They burnished your green credentials, came relatively cheap, and made excellent backdrops for ribbon-cutting photos.

So what happens when your city’s new bike-share system goes bankrupt a year after opening? On Monday, the Seattle City Council decided to save the city’s bike program from impending bankruptcy by voting to shell out $1.4 million to buy it. Now Seattle is the ambivalent owner of Pronto, as its known, the city’s very own 500-bike transportation network. Is this a stumble on the road to glory? Or has the city saddled itself with the modern equivalent of the monorail?

Since Pronto launched in 2014, sightings of the bikes doing anything other than sitting locked up by the side of the street have been rare. Pronto users make about 400 trips per day — less than one trip per bike. Perhaps riders are deterred by Seattle’s notoriously distracted drivers and its wet, staggeringly steep hills. Those who do hop on Pronto bikes tend to ride when the sun is out (not that often) and use them just to go downhill.

The city’s struggles with Pronto raises the question: Is Seattle really a bike-sharing town? The cities where bike sharing has found the widest usage — Boston, New York, Washington, D.C., Minneapolis — are nice and flat. They also have good bike paths already in place. In Seattle, the city’s Bicycle Master Plan, estimated to run $20 million a year over 20 years, has been underfunded since it was approved in 2007, something that has had very real consequences for the people who do bike in the city. A month before Pronto launched in 2014, Sher Kung, a young lawyer and new mother, was killed by a truck on a particularly dangerous stretch of Second Avenue, where safety improvements had been long-delayed. Portland has laid out an inexpensive bike network that arguably pays for itself with local economic benefits. Best of all, few people die. Why can’t Seattle follow Portland’s lead?

Despite a chorus of whining set off by the city council’s move, the $1.4 million to buy Pronto won’t make a dent in Seattle’s budget. To pay for it, the city plans to tap the $5 million set aside last fall for expanding the bike-share network. If the city had let Pronto die, it would have been on the hook for $1 million in federal grants.

Let’s take a moment to compare the Pronto acquisition to other things that cities like Seattle tend to get excited about, like the Monorail (taxpayers lost $124 million trying to expand the old one-mile line from the 1962 World’s Fair), and CenturyLink Field ($300 million). There’s also the giant tunnel that a lot of people thought was a bad idea, especially after a giant drill named Bertha spent two years stuck in it ($937 million plus). Compared to all that, $1.4 million is a bargain. Hell, if Seattle hadn’t dug that hole in the ground, we could all be riding bicycle-powered Fabergé blimps right now.

If there’s a lesson in all this, it’s that the cities that see the heaviest use of their bike-share networks are the same ones that put the most work into making their cities a pleasant and non-deadly place to bike. Seattle needs to improve on this front. Last November, the city passed a new property tax that will funnel $930 million into better infrastructure for pedestrians and cyclists. If it works, it’ll do more to boost cycling in Seattle than any bike-share network could.