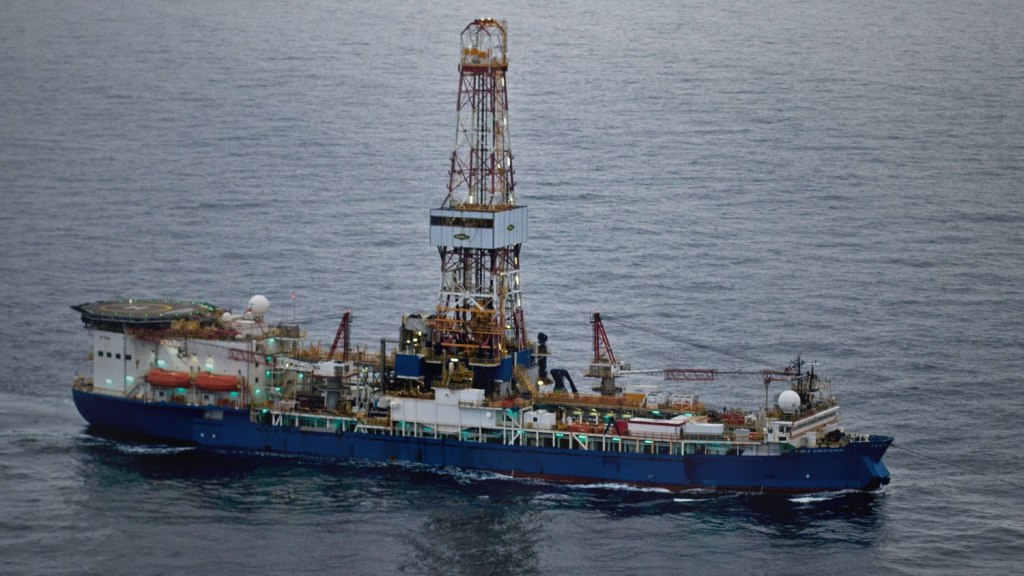 Wikimedia
what the shell??

This is one hell of a bad omen for everyone.

Why? Here’s a little history: In 2012, Shell stationed the Kulluk, an oil drilling barge, and two tug boats off the coast of Alaska to drill five oil wells in the Chukchi Sea. After multiple failed drilling attempts, the Kulluk ended up wrecked in the Aleutian Islands. The disastrous oil “exploration” mission ended with the rig’s handlers pleading guilty to eight felonies for marine crimes.

With that kind of track record, it’s no surprise environmentalists and concerned citizens are up in arms about the company’s plan to return to the Arctic this July.

Shell spokesman Curtis Smith told VICE News that the oil company still has full confidence in the vessel and its contractor.

“This system has since been upgraded and passed inspections prior,” Smith wrote in an e-mailed response to questions. “This is a case of mechanical repairs, which from time to time are required on any equipment.”

This isn’t the first “repair” the company has had to make, however. In December, the Noble Discoverer’s handlers reported that an oil separator and other instruments were out of commission, VICE reports. “Noble Discoverer’s crew struggled to deal with a buildup of water below decks and rigged up a makeshift system to discharge water from the engine room straight overboard — then tried to hide that system from the Coast Guard, federal investigators concluded.”

But despite the glitches, the rig continues to make its way to Seattle, which would be the home base for the Arctic drilling operation.

Seattle Mayor Ed Murray threw a roadblock at Shell earlier this week when he announced the Port of Seattle would have to apply for a new land-use permit in order to allow Shell to use its cargo terminal. During a conference in Houston on Tuesday, however, Shell officials announced ominously that they have a “backup plan” if they are blocked from using Seattle’s port, according to the Seattle Post-Intelligencer.

If that’s not doomy enough for you, here’s another taste of the email Shell’s Smith sent to VICE:

“In the meantime, it’s widely accepted that global demand for energy will double by the year 2050 — so, we’ll need energy in all forms, and Alaska’s outer continental shelf resources could play a crucial role in helping meet that energy challenge,” he wrote.

ARE YOU FUCKING KIDDING ME, SHELL? Drilling the shit out of our planet will NEVER be an answer to solving our global energy needs.

A message to the sane people in the world: It’s time to start rolling out our renewable energy options. Let’s just do it before these shills catalyze a total climate clusterfuck.