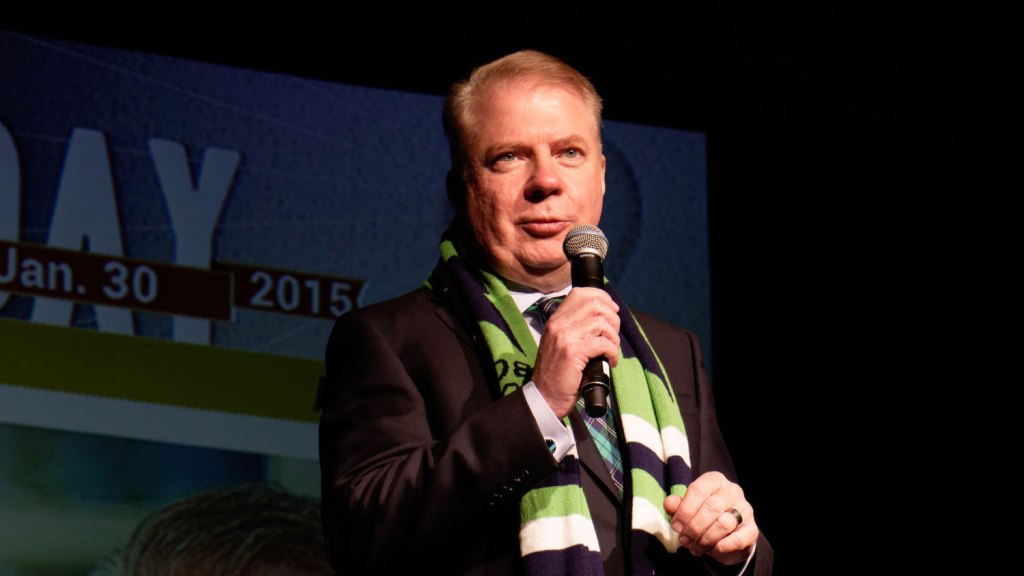 Despite months of public outcry and protests against plans to moor Royal Dutch Shell’s Arctic oil drilling fleet in the Port of Seattle, the oil giant’s ship is inching closer to the Emerald City. The Polar Pioneer, an oil rig, is currently sitting in Port Angeles, Wash., and is scheduled to arrive in Seattle later this month.

But now, Seattle Mayor Ed Murray is getting in on the efforts to bar the company from turning Seattle into a home base for its latest Arctic oil-drilling scheme.

Murray threw a small wrench into Shell’s plans on Monday when he announced that the Port of Seattle must apply for a new land-use permit. The Seattle Times explains further:

“After talking to the port about its plans at Terminal 5 and after reviewing the 20-year-old permit for the operation of the cargo terminal, (Seattle’s Department of Planning and Development) has found and I concur that the long-term moorage and maintenance of Arctic drilling equipment falls outside the current permit,” Murray said, drawing applause at a downtown Seattle fundraising breakfast for Climate Solutions, a “clean-energy economy” nonprofit.

“(The department) has determined that the Port’s proposed use is not a cargo terminal and therefore the Port must apply for a new permit,” the mayor added. “I expect the Port to obtain all required city permits before any moorage or work begins at Terminal 5 on Shell’s oil and drilling equipment.”

That being said, Shell could still go ahead with its plans if the Port of Seattle successfully reapplies for a lease – which could take weeks or months. The port could also take the city to court.

“While requiring a permit may not stop the Port’s plans, it does give the Port an opportunity to pause, an opportunity to rethink the issue,” Murray told The Seattle Times. “This is an opportunity, I believe, for the Port and all of us to make a bold statement about how oil companies contribute to climate change, oil spills, and other environmental disasters and reject this short-term lease.”

The plans to moor Shell’s fleet in Seattle came to light just as Nature, one of the science community’s most trusted journals, released new findings warning that, if we are going to prevent a temperature rise of more than 2 degrees C by the end of the century, Arctic oil and gas reserves must remain in the ground. (Scientists warn that anything more than 2 degrees C of warming could result in serious climate impacts.)