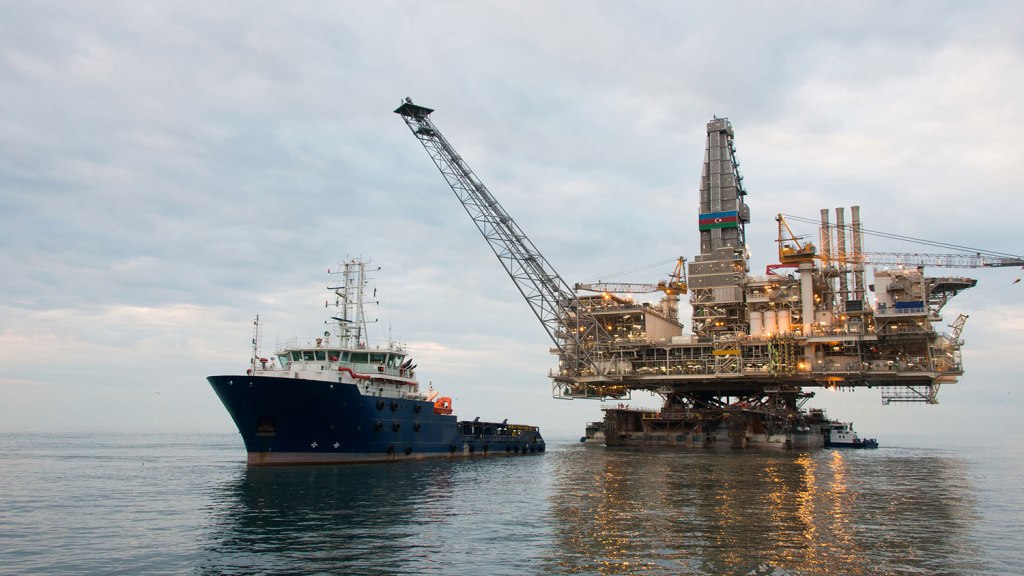 At 1 p.m. on Tuesday, more than 150 people crammed into a stuffy conference room inside the Seattle-Tacoma International Airport to give the Port of Seattle commissioners a piece of their minds. Why? Because, they said, port officials had quietly signed a deal with the devil.

Since January, commissioners Courtney Gregoire, Stephanie Bowman, Tom Albro, Jonathan Creighton, and Bill Bryant have been under fire for signing a lease with the shipping company Foss Maritime to moor its ships in the Terminal 5 cargo lane. Foss would let Royal Dutch Shell use part of its lane, too, while the oil company drills away in the Arctic Ocean.

You may recall that Shell’s last attempt at this didn’t end well. In 2012, Shell stationed the Kulluk, an old drilling barge refurbished right here in Seattle, and two tug boats off the coast of Alaska to drill five oil wells in the Chukchi Sea. After months of wandering and multiple failed drilling attempts, the Kulluk ended up wrecked on one of the Aleutian Islands. The saga, detailed in a feature story in The New York Times Magazine, ended with the rig’s handlers pleading guilty to eight felonies for environmental and maritime crimes.

On Tuesday, it was clear that Seattleites want no part in a sequel. The Seattle Raging Grannies (exactly what they sound like) and high schooler Aji Piper sang songs lambasting the leasing decision. Another student, Sarra Tekola, an environmental science major at the University of Washington, skipped class to speak at the meeting. “Shell picked the wrong city to drop a climate bomb on,” she said, referring to the greenhouse gases that would be released by burning oil from the Arctic.

The lease, which activists say was negotiated in secret, came to light just as Nature, one of the science community’s most trusted journals, released new findings warning that, if we are going to prevent a temperature rise of more than 2 degrees C by the end of the century, Arctic oil and gas reserves must remain in the ground. (Scientists warn that anything more than 2 degrees C of warming could result in serious climate impacts.)

Now, Seattle news outlets and activists alike are using these facts as fire, and rallying together to convince port commissioners to rescind their lease with Foss, ergo Shell. Environmental groups, including Earthjustice, Washington Environmental Council, and the Sierra Club, have sued the port, claiming that the lease violates the state Environmental Policy Act. Meanwhile, Seattle Mayor Ed Murray and City Council members say they will work with the city Department of Planning and Development to investigate whether the port’s plans to host Shell drilling rigs violates its own permits. (For chrissakes, the port’s slogan is “Where a sustainable future is headed!”)

“I have grave concerns about Shell Oil’s Arctic drilling fleet coming to Puget Sound in a damaged state, discharging oil and other toxic pollutants along our shorelines during transport and repair, jeopardizing the local ecosystem, and undoing decades of work to clean up the Sound,” said Councilmember Mike O’Brien in a press release.

But there were also a handful of lease supporters at the meeting, many of whom spoke on behalf of the construction and maritime industries, saying that Shell’s drilling rig would bring more jobs into the city. But, as one speaker pointed out, the $6.6 million Shell would supposedly bring in for jobs would boil down to just $33,000 per worker, annually — barely a living wage.

“There is a false choice of jobs vs. the environment,” said Alex Brott, an organizer at Fuse Washington. “Opposing this lease is more than a gesture. It’s taking a stand against the fossil fuel industry.”

Seattle isn’t the only Northwest port city that’s putting up barricades to harmful projects. Back in August, Oregon rejected a proposal to barge coal down the Columbia River for export to China. It was the fourth proposed Northwest coal export terminal to bite the dust. That same month, the Lummi tribe in Bellingham, Wash., took a stand against the Gateway Pacific Terminal that would turn the Salish Sea into grounds for a massive coal export operation — and they’re still fighting.

“The Northwest is the cork in the bottle,” said Emily Johnston, a communications organizer at 350 Seattle, who opposes the Seattle lease. “Everything needs to come through us if they want to export it.”

It’s unclear whether the port commissioners will reconsider their their lease decision, but city officials and activists will keep on the heat.

Correction: This post originally stated that Port of Seattle officials will likely take a vote on the issue soon. In fact, no significant votes are expected, though the commissioners are likely to consider the broader issues at play during upcoming meetings.