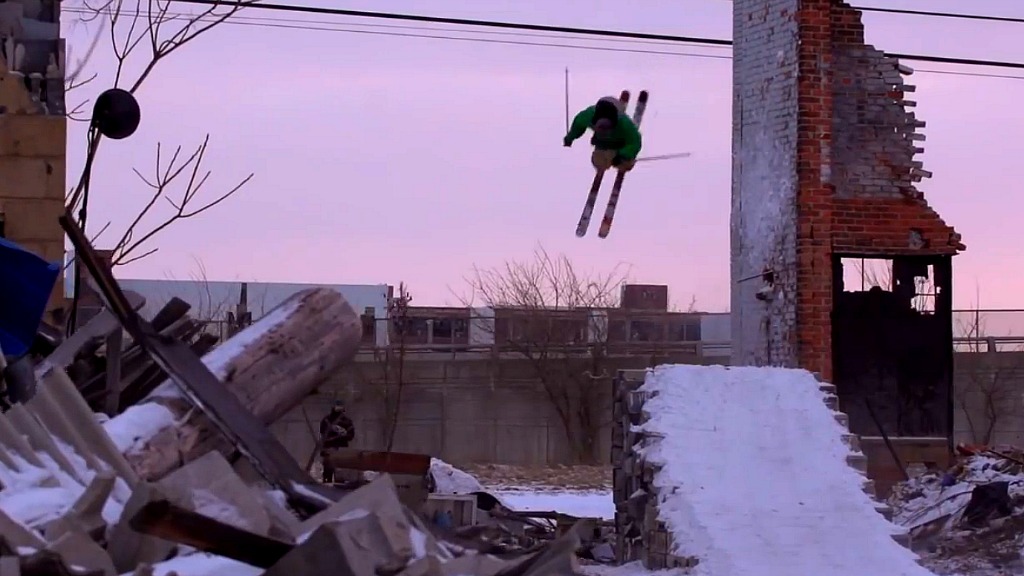 More than a million people have left Detroit since 1950, at least 237,000 of them since 2001. This leaves a lot of empty spaces — and a lot of floors, ramps, stairs, and handrails just aching for the touch of a skateboard. Or in the case of Karl Fostvedt, Khai Krepela, and Max Morello, a pair of skis.

This is no ORDINARY skiing, mind you. No color-coordinated outfits, fluffy earmuffs, or yuppies. Poor Boyz Productions filmed the trio “street skiing,” which resembles badass winter skateboarding more than it does anything you’d expect on the slopes. Watch (the action starts about two minutes in):

As the guys carefully pack powder into ski jumps in deserted places, it’s hard not to draw a parallel to the city itself. Sure, there’s emptiness and desolate rubble. But the hard work of a few people can start to turn things around, however slowly. As an unidentified interviewee says in the film’s beginning:

Some people might think that Detroit is a dangerous city, that it’s corrupt and stuff like that. But that’s from the outside looking in. It takes a lot if you’re gonna stay in the city. If you stay in the city, you feel a different vibe, you know? It’s a lot of opportunities and it’s a lot of blessings coming in the city of Detroit.

“A lot of opportunities” is right — for street skiing and revitalization alike.