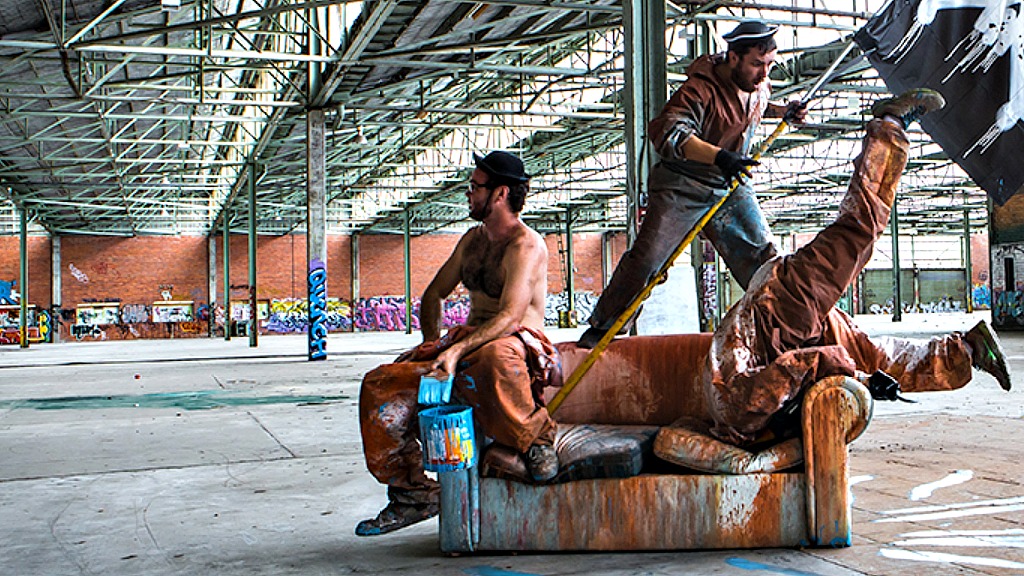 It’s hard to think of graffiti artists as the scourge of the earth after watching this time-lapse video (I mean, we’re not saying you do, but just in case). The four street artists — Sofles, Fintan Magee, Treas, and Quench — cover a ginormous warehouse with their handiwork, which is no small feat:

Just when you thought they were done, they kick things up a notch at 3:45, covering their first layer of art with new stuff, accompanied by dubstep fast enough to turn your cubicle into a rave. (Are those the right words? “Dubstep”? “Rave”? Someone young please chime in.)

The video above, “Limitless,” is the sequel to “Infinite,” a solo time-lapse vid Sofles released this summer. You up for it?