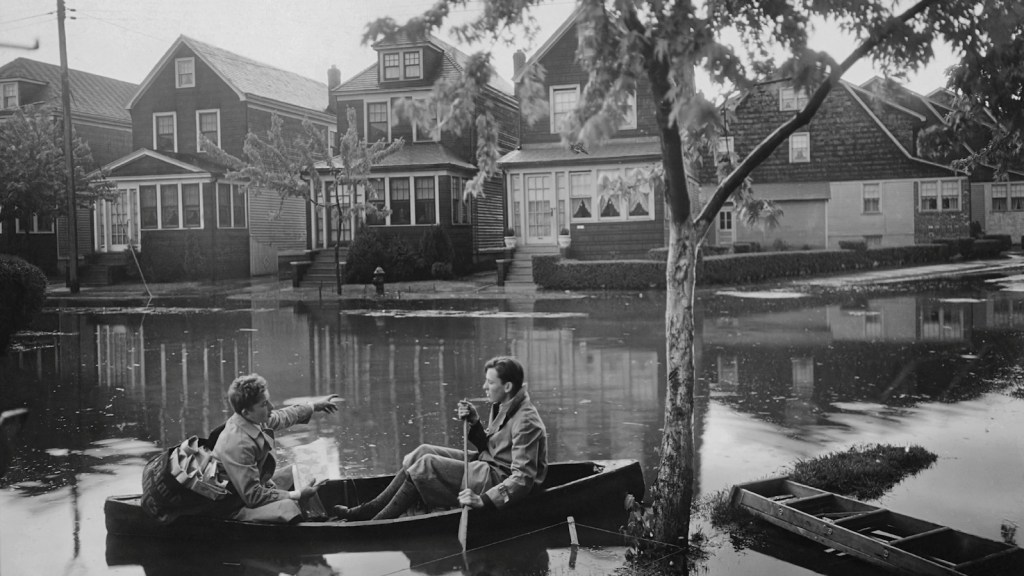 American cities from Boston to Baton Rouge are getting hammered by hurricanes, torrential downpours, and blizzards amped up by climate change. Maybe that’s why Americans are coming around to the idea that the climate is actually changing. But are all the floods, heat waves, and other disasters spurring cities to prepare for our overheated future?

Sabrina McCormick, a sociologist at George Washington University who once investigated how cities cope with disasters for the United Nations’ Intergovernmental Panel on Climate Change, set out earlier this year to find out. Her study, recently published in the journal Climatic Change, breaks down 65 in-depth interviews with city officials and experts in six cities — Portland, Boston, Los Angeles, Raleigh, Tucson, and Tampa. It seeks to answer the etiquette question from hell: How does a city go about preparing for something that its residents would rather not think about, or even believe in?

In a recent interview, McCormick said she learned that many city officials believe the key to getting everybody on board to battle climate change is to avoid uttering the words “climate change.” It’s “a poisonous term to use,” one said.

Our interview has been edited and condensed for clarity.

Q.Is there any connection between how much at risk a city is from climate change and its efforts to be prepared?

A.It’s hard to say. Boston is way out ahead of many other cities in that they have done some assessment and planning. They are very worried about sea-level rise and storm surge. But the city’s waterfront is extremely expensive to change.

But Boston is so much further ahead of a place like Tampa. These two cities are really on different ends of the spectrum. Boston is working with high-level academics to address the risk. What I’ve seen in Tampa is an outright dismissal of a lot of risks related to climate change — even hurricanes.

Q.What about New York City? Why isn’t it on here?

A.I didn’t do New York because there has already been some study of it. They have done research, particularly on heat-related risks and mortality, which is one of biggest threats that cities are aware of. It’s one of the more obvious risks, along with vector-borne diseases.

A lot of other climate change and health risks are difficult to understand. They don’t make immediate sense to officials, while people are already dying because of heat waves.

A.Portland is ahead of everyone else. It’s even started doing programs that are aimed at improving health and well-being generally – but bringing in climate change as a factor. One interviewee was talking about planning rain gardens for schools because of increasing precipitation events and was thinking about how rain gardens could be used to mitigate urban heat island effects as well.

Q.I would think Portland wouldn’t have much to fear from climate change.

A.They’re concerned about heat and legitimately so. Places that are traditionally cooler have more of a problem during heat waves because the people who live there aren’t acclimated to heat. And because the Southwest is experiencing drought and heat, Portland expects people to be migrating there more and more.

A critical piece of the puzzle is local advocates. Portland has a regional government that introduces cooperation among different categories in the city.

Q.I often hear that only cities with a strong mayor can tackle a problem this big. Is that true?

A.I’ve found that when cities take action on climate change, it’s because of democracy, not autocracy.

Q.How did you choose people to interview?

A.We started with leaders on climate change. That was a little difficult in places like Raleigh, so we picked people who were leaders in sustainability. From there, it was a lot like what you do as a journalist — we asked them who else we should speak to. It was a snowball sample.

A.Raleigh and Tucson were about the same, though you could say Tucson has done more than Raleigh. Raleigh has been a bit slow on the uptake. It sits in a state where there is a lot of conservatism on climate change, but amazing climate resources provided by the regional NOAA climate center in North Carolina.

Work in Tucson is fairly fragmented. There is work on energy — solar and some wind. Some work on the climate mitigation front. Also some really interesting work on food scarcity and security. That’s something Americans pay little attention to — how climate change is going to affect their food supply.

Q.Did you find that people in certain occupations were more likely to be concerned about climate change?

A.It varied a lot. You would expect someone in emergency response to know, but in Tampa that wasn’t the case. One thing we did see is that city officials frame threats in different ways. In Tampa, hurricanes are not referred to as climate change events. Just the existence of an extreme event or risk does not mean someone is more likely to be aware of the source of that risk.

Q.And the people who are aware of the risk — are they incredibly depressed?

A.I think a lot of people I’ve spoken to are so intent. There’s not room for doom and gloom.

Q.So, what are some ways cities are preparing right now?

A.A lot of cities are thinking about green space and heat islands. L.A. is looking at the color of the city’s roofs and making them all lighter. This can have a real effect on microclimate.

Boston has done work around environmental justice, assessing where the most vulnerable communities are in the city and involving them in planning. They’ve done a lot of collaborative work, mainly around flooding.

Q.Last question. When people look at your research, is there anything they don’t ask you that you wish they would?

And cities are loci for action on climate change. People working in mayors’ offices have the capacity and training and skills to do a lot. The private sector has been slow to assess risks, but in city governments, people who are thinking about water and energy are really upfront about those risks. If you’re one person, or a few people, you can get more done at the local level than the state or the federal level.