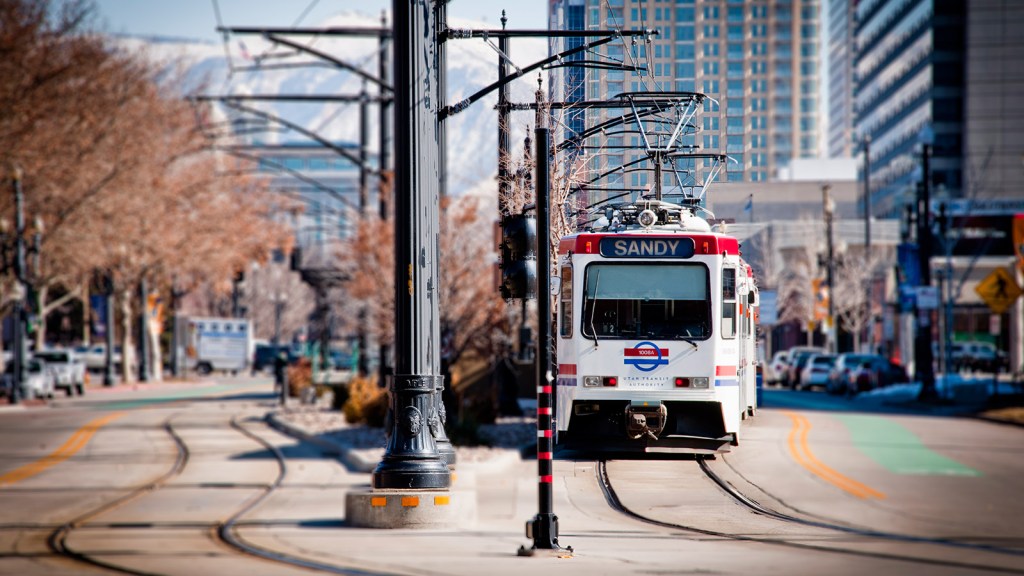 Where we live and how we get around are inextricably linked. But until recently, the federal government separated housing and transportation policy into completely separate silos. Federal transportation dollars can only be used for building highways or (to a much lesser extent) transit systems. Federal housing dollars largely go to supporting homeownership, and sprawl, with a smaller amount used to subsidize renting for lower-income families.

This is exactly the wrong approach if we want to build sustainable communities. We need to design our housing and transportation systems in tandem. Transit stations should be surrounded by dense clusters of housing, shopping, and offices. This is the kind of walkable, transit-accessible urbanism that millennials want.

The Obama administration has started to break down the silos. It has aligned some investments in housing and transportation through its Partnership for Sustainable Communities. But the vast majority of federal transportation dollars are still simply handed out to states via formulas and spent on highways and other roads. The Sustainable Communities efforts have involved just a tiny fraction of all transportation and housing spending, and it became even tinier after Republicans won control of the House of Representatives in 2010.

Developing transit-oriented housing requires infrastructure investments: sidewalks have to be built or widened, traffic-calming measures like median strips may be needed, bike lanes may be created and street lamps installed. Federal transportation money currently can’t be used for any of that, even while it can be used to build a road to nowhere.

“In a lot of cases, local government wants the opportunity to develop, improve their tax base, build more housing, but they may not have money to put in the new infrastructure,” says David Goldberg, spokesperson for Transportation for America. “They might sometimes require the developer to do it, and the developer may be able to get financing for apartments or retail, but public infrastructure may be an additional cost they cannot wrap into their financing.”

Currently, the Transportation Infrastructure Finance and Innovation Act (TIFIA) program provides loans or loan guarantees to local governments to build highways or transit systems. Since the money is typically paid back, the cost to the federal government is minimal.

Under the new bill, TIFIA money would also be available for the kinds of complementary infrastructure improvements needed for transit-oriented development. Imagine, for example, a rail line in the suburbs. Since most people who use the train to get into the city drive to the train station, it has to have a big parking lot. Now suppose that the town wants to sell half of that huge parking lot to a developer so that she can put up an apartment building right next to the train station. They still need the same number of parking spaces, so they must build a garage to squeeze more parking into the remaining half of the lot. They also need to build sidewalks around the building, street lights along the sidewalks, and perhaps a new intersection so the residents can safely walk from their building to nearby areas. TIFIA loan support for these expenses would now be available to the local government, or to a private-public partnership with the developer.

Smart Growth America is understandably excited, and is urging its members to write to their senators in support of the bill.

The effort may sound quixotic, given Republican control of the House. The fact that the bill comports with supposed conservative principles — economic efficiency and local control — does not mean we should expect to see Republican senators vote for it or a companion bill emerge from the House of Representatives.

But this is what’s called a “marker bill.” The idea is not so much to pass it alone as to get it wrapped into the next big transportation bill, which is due for reauthorization this year. If Congress is able to make a deal on transportation, this is one concession to Democrats that Republicans might conceivably be willing to make.

“There are developers who think this is great,” notes Goldberg. “There are a lot of developers who are Republicans, or who have contributed to Republicans, so they will get listened to a little bit [by congressional Republicans]. There is private sector involvement. It’s not a wholesale publicly funded effort, so there may be less resistance.”

Of course, while a modest, voluntary energy-efficiency bill — passed by the Republican House — is floundering in the Senate due to Republican intransigence, we need no reminder that the chances for this bill aren’t too good. But at least someone is trying to push back against the pro-sprawl bias in most of our transportation spending.