Trucks kill bicyclists all the time. This tool could change that - Grist 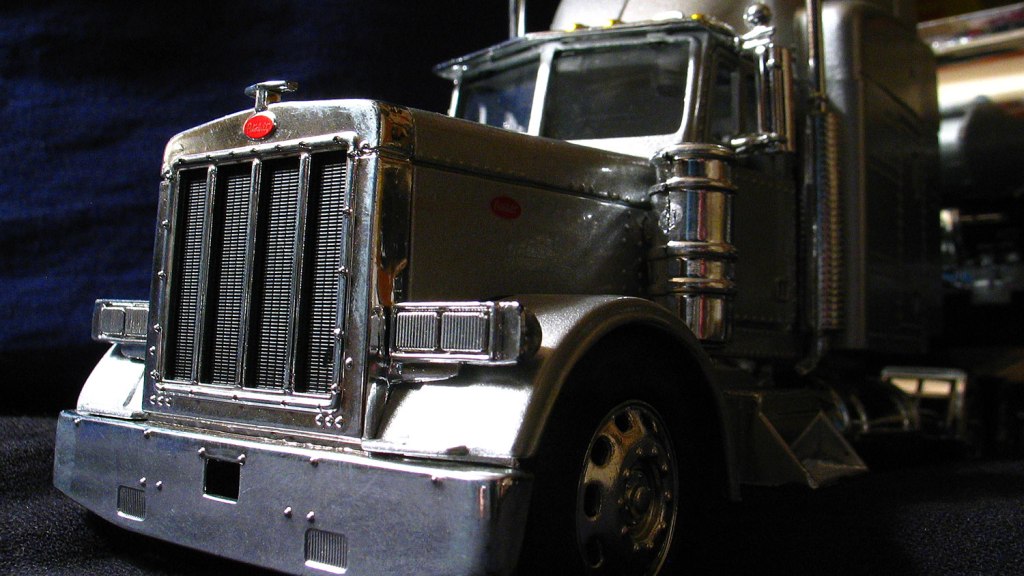 Trucks kill bicyclists all the time. This tool could change that

Trucks are the killingest vehicles out there. They make up a disproportionately small percentage of the total vehicles on the road, but when they hit someone, that person is a goner. Writes Bridget Huber for the investigative news site Fair Warning:

In New York City, for example, trucks account for 3.6 percent of vehicles, but were involved in 32 percent of crashes that killed bicyclists from 1996 to 2003 and 12.3 percent of pedestrian fatalities from 2002 through 2006, city statistics show. Eight of the nine bicyclists killed in Boston 2012 through 2014 died in crashes involving large trucks, according to the city.

Some safety advocates say the problem could get worse: The rise of e-commerce is bringing more trucks into urban neighborhoods at the same time that cities are encouraging cycling and walking.

Great news, right? When I read something like this, I think about how great life will be in my totalitarian future utopia, where all deliveries are made by slow-moving barge.

There is, however, a more pragmatic option. That is installing something called side guards, which run along the side of the truck, between the wheels. Here’s how they work: Say a cyclist is pedaling down the street, in a bike lane, and just happens to get doored by a parked car just as a truck is passing on the other side. Rather than falling underneath the wheels of the truck, the cyclist (hopefully) bounces off the side guard — probably not in great shape, but not dead either. Think of it as a cow catcher, for people.

Side guards are mandatory on trucks in the European Union, Brazil, Japan, and China. The data around their adoption suggests that they may not do much to stop accidents, but they do seem to stop trucks from racking up the fatalities quite so often.

In the 1980s, the U.K. adopted a national policy requiring side guards on all large trucks. Fatal side-impact collisions between bicyclists and trucks dropped 61 percent and those between pedestrians and trucks fell 20 percent.

In July, Boston’s side guards were put to a test when a city-contracted garbage truck turned in front of a bicyclist, who hit its side. But the man did not slip under the truck and into the unforgiving path of the truck tires, likely because the truck was equipped with the guards as a part of a pilot project that led to the city’s ordinance. The accident was still serious — the cyclist’s leg was stuck under the truck and had to be freed using special equipment. But the cyclist survived, and city councilors approved Boston’s side guard ordinance unanimously three months later.

Sideguard installation is not cheap — it costs between $1,000 to $2,000 per vehicle. But if they do work as well as they do in Europe, that’s a much better deal — finance and morale-wise — than accidentally killing people.

My gold standard remains: no trucks hitting people, period. But Huber makes a strong case for what is a relatively simple quick fix.