Hundreds of urban planners and developers gathered in a huge ballroom in Baltimore’s downtown Hilton convention center last week — a multi-racial bunch taking notes and orders from mostly African-American officers from the Environmental Protection Agency’s Office of Environmental Justice. Something like this would have been impossible a hundred years ago, when Baltimore’s Mayor J. Barry Mahool helped institute the nation’s first residential zoning ordinance aimed at separating black people from whites. He did this under the guise of “social justice,” but that’s hard to glean when he was making statements like:

Blacks should be quarantined in isolated slums in order to reduce the incidents of civil disturbance, to prevent the spread of communicable disease into the nearby White neighborhoods, and to protect property values among the White majority.

This vision of black ghettos came to pass — not just in Baltimore, but in virtually every major urban center throughout the nation. It held that way for most of the 20th century. The “urban renewal” attempts in the 1960s meant to correct this only exacerbated the racial and economic stratification that resulted from Mahool’s proposal.

But last week, a new generation of planners assembled in the city that gave America the blueprints for residential apartheid, literally, to discuss new policy proposals around “smart growth,” “sustainability,” and “equitable development.”

The terms are sometimes used interchangeably, with little clarity among laymen about what they mean or the difference between them (one of my Twitter followers called it “sustainababble”). But the one that practitioners at this conference wanted the public to know about is “equitable development,” one of the newest and buzziest among this crowd, though the concept behind it has been around for decades.

What does it mean? It turns out that not even planners can agree. In the first exercise of the morning, EPA Office of Environmental Justice Director Matthew Tejada asked attendees to call out what words came to mind when thinking of its definition. What he heard: “social capital,” “empowerment versus engagement,” “fair shot,” “cultural competency,” and “shared costs and benefits.” “Meaningful involvement” was met with a bunch of head nods, which Tejada affirmed as “a root principle of environmental justice.”

Equitable development is defined in the conference booklet as “an investment that stabilizes communities and provides vulnerable populations with a pathway out of poverty.” When I asked Twitter if anyone knew what that meant, the person running the conference’s Twitter account responded:

Planners are still trying to answer that question that’s been ringing in all of our heads since toddlers: “Can you tell me how to get to Sesame Street?” That is, can you figure out how to build that neighborhood where “everything’s A-OK?” I’m not knocking the hustle — that’s all fine. But for the people who have to live with these constant urban experiments, they want to know how this latest “equitable development” phase is distinguishable from “sustainable development,” “smart growth,” and all the other flashwords the cool developer kids have been using.

For that, I hunted down Carlton Eley, a senior environmental protection specialist for the EPA, who’s considered the pioneering force behind elevating equitable development into the mainstream planning lexicon. What makes equitable development stand apart, Eley told me, is that it asks planners and developers to “think critically about how we meet the needs of underserved populations upfront” in planning discussions “rather than treating their needs as an afterthought.”

This is not a new concept, said Eley, just one that’s not been adequately prioritized, let alone applied, which might explain the increasing wealth and income gaps today. 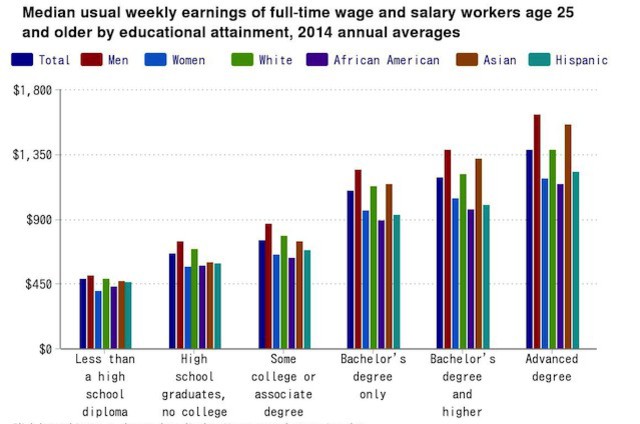 He explained that planners like Paul Davidoff were talking about this 50 years ago, before the Fair Housing Act was passed.

“The ‘great issues’ in economic organization, those revolving around the central issue of the nature of distributive justice, have yet to be settled,” wrote Davidoff in 1965, making the case for urban planners to become better versed in civil rights matters.

He believed that planners and developers could not merely stand by as neutral technicians, carrying out the orders of government leaders and mayors, because, see Mahool. Instead, planners themselves should be advocates who are accessible and responsive to the needs of the community’s most underserved and marginalized. He also believed that black people and the poor can’t be sacrificed to preserve white property and values, or what’s referred to more innocuously as “the greater good.” Instead, wrote Davidoff, “The welfare of all and the welfare of minorities are both deserving of support,” and planning must be structured accordingly.

These principles were later carried on by people like Norman Krumholz, director of Cleveland’s City Planning Commission in 1969, who served under the city’s first black Mayor Carl B. Stokes. It was also practiced by Robert Mier, director of city development under Chicago’s first black mayor, Harold Washington, in the 1980s. Ditto for the Fannie Mae Foundation in the 1990s. Policylink has carried the torch on this most recently, even providing a toolkit in case anyone is confused about how to build it in to planning.

The concept has gone through many names — “equity planning,” “equity development,” “fair growth” — but all focused on the same thing: correcting the racist zoning and redlining policies of the past that cut African Americans off from opportunities to earn and build wealth.

The urgency behind using it now is that climate change is forcing cities to think harder about how to best protect its most vulnerable communities, which means addressing poverty and the lack of resources for weathering these storms — which means addressing the racism that inculcated these problems in the city to begin with. This is what the environmental justice community has argued for years, and it’s why EPA is playing such a large role in advancing the equitable development agenda.

So while sustainable development is about building energy-efficient homes, carbon-free transit options, innovative stormwater-capture technology, and creative financial instruments to help uplift the middle class, equitable development ensures that people who need these services the most can get them. And not just get them, but have some ownership stake in them.

It also ensures that people of color and low-income don’t end up uprooted or displaced from their homes to make room for these new initiatives — the phenomenon known notoriously as gentrification. The developers call this growth “smart” — but smart for whom?

The “G” word was a much-discussed topic throughout the equitable development workshop, almost as an acknowledgment that it was a problem of their making, given they are the professional class responsible for crafting policies that have led to gentrifying outcomes. Sitting among them, I couldn’t help but recall the episode of the Baltimore-based TV show The Wire, when Detective Lester Freeman finds out that his kingpin target, Stringer Bell, is “worse than a drug dealer … he’s a developer.”

But few of the presenters came off unaware of the stigma associated with their trade, nor were they trying to run from it. They were mostly forthright about the idea that their profession may have contributed more to urban problems than solutions for decades. Many focused on wealth-building initiatives targeted specifically at those at the lowest rungs of the economic ladder.

“Economic development has failed these communities,” said Ted Howard, executive director of the Cleveland-based Democracy Collaborative. Now’s the time for cities to stop giving tax breaks to big-box stores like Walmart, said Howard, and give more breaks that promote development of local assets and enterprises.

So, is equitable development the fix for gentrification? Or is it just the latest catchphrase, a re-branding of “urban renewal?”

“It’s an approach,” said Eley. “Obviously there is no one-size-fits-all way to address it, whether you want to call it gentrification or just inequity. It’s a way whereby we can try to encourage more parity and better outcomes through the process of changing how we plan and develop these communities.”

In my next piece this week, I’ll explore in closer detail whether this is an able approach, or if it’s just more sustainababble. I’ll also be examining the kinds of results local planners have produced when implementing it in their communities — especially while up against climate change’s deadlines. Bottomline: Is this finally the way to get to Sesame Street?