Why cities should stop trying to be the next Brooklyn 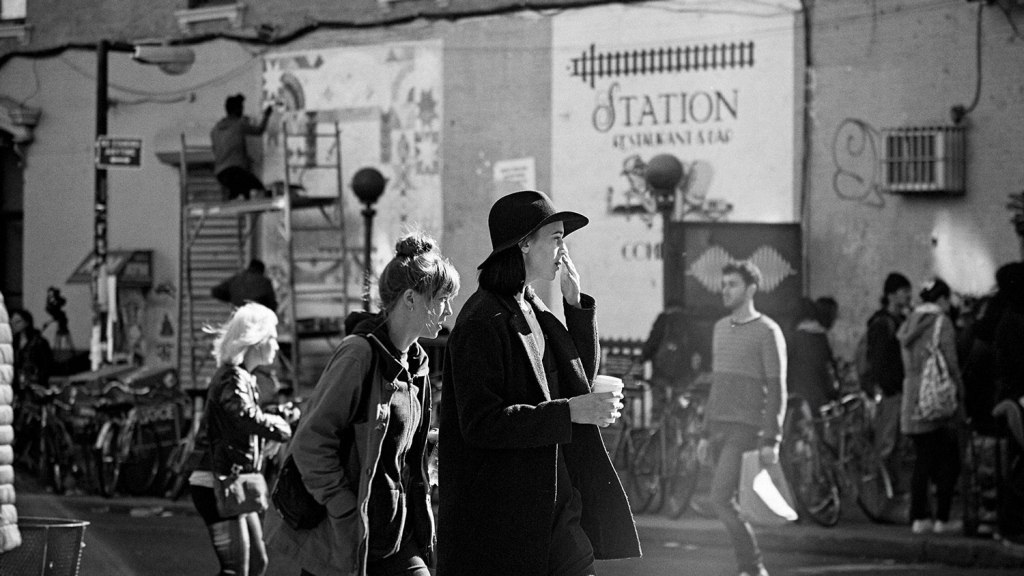 Why cities should stop trying to be the next Brooklyn

Is Detroit the new Brooklyn? Is Compton? Unoriginal writers, especially at The New York Times, compare every town on Earth that may attract a few artsy people to New York’s hippest borough. Often it’s mostly just descriptive, or perhaps hype to sell real-estate ads. But it’s typically intended as a compliment, a statement of optimism about a heretofore blighted community’s prospects for a happier, more prosperous future.

That’s certainly how the pioneering New Urbanist architect Andres Duany meant it when he declared Detroit the new Brooklyn in Fortune last year, and how Compton Mayor Aja Brown meant it a year earlier when she referred to her city as a new Brooklyn.

But why do we assume that following Brooklyn’s path is always a good thing? As Richard Florida explained to The New York Times in 2009, calling cities from Buffalo to Bangalore “the new Brooklyn” is just a way of saying the place is primed for gentrification while dropping the baggage that word carries. The irony is that a series of neighborhoods in Manhattan were the epitome of gentrification for decades before Brooklyn was: first Greenwich Village, then the East Village and the Lower East Side (for artsy bohemians), the Upper West Side (for genteel liberal professionals), and SoHo and Tribeca (for visual artists who turned abandoned factories into lofts and studios).

Why have we stopped using those neighborhoods as reference points? Well, because they became so expensive, so overrun with fratty bankers, so dominated by corporate retail chains, that they no longer conjure good gentrification — the funky, diverse, hip kind — but rather the bad, homogenous, touristy kind. If this is what the future holds for Brooklyn or other “next Brooklyns” from Oakland to Philadelphia, it’s nothing to celebrate.

But the problems with aspiring to be a “new Brooklyn” run deeper than that. First of all, this wish rests on an ignorant assumption about what Brooklyn itself actually is. Most of Brooklyn — New York City’s second-poorest borough after the Bronx — is untouched by gentrification. Looking at Brooklyn as a whole, you see little evidence of growing affluence. According to the U.S. Census, in 2013 only 31 percent of Brooklynites over the age of 25 had a bachelor’s degree, the median household income was only $46,000 per year, and 23 percent of residents lived in poverty. All of these figures are worse than New York’s city and statewide averages. They are also virtually unchanged from 2000 when adjusted for inflation. Nor is gentrification making Brooklyn any whiter: the borough’s population has grown slightly less black, but more Asian and Latino, with the non-Hispanic white population virtually unchanged.

This isn’t because gentrification didn’t actually make certain high-profile, Manhattan-adjacent Brooklyn neighborhoods such as Williamsburg richer; it did. But those places actually account for a small share of the whole borough. Lower-income black neighborhoods like East New York and Brownsville haven’t experienced any gentrification. Nor have most of Brooklyn’s unfashionable working-class strongholds, from Caribbean East Flatbush to Italian-turning-Chinese Bensonhurst and Sheepshead Bay. Ask most people in any of these neighborhoods how Brooklyn’s trendiness has affected them and they will tell you that it hasn’t.

So what does it mean for the counterparts of these communities in Compton or Detroit to say their city will become the next Brooklyn? Nothing — it’s a meaningless statement. If you walk around Brownsville right now, you will see no evidence that it is a better, happier place because Williamsburg is expensive and filled with European tourists buying Brooklyn-themed t-shirts. The only change has been a slight increase in housing prices, thanks to the in-migration of some working-class black and Latino residents displaced from Williamsburg and Bushwick. Relative to the software engineers and marketing executives moving to Williamsburg, they are poor, but relative to the impoverished they are comfortable. No one in poverty has been lifted out of it as a result of all this shifting around. At this point last year, there had been more shootings in Brownsville that in the entire borough of Manhattan.

If you think of cities not just as geographic or political entities but as communities of the people living there, gentrification doesn’t help the vast majority of them even in the gentrified neighborhoods themselves. Yes, parts of Brooklyn such as Williamsburg and Park Slope, where I grew up, have higher incomes and lower poverty rates than they did 20 years ago. But that’s not because the poor people who lived there 20 years ago have been blessed with higher-paying jobs. It’s because they’ve been kicked out and replaced with richer people who grew up elsewhere. So an elected official could say, “Look at what a success I’ve been! My community has grown richer!” But that would be bullshit, because the people who elected her in the first place haven’t gotten richer or better off.

And as for the poor Brooklyn neighborhoods currently undergoing rapid gentrification, like Bed-Stuy, the main thing this change brings is the threat of eviction from a real-estate developer or new landlord looking to bring in yuppies who can pay higher rents. They sometimes even practice deliberate racial discrimination — replacing black tenants with white ones so as to make the building more appealing to other white renters. Gothamist recently asked Joey Bada$$, a rising star from the underground hip-hop scene, who is from Bed-Stuy, about “how you’ve seen the neighborhoods change.” He said that Brooklyn’s real-estate boom has brought nothing but displacement to his community. “I just seen a bunch of different people come in and take over my neighborhood because it’s cheaper for them to live there, but it’s so expensive for my people to live there,” said Bada$$. “My people are getting kicked out … my people are losing their places all the time.”

It’s true that an influx of richer people has some benefits for the residents who avoid displacement. Tenants in public or rent-stabilized housing get the benefits of living in a richer neighborhood without having to move to one. Homeowners get that, plus higher rental income if they rent out an apartment or room; and they accumulate wealth through rising property values. This may, or may not, result in lower crime and public schools that enjoy the fruits of families with more money and social capital. It almost always results in better food and retail options, cabs more willing to take you to and from the neighborhood, and improved city services thanks to more demanding and politically powerful residents.

But what about the people who don’t get to stay? The renter whose apartment becomes unaffordable, the co-op owner whose rich new neighbors send the common charges sky-high because they want fancy amenities, the homeowner whose property taxes are too expensive thanks to increased home values? What about the kid who grows up and can never afford to rent, much less buy, an apartment in his own neighborhood? How do any of these benefit from better restaurants or safer streets in a neighborhood or city they no longer inhabit?

And how about the people who do stay but are stretched beyond their means? The cost of housing in Brooklyn is debilitating. If you bought a home for the 2014 median sales price of $615,000 in Brooklyn with a 10 percent down payment and a 30 year fixed loan and average interest rate, your monthly mortgage would eat up 98 percent of your income (assuming you earned the median income for the borough). That’s the highest ratio in the U.S., making Brooklyn the nation’s most unaffordable urban county. (The national average is 26 percent.) And as Jordan Fraade noted in Gothamist recently, “The 70 percent of Brooklyn residents who rent aren’t faring any better — average rent in the borough rose by 77 percent between 2000 and 2012. According to a March report by StreetEasy, ‘the typical new renter will spend 60 percent of their income on rent in 2015,’ the highest rent-to-income ratio in all of New York.” Who is this good for? Rich real-estate agents and developers who mostly live in Manhattan or the suburbs, but not most Brooklynites.

A city government should be judged by the material improvements it is able to make for the residents it has — not praised for replacing them with other, wealthier people. And one of the key metrics it should be judged on is not just how much money people make in the abstract, but whether they can afford life’s necessities, such as a roof over their head in the neighborhood they’ve always called home.

Nonetheless, Compton’s Mayor Brown and the rest of the “next Brooklyn” crowd are right about one thing: a city being a desirable destination for professionals can benefit that city’s residents and society as a whole. Detroit has only 37 percent of its peak population. In depopulated Rust Belt cities, attracting any taxpaying residents is a good thing for them and for the environment. These communities need to regain density to revitalize their economies and lower their per capita carbon footprint.

Brooklyn, by contrast, has never been underpopulated. Twenty years ago, it had 2.373 million people and was the second-densest county in the country after Manhattan. Its population has grown 9 percent since then. The main resulting change that locals have noticed is crowding on the subways and in the most desired public schools.

In cities that are fully populated, bringing in rich people who bid up the cost of housing is at best a mixed blessing for those already there. But the downsides can be mitigated through better policies. New York has simply not built enough housing to keep up with demand. More rental housing, and especially more housing that is required to be affordable, can help middle-class and lower income resident stay after their neighborhood gets trendy. So can cooperative, income-restricted ownership structures like Community Land Trusts (CLTs). And so can building more mass transit, so that being pushed out of your current neighborhood to somewhere farther out doesn’t mean losing your subway access.

Indeed, it isn’t too early for even the poorest cities to start planning to protect their disadvantaged residents from future displacement. The time for governments and nonprofits to buy up land for CLTs in any “next Brooklyn” is now, while it’s still cheap. This vision — which is way different from what happened in the original Brooklyn — is the one that cities across the country should aspire to.