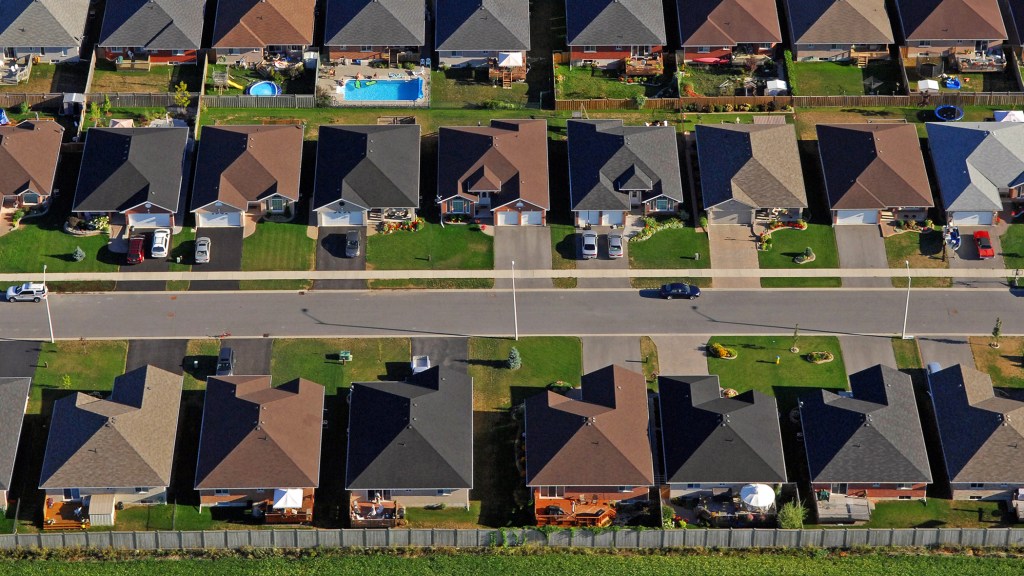 In recent years, an overhyped counterrevolution has emerged in America. Millennials from the suburbs and their empty-nester parents have been flocking to certain desirable urban neighborhoods. This has led to a lot of chin-pulling about “demographic inversion,” wherein the cities become richer and whiter and the suburbs more non-white and poor. Skeptics note that suburbs are in the aggregate still richer and whiter than central cities and most middle-class families still settle in suburbia.

This sociological debate misses the important environmental question: What will we have achieved if we simply change the demographic complexion of who lives in walkable urban areas and who doesn’t? The answer is nothing. For the urbanist movement to be worthy of its name, the end result has to be that a higher percentage of Americans are actually living in central cities, and that the residents of both cities and suburbs represent the full spectrum of American life.

The evidence suggests that a combination of bad public policies is instead causing poor residents to be priced out of the most popular cities by well-heeled newcomers. Consider Annie Lowrey’s report on low-income renters in Tuesday’s New York Times. They are being squeezed by an economy where all the gains accrue to the top and new housing is built at the high end. Gentrification also brings wealthier renters into poor urban neighborhoods, bidding up the price of existing housing. Writes Lowrey:

The number of renters with very low incomes — less than 30 percent of the local median income, or about $19,000 nationally — surged by 3 million to 11.8 million between 2001 and 2011, according to a report released Monday by the Joint Center for Housing Studies at Harvard. But the number of affordable rentals available to those households held steady at about 7 million. And by 2011, about 2.6 million of those rentals were occupied by higher-income households. …

Many of the worst shortages are in major cities with healthy local economies, like Seattle, San Francisco, New York and Washington.

Coincidentally, the Times is also running a moving, deeply reported five-part series this week on the life of Dasani, a homeless girl living in a shelter in Brooklyn. Her family lost their housing subsidy in 2010, when the New York state program was canceled for lack of funds. Dasani, her parents, and her seven siblings now crowd into one room in a squalid, vermin-infested building next to the Walt Whitman Houses, a vast public housing project in the swiftly gentrifying Fort Greene neighborhood.

From a housing perspective, three things stand out about Dasani’s family:

Living in the Poconos, where driving is a necessity and a commute to New York takes 90 minutes, is not environmentally efficient. If the wealthy in-migration to New York City forces an equal out-migration, there has been no environmental gain.

To provide affordable apartments in thriving inner cities and their inner-ring suburbs, we need to adopt both the conservative free-market and liberal big-government approaches to expanding housing supply. Zoning restrictions on density must be lifted, so that developers can increase supply to meet demand. But we must also realize that the market isn’t providing housing at the price points low-income families need. As Roger K. Lewis notes in The Washington Post, “there is not a single state in the United States where a person working full time and earning minimum wage can afford to rent, at fair-market value, a two-bedroom apartment or home.”

Slate’s Matthew Yglesias makes the point about zoning in reference to Lowrey’s article. Lowrey illustrates her story with a 54-year-old nanny facing skyrocketing rents in Columbia Heights, a neighborhood of Washington, D.C., that was predominantly low-income just a decade ago and is now heavily gentrified. Yglesias writes:

[T]here are two questions unanswered … With demand surging, why doesn’t construction surge enough to keep vacancy rates roughly stable. The other: If builders are always aiming at that high end, why are they building in Columbia Heights rather than in the traditionally fancier and more expensive neighborhoods west of Rock Creek Park.

The answers are “zoning” and “zoning.” …

[Y]ou have a twofold limitation on supply. On the one hand, the total number of new units is capped so people only want to build luxury. On the other hand, new construction in the fancy neighborhoods is absolutely prohibited.

For example, you might walk up Connecticut Avenue just west of Rock Creek Park in D.C.’s tony Cleveland Park neighborhood and think it is fully built up because there are no empty lots. But why are all the buildings merely six or 10 stories tall? Why not 40, when the prices indicate that the demand is there? This is why D.C. must eliminate its building height restriction. But it’s also a matter of local zoning ordinances. The side streets in Cleveland Park are dominated by low-density single-family homes. If the market could support replacing them with apartment buildings, why shouldn’t developers be allowed to do that? D.C.’s density is only about one-third that of New York’s, and its population is only about three-quarters as high as its peak 50 years ago. So clearly there is room for more development, as there is in other expensive cities such as San Francisco and Boston.

At the same time, it makes no sense to assume the market will provide the poor with housing any more than it will provide them with health insurance. It’s true that massive, isolated housing projects have often bred social ills. But as the demand to live in New York’s projects demonstrates, it is better than forcing people to live in homeless shelters or more than an hour’s drive from the city where their jobs and social networks are located. The projects in New York are so destigmatized that developers are going to build market-rate housing right in their footprint. And housing projects no longer all look like vertical prisons. Innovative design can make subsidized housing green, human-scaled, attractive, and integrated into the streetscape.

Since even some conservatives agree with liberals that Section 8 vouchers, which allow low-income renters to find apartments on the market, are both the most efficient means of providing affordable housing and the best approach to encourage economic integration, we should appropriate more money for them.

Too often, after years of neglect, depopulation, crime, and disinvestment, cities have viewed recruiting richer residents as the essence of successful renewal. But a revival of urban America as a whole means that more people, from all walks of life, should be able to live safely, affordably, and comfortably in our cities.