For Margaret Gordon, West Oakland is home. So when she learned that a new shipping terminal would be bringing coal right through the heart of it, Gordon was angry. They’d been promised this wouldn’t happen. She joined the hundreds of residents who showed up at City Council to voice their concerns.

Gordon, founder of West Oakland Environmental Indicators Project, has spent the past 18 years rallying people around environmental issues in her neighborhood, specifically when it comes to air quality. She was concerned that the coal exports would bring even more air pollution into West Oakland, a predominantly black community already known for having worse air quality than other parts of the city.

In 2012, the West Oakland City Council authorized the construction of a new shipping terminal at the old army base. The terminal’s developer, Phil Tagami, promised that coal would not be one of the commodities shipped through it. Then Tagami brought on a contractor — Terminal Logistics Solutions — with $53 million in investment from the state of Utah, for the express purpose of sending coal to coal-burning power plants in Asia. The coal would travel by rail to the West Oakland port, potentially sending plumes of coal dust into the air and water. Now, to try to put a stop to this, a group of activists are bringing a lawsuit against the city, asking for a proper environmental review.

Citing these statistics in front of the City Council last month, Vargas stated:

You are perpetuating environmental racism on the communities who have been affected the most for decades from all these pollutions. Stop thinking about mitigating [the effects of coal exports] and start challenging the root problem here, which is that communities have been dumping grounds that have been overburdened by fossil fuels and other industries.

Her words were met with a loud roar from the crowd. She ended with a question for the City Council: “Are you going to stand with environmental justice communities or are you going to keep lining the pockets of a dead industry?”

Vargas was one of hundreds at the City Council public hearing expressing their concerns with exporting coal through Oakland. The crowd included residents, environmental experts, workers, students, professors, pastors, and activists, concerned about everything from poor air quality in West Oakland, to pollution in both the air and the rivers near the railroad tracks, to the climate change effects from burning coal in Asia. Elaine Brown, a former Black Panther, spoke about how the pollution from coal could destroy the crops in her urban garden, an oasis in a community stricken by food deserts. The developer had promised to cover the coal trains moving through Oakland, but that would only mitigate the problem of coal dust, not eliminate it completely. As an environmental expert reminded the City Council, even the lowest levels of coal pollution can have major effects on public health.

Not everyone in the crowd opposed the terminal’s coal exports unequivocally. Many spoke to the fact that the exports would bring jobs to the neighborhood. Multiple leaders of the faith community in West Oakland stated that they were most concerned with jobs — as poverty, hunger, and homelessness in West Oakland are a real and growing problem — and therefore, the terminal should be applauded for providing more of them. Other labor activists spoke out against the coal exports. The International Longshore and Warehouse Union and the Alameda Labor Council both formally came out against the exports due to health concerns to workers. Susan Schacher, a member of a teachers’ union, reminded the city council that “there are no jobs on a dead planet.” 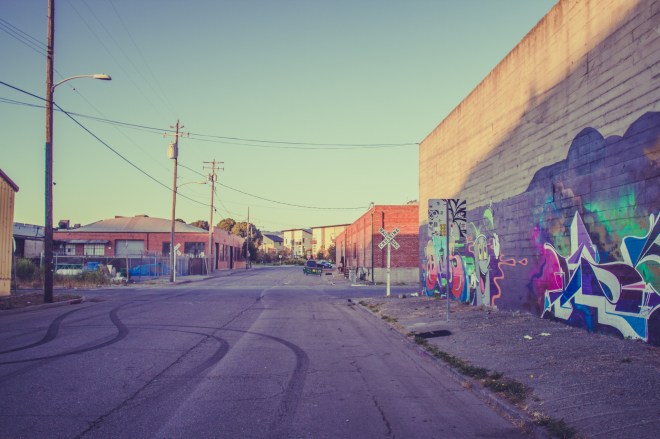 In the end, it is a predominantly black and low-income neighborhood that will bear the brunt of exporting coal through West Oakland. For those who live there, these potential coal exports are just the latest in a series of environmental concerns. Over the years, the air pollution in West Oakland has become a public health crisis. The port and shipping centers in West Oakland bring a large number of trucks through the neighborhood, many often idling for long amounts of time. Their diesel exhaust worsens the air quality, resulting in a larger amount of residents suffering with breathing-related conditions.

The West Oakland Environmental Indicators Project, under the direction of Gordon, has been focused on doing community-participatory research to determine information on asthma and breathing-related issues in the neighborhood.

What did they find? In West Oakland, a predominantly black and working-class neighborhood, one out of five children will go to the ER because of an asthma attack. The neighborhood also has an increased level of chronic obstructive pulmonary disease, which amounts to a predicted lifespan 10 years shorter than that of the predominantly white community nearby in Oakland Hills.

Gordon’s work and that of others organizing in the neighborhood has resulted in some major wins: There’s a new idling limit stating that trucks can’t idle for longer than five minutes, a parking facility that keeps trucks from parking on the sides of the road in West Oakland, a rule that no trucks older than 2003 can do import and export work at the Oakland Port, and filters on ships and trucks to reduce the diesel particulate that goes into the air.

But the coal exports now threatening to come into West Oakland could backtrack on all the successes they’ve fought for to mitigate the harmful effects to their air quality.

Community organizer Vargas sees the coal exports as part of the larger issue of housing segregation and displacement in cities. She explained to Grist that “historical zoning right next to industrial spaces [means that these] residential spaces have been the [forefront] of pollution and chemical waste.” Gentrification and displacement means residents in West Oakland often have less power to fight against industries that will negatively affect their environment. And, often, they are expected to choose between a false dichotomy: jobs or clean air.

The City Council is expected to hold a status report on Oct. 20 and the final decision will be made on Dec. 8. But some think the City Council has not done all it can to understand the effects that coal exports would have on the environment.

Vargas worked with the Communities for a Better Environment, along with Earthjustice, the Sierra Club, and the Asian Pacific Environmental Network, to file a lawsuit in Alameda County against Oakland last week. The suit calls for a new environmental review now that the terminal plans to export coal.

“The environmental internal review [is the] only process they have to really hold the developers accountable,” Vargas told Grist. “We’ll do everything we can to use the power and the tools at our disposal to hold future polluters accountable.” Vargas’ and Gordon’s community is up against all odds (and money-hungry developers) but, if they succeed, they might just prove what community-driven organizing can really do.