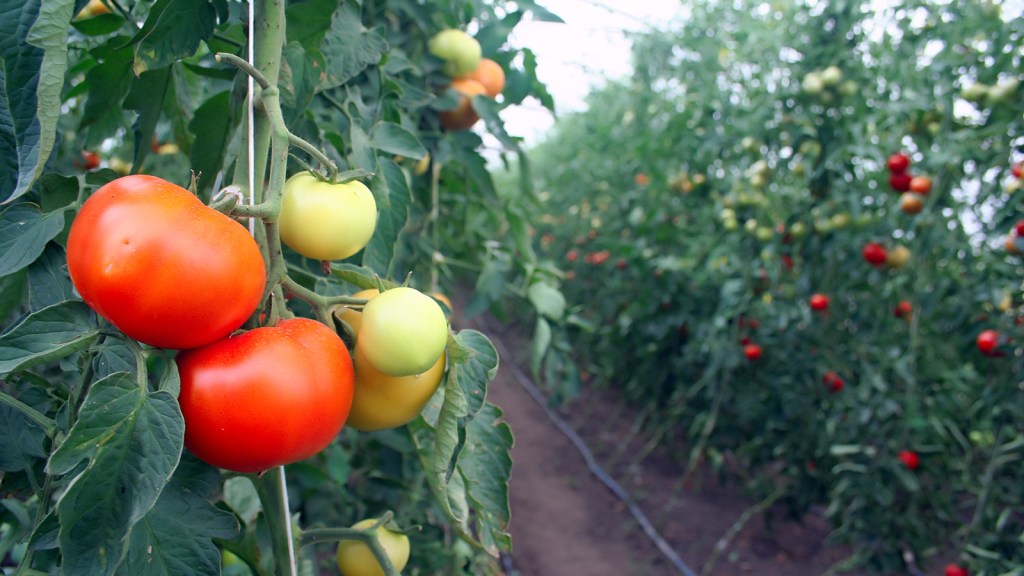 Ray Kidd was incarcerated for violent crimes from the ages of 16 to 23. Both of his parents are currently in federal prison. Now, Kidd wants to break the cycle, and he’s doing it through farming. Kidd is an employee at West Oakland Farms, a for-profit operation founded by former Black Panther Elaine Brown. “Every day I come here I learn something new,” says Kidd. “I didn’t know that a lot of fruits start life as a flower; that just blew my mind.”

Kidd is one of 10 former inmates working at West Oakland Farms. “People come out of the joint with nothing to do and $200 in their pocket,” says Brown. “Once that money runs out … they’ll do anything to survive, including hitting somebody in the head for $20. We have to create positive opportunities for these people to return to the community.”

Which is exactly what Brown is trying to do. West Oakland Farms, which has 40 raised beds full of fresh produce, is part farm and part prison re-entry program (workers make $20 an hour), but Brown has ambitions for even more. Civil Eats reports:

Down the road, Brown wants to add a juice bar, fitness center, grocery store, and tech design space, along with affordable housing on the city-owned property under the umbrella of the nonprofit organization she founded last year, Oakland & the World Enterprises. …

The farm is a welcome addition to the neighborhood. Oakland & the World Enterprises leases the three-quarter acre plot from the city in a section of Oakland that has been slower to bounce back than other areas. The land is located directly across from the Bay Area Rapid Transit (BART) line, which connects Oakland to San Francisco and other parts of the Bay Area. As with much of the rest of this city, West Oakland is a neighborhood that many believe is rapidly gentrifying: Community farms, cafés, and restaurants are popping up, but the area still lacks a supermarket.

Brown, who returned to Oakland in 2010 after at 30-year absence, has a long history of activism. An author, musician, and community organizer, she served as chairwoman of the Black Panther Party in the mid-’70s. “I’m not in the farm business,” she told Civil Eats. “I’m in the business of creating opportunities for Black men and women who are poor and lack the education, skills, and resources to return to a community that is rapidly gentrifying without economic avenues for them in mind.”

There is, however, a long way to go. Brown estimates the entire cost of the operation will be between $30 and $40 million. But it won’t just be good for the prisoners, she says. It will be good for the whole community. West Oakland was once a vibrant African-American hub, but redevelopment — including a series of freeways and a train line that divided the neighborhood — left it to decay in recent decades. This project, Brown hopes, will help to heal some of that damage.