35,000 walruses start their own climate march 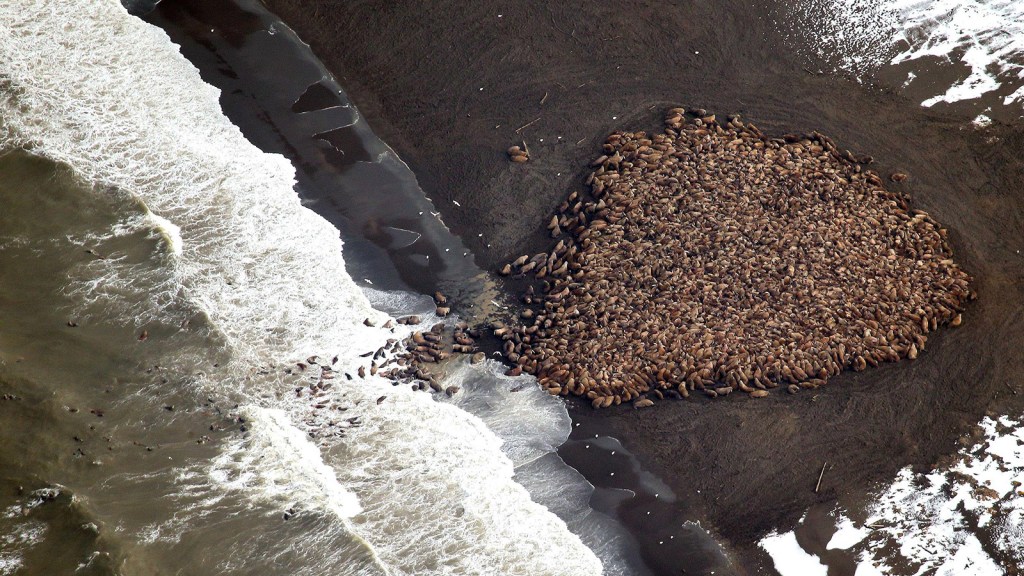 35,000 walruses start their own climate march

The People’s Climate March had more impressive numbers, but Pacific walruses sure have us beat on color coordination. This September, more than 35,000 of these flabby, whiskered pinnipeds have crowded a beach on the northwestern Alaskan island of Point Lay. Scientists are calling it potentially the biggest walrus haul-out on record — and they’re blaming it on climate change.

Walruses typically follow sea ice as it recedes to the North Pole, where they use the floating platforms for resting, giving birth, and raising pups. But the dearth of sea ice (September had the sixth-lowest extent of sea ice on record) forces Pacific walruses to swim long distances to reach solid ground on the coasts of Russia and Alaska. Brad Plumer at Vox has the full charty, facty version:

Similar walrus haul-outs have been happening since Arctic sea ice hit an unexpected low in 2007. Indeed, in six of the past eight years, the Chukchi sea ice has receded far enough that walruses have had to swim to land.

Worse, when climate forces walruses to assemble en masse, it’s not all giant floats and drum circles. Researchers think walruses on land are much more likely to trample each other than on ice (especially if they get spooked). Gah.

Still, if we’re taking bets on which march had the better group chants and rallying cries, I’m betting on the walruses: