Recently, we’ve had more reason than usual to be optimistic on climate change — the world reached its first truly global climate agreement in December, there are a lot of signs that China is getting serious about its emissions, and coal is facing economic collapse in the U.S. But there’s just as much news to sour this outlook, particularly when you look at what’s happening to carbon dioxide.

The National Oceanic and Atmospheric Administration has reported the biggest 12-month jump in carbon dioxide concentrations since record-keeping began, based on preliminary data from its Earth Science Research Lab in Mauna Loa. From February 2015 to 2016, the global concentration of carbon in the atmosphere rose a record 3.76 parts per million (ppm), to over 404 ppm. The last record-holder was 1997-1998, when carbon dioxide rose 3.70 ppm. We’ve broken other records this past year, too: The 2015 calendar year also posted the biggest-annual rise in carbon levels, while NOAA reported last May that carbon stayed above an average 400 ppm for the entire month, a first in millions of years. 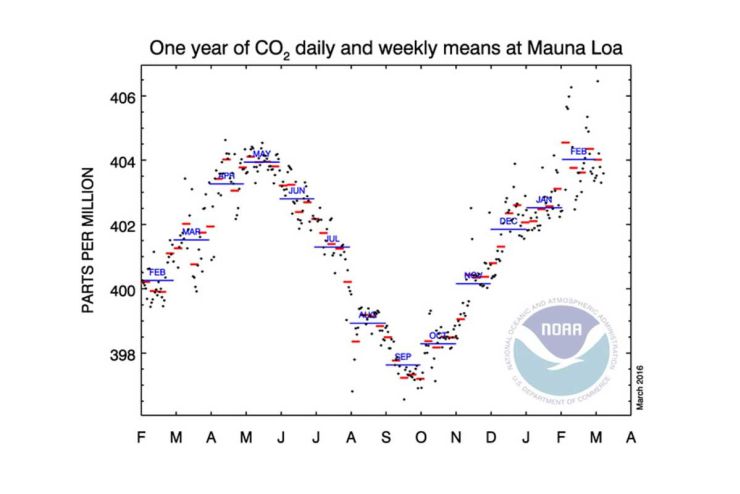 Meanwhile, 2015 was the hottest year on record.

Mauna Loa’s data looks at the big picture of carbon in the atmosphere and not just emissions from the energy sector and industry. It includes deforestation’s impact on CO2, as well as El Niño, which boosts wildfires that release even more carbon. The previous record, 1997-1998, was also during El Niño. 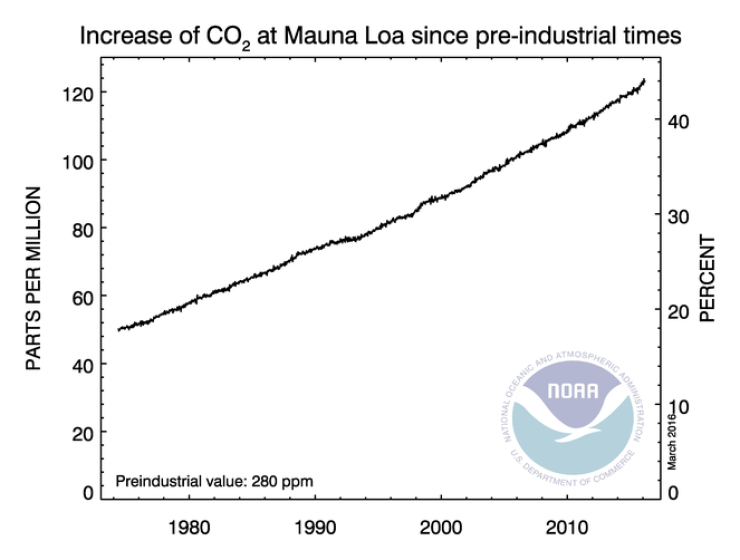 “Carbon dioxide concentrations haven’t been this high in millions of years,” NASA carbon and water cycle research scientist Erika Podest said in a statement on breaking another carbon milestone last year. “Even more alarming is the rate of increase in the last five decades and the fact that carbon dioxide stays in the atmosphere for hundreds or thousands of years.”

Well then. The world’s work is just beginning.