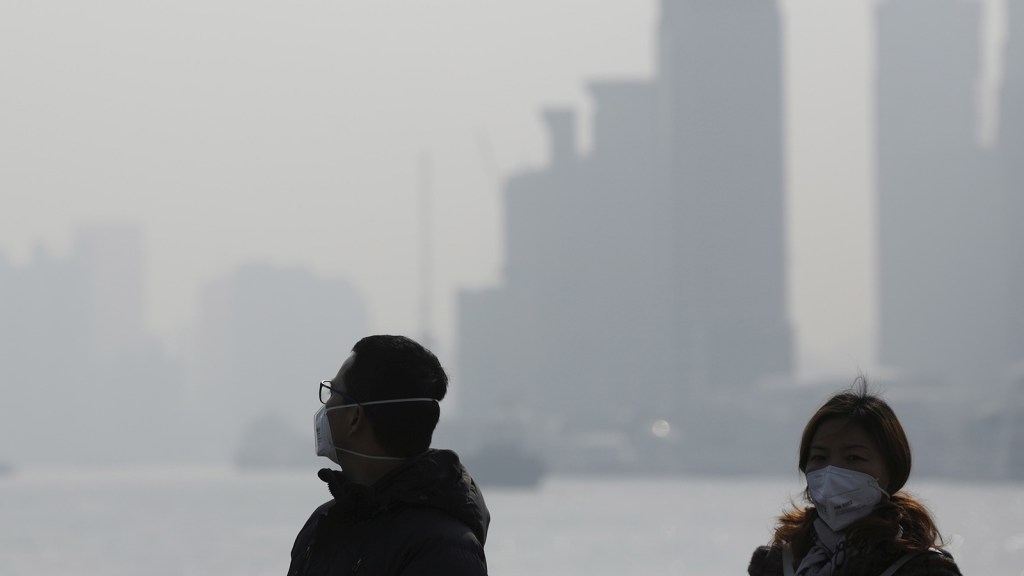 People wear protective masks near the Bund during a polluted day in Shanghai. Reuters/Aly Song
News

Coal use is down in the U.S. and China — and it’s not a blip

China and the U.S. — the world’s two largest economies — are finally breaking up with coal.

China’s National Bureau of Statistics reports that coal consumption dropped in 2015, for the second time in two years, by 3.7 percent. That’s even faster than coal’s decline the year before, when consumption fell 2.9 percent. China’s carbon pollution has also declined by 1 to 2 percent since 2014, due in part to a slowing economy and the decline in cement and steel production.

Put another way, the “fall in coal use over past two years was equal to Japan’s total yearly coal consumption,” says Greenpeace (Japan is heavily reliant on coal itself).

This likely isn’t a two-year blip: China plans to close more than 1,000 coal mines in 2016 and has halted approval for new coal mines for the next three years as part of its new front in the battle with air pollution. Its renewable energy industry, meanwhile, is expanding at an astounding rate. The country’s wind and solar capacity increased 34 and 74 percent respectively, which met the country’s growing electricity demand.

Before you get too excited about this rare good news for climate change, there’s one big disclaimer: We know that China’s reporting of emissions data isn’t always accurate; last November, we learned that Chinese officials had underreported 2012 emissions data.

But if these numbers are indeed accurate, it’s no small feat for fighting climate change. China is responsible for half of the world’s coal consumption. Meanwhile, the U.S. is also cutting coal in the power sector much faster than expected.

According to a February report from the Business Council on Sustainable Energy, coal accounted for just over a third of U.S. electricity sources in 2015, at 34 percent. At it’s peak in 2005, the industry accounted for 50 percent of the electricity sector. The precipitous drop in coal use — which hit a 35-year monthly low last November — puts the U.S. halfway to the Obama administration’s goal of cutting carbon emissions from the power sector by one-third over 2005 levels.

Even if coal is on the way out — an outcome most of the world agreed is necessary when it adopted the United Nations Paris climate agreement in December — the question is whether it’s happening fast enough. China promised to reach peak carbon emissions around 2030, but signs suggest that date may come much earlier.

That said, most breakups have some bumps along the way — coal included. There have been been mixed developments on coal and greenhouse gas emissions around the world since the Paris summit: European Union now looks like it may overshoot its earlier emissions targets, while Australia’s carbon emissions are back on the rise after the repeal of its carbon tax.

The road to coal’s demise will certainly be long and fraught, but at least we have an idea now that it’s headed in the right direction.