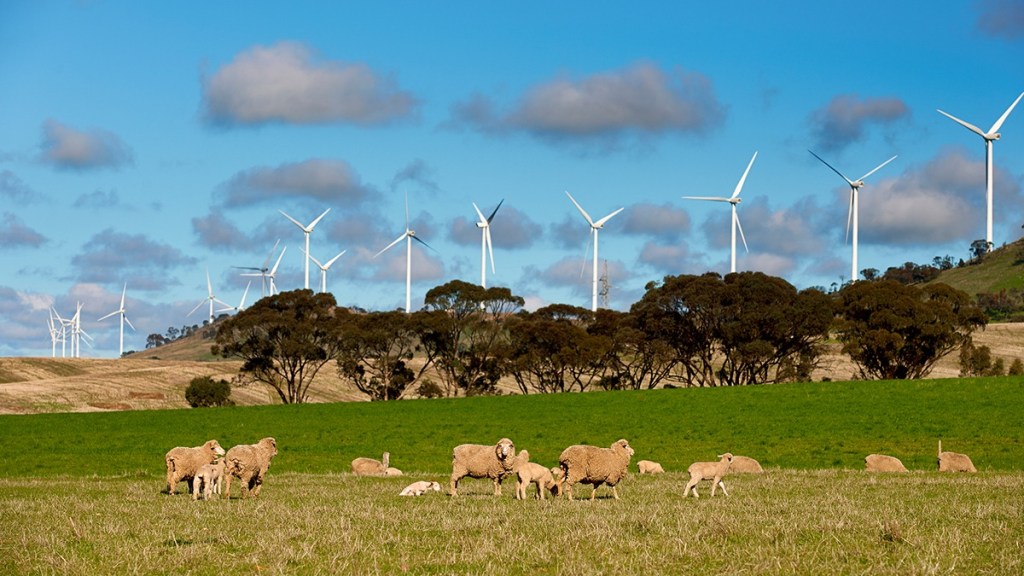 Here’s one for the naysayers who insist renewable energy can’t keep the lights on and power our cities. An entire state in Australia with a population of  around 1.7 million people just used renewable energy to meet 100 percent of its electricity needs throughout an entire working day. According to industry news site Energy Business News:

Between 9.30 and 6pm on Tuesday, September 30, a day not unlike most Tuesdays, with business and homes using electricity as usual, the state received the favourable weather conditions allowing solar and wind infrastructure to work side by side to achieve the impressive achievement.

The analysis comes from Pitt & Sherry, an Australian energy consultancy. As the wind picked up, all but two of the state’s coal-fired power generators, and one gas-powered unit, were shut down; the excess power was exported to other regions, according to the report. There were a few moments during the previous days — on Sept. 27 and 28 — when the state actually produced more wind power than the state’s total energy demand. Normally, nearly a third of the state’s energy comes from renewable sources, according to figures from 2012 to 2013.

South Australia, home to the city of Adelaide, has almost half of the country’s wind capacity; 25 percent of its households have rooftop solar installations, according to the report. The state is aggressively pursuing green energy goals, upping its 2025 renewable energy commitment from 33 percent to 50 percent, having met its previous goal six years ahead of schedule.

All of that policy uncertainty is having an impact on the renewable energy sector in Australia. Investment has virtually frozen in a land famous for being bathed in sun. Recent data from Bloomberg New Energy Finance shows Australia is on track to record its lowest level of financing for big renewable projects since 2002, dropping the country from the 11th largest investor to 31st in Bloomberg’s rankings. In the third quarter of this year, investment was down 78 percent from the same time last year.