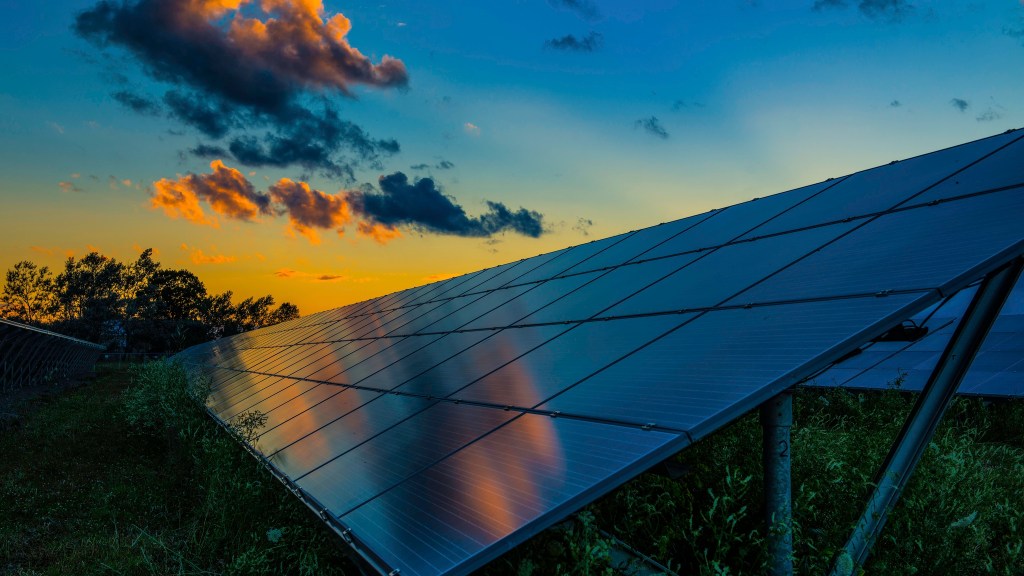 Solar, wind, and other renewables are making such a big difference in greenhouse gas emissions worldwide that global emissions from the energy sector flatlined during a time of economic growth for the first time in 40 years.

The International Energy Agency announced Friday that energy-related CO2 emissions last year were unchanged from the year before, totaling 32.3 billion metric tons of CO2 in both 2013 and 2014. It shows that efforts to reduce emissions to combat climate change may be more effective than previously thought.

“This is both a very welcome surprise and a significant one,” IEA Chief Economist and incoming IEA Executive Director Fatih Birol said in a statement. “It provides much-needed momentum to negotiators preparing to forge a global climate deal in Paris in December. For the first time, greenhouse gas emissions are decoupling from economic growth.”

Following an announcement earlier this week that China’s CO2 emissions fell 2 percent in 2014, the IEA is crediting 2014’s progress to China using more solar, wind, and hydropower while burning less coal. Western Europe’s focus on sustainable growth, energy efficiency, and renewables has shown that emissions from energy consumption can fall even as economies grow globally, according to the IEA.

Global CO2 emissions stalled or fell in the early 1980s, 1992, and 2009, each time correlating with a faltering global economy. In 2014, the economy grew 3 percent worldwide.

In the U.S., energy-related CO2 emissions fell during seven of the past 23 years, most notably during the recession of 2009, U.S. Energy Information Administration data show. Emissions in 2013 — the most recent year for which U.S. data is available — were higher than they were in the previous year, but 10 percent lower than they were in 2005.

At the same time, the carbon intensity of the U.S. economy — CO2 emissions per dollar of GDP — has been trending downward over the past 25 years, according to the administration.

Steven Cohen, executive director of the Earth Institute at Columbia University, said the globe is starting to see the benefits of energy efficiency and the use of renewables, but those improvements may not last.

“The decline in oil prices and the massive increase in fossil fuel use in China and India will push in the opposite direction in 2015,” he said. “We still need to develop a transformative renewable energy technology that is less expensive than fossil fuels and can match the reliability and convenience of fossil fuel technology. I believe we will develop such a technology, but the sooner the better. Our goal should be to drive fossil fuels from the marketplace.”

The IEA will release a more detailed analysis of global energy-related CO2 emissions in a special energy and climate report to be released in June.

“The latest data on emissions are indeed encouraging, but this is no time for complacency and certainly not the time to use this positive news as an excuse to stall further action,” IEA Executive Director Maria van der Hoeven said in a statement.