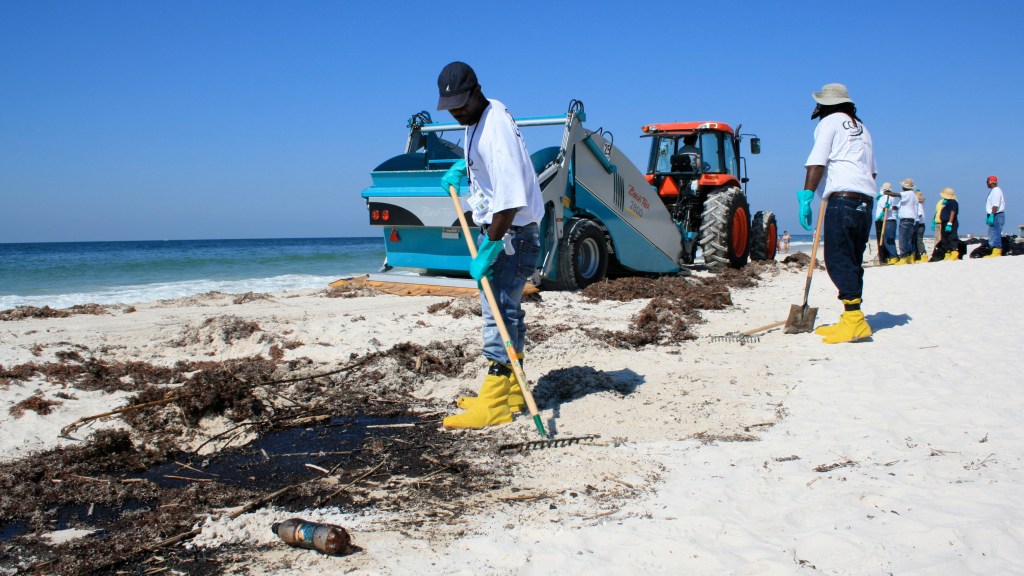 Last October, five years after the spill, the BP oil spill settlement was finally announced. Alabama received $2.3 billion of the $20 billion settlement (which was split between five states along the Gulf and the federal government).

While the money is supposed to help the areas affected by the spill recover both economically and environmentally, coastal communities are concerned about how the money will be spent.

A recent move by the Alabama governor may have proved them right. Gov. Robert Bentley is using some of the BP settlement money to fix the governor’s mansion along the beach — despite the fact that the mansion was destroyed long before the spill. Think Progress reports:

Yet that beachside mansion, which Alabama governors beginning with famed segregationist George Wallace have enjoyed, was not damaged by the BP oil spill. It was damaged more than two decades earlier by Hurricane Danny, and has sat empty ever since.

While Alabama’s oyster industry and coastal communities continue to suffer from the effects of the massive Deepwater Horizon oil well blowout, the repairs to the governors’ mansion are estimated to cost between $1.5 million and $1.8 million. Though Bentley says he will stay there only “on occasion,” the administration said the property would be “primarily” used to wine and dine corporate executives considering the state for investment.

Alabama also plans to use a good chunk of the recovery funds to build a 350-room hotel and convention center on the coast. Alabama would spend $60 million of the spill settlement on the hotel in a $135.5 million restoration package that also includes dune restoration, walking trails, and other Gulf State Park projects. The plans resulted in a lawsuit filed by environmentalists who say the hotel is not a proper use of the recovery funds.

Front line communities are still suffering from the environmental and economic effects of the spill — and many of their public officials argued for more local control of settlement funds.

In October, after the settlement was announced, Alabama Rep. Bradley Bryne expressed his frustrations to Yellowhammer News: “The settlement is severely flawed because it puts too much money under control of the federal and state governments … A better settlement would have directed more money into the RESTORE Act process and allowed our coastal communities to decide how the money should be spent.”