Pie in the sky: Wood-fired pizza and air quality issues 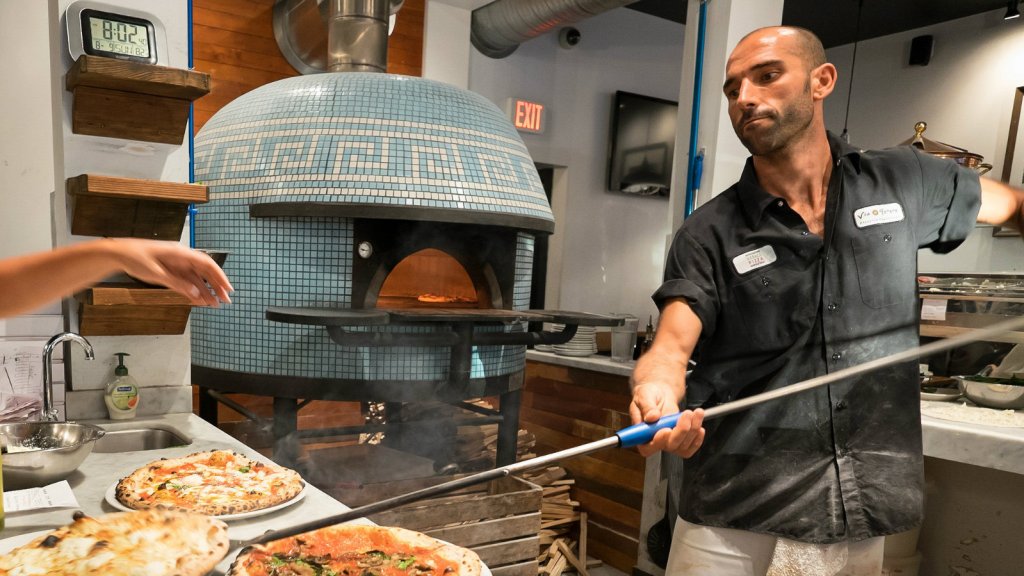 Pie in the sky: Wood-fired pizza and air quality issues

A small town in Italy just banned traditional pizza ovens in restaurants because they were causing too much air pollution. The idea that smoke from cooking fires can cause harm isn’t new. Millions of people die every year from the indoor air pollution caused by old-fashioned cooking techniques. And grilled meat is the largest source of particulate-matter pollution in Southern California. (Diesel engine, still produce more nitrogen oxides — often seen as the biggest air pollution problem.)

It’s all too easy to deny the environmental impact of our eating habits when they directly impact said eating habits. We intuitively feel the hazard in waste incinerators, factories, and trucks; thin-crust pizza, barbecue, and campfires, not so much. It’s only natural to think that the pollution spewed in baking my pizza Napoletana is nothing compared to that spewed in making someone else’s less appealing dinner. But, of course, we’ll only solve these problems if we’re willing to regulate ourselves.

Fortunately it’s possible to filter restaurant emissions. And at least wood-fired ovens are a little better than coal-fired pizza.