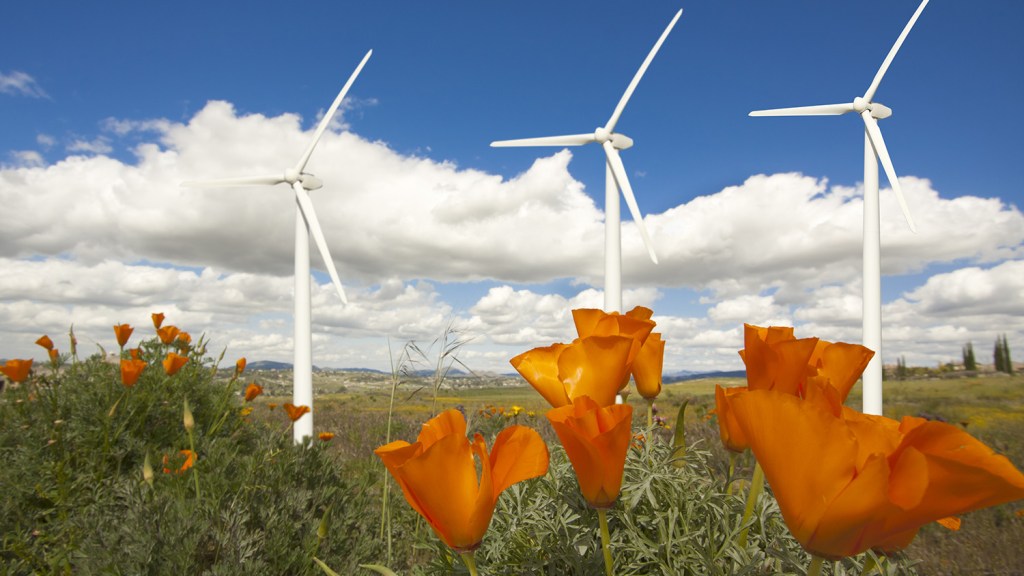 An energy revolution is breaking out in California and a few other states, one that could radically increase the amount of renewable energy available to citizens and end the tyranny of foot-dragging utilities. Outside of the rapidly falling costs of solar power, it’s just about my main source of domestic optimism these days.

I’m talking about community choice, or, in the horrid legalese, “community choice aggregation.” I’ve discussed it before in passing, but it’s starting to seriously catch on, so I want to take a closer look.

Say a town, city, or county is dissatisfied with the power it gets from its utility — it’s too expensive, or too dirty. One option would be for each municipality to leave its utility and form its own “municipal utility.” That has its advantages, but it’s a pretty huge step, since the municipality would have to take over not only power procurement but grid operation and maintenance, billing, customer service, etc. In many smaller towns, it’s not practical.

The other, emerging option is community choice aggregation, whereby a county or municipality takes over only the job of buying and selling power, leaving grid management and billing to the utility. It aggregates customers from every participating city, town, and county and uses their collective purchasing power to procure exactly the kind of electricity it wants.

The two main motivations to opt for CCA are cheaper power and cleaner power. At least to date, those two goals have not come into conflict. In most cases, CCAs get power that’s cheaper and cleaner than what they were getting from their utility. (Whether those goals conflict in the future will be of keen interest.)

CCA must be enabled by legislation and it has been in six states: California, Illinois, Massachusetts, New Jersey, Ohio, and Rhode Island. According to the website Local Power, which tracks these things:

Today, 5% of the U.S. population is under CCA service for electricity in 1300 municipalities, including well-known population centers like City of Chicago, Cincinnati, Cape Cod, Sonoma County as well as hundreds of less known small towns and rural counties. CCA formation by municipal ordinance or local election is allowed and provided for under state laws governing 25% of the U.S. electricity market.

California has been particularly on the ball. Marin County started the state’s first CCA program — it now serves 125,000 customers. Sonoma County has followed suit. San Mateo County is considering it; county supervisors just voted to do a study of the proposal. The mayor of San Francisco, who’s running for reelection this year, has reversed his previous opposition to the city joining a CCA. Now he says his only objection was that there wasn’t enough local power required!

Perhaps the most interesting battle is happening in San Diego. Whereas San Francisco represents only about 5 percent of utility giant PG&E’s customer base, San Diego represents over 40 percent of San Diego Gas & Electric’s. That’s a big chunk to lose!

CCA is a key part of San Diego’s Climate Action Plan, which among other things commits the city to a legally binding target of 100 percent renewables by 2035. There is effectively no way for it to hit that target if it has to accept whatever power SDG&E sees fit to buy for it.

There have been various efforts to kill CCA at the state level, some supported by the state chapter of the International Brotherhood of Electrical Workers (IBEW), many of whose members work for utilities. The local San Diego chapter of IBEW, however, supports the city’s 100 percent renewables target. The fate of the San Diego’s climate plan, or at least CCA’s place in the plan, remains uncertain. It if did go through, it would represent something of a watershed for the CCA movement.

CCAs vary from place to place, but Cali’s share a few common features. They are opt-out rather than opt-in — customers can choose to remain with the utility, but they have to affirmatively indicate as much. That alone ensures high participation rates (readers of Nudge will understand why).

CCA can also give a huge boost to a bunch of other policies that utilities typically fight or slow-walk, including net metering, feed-in tariffs, and efficiency programs. This post by Woody Hastings lists a few of the benefits that came along with the Sonoma County CCA. In addition to the basic benefit — giving those consumers more choices in energy — it also has 30 percent lower emissions than the utility, and it boasts rates that are 5 to 8 percent lower than the utility’s (depending on the tier).

Sonoma’s CCA features a robust net metering program, “NetGreen,” that compensates solar customers better than the utility. It features a version of my own favorite policy, feed-in tariffs, in the form of “ProFiT,” which guarantees clean energy developers favorable terms for the power they feed into the grid. It has doubled the amount of solar in Sonoma County’s energy mix and established power purchase agreements for 70 megawatts of new solar. And it will bring the level of geothermal in the county’s mix up to around 23 percent by 2018.

Perhaps best of all, enrollment in the plan’s phase-one rollout was much higher than expected: 85 percent of customers stayed with the CCA.

Not every CCA is going to spur all those policies. But that’s kind of the point: they will enable the exact mix of policies that best expresses the needs and values of their customers. It will give consumers some power and agency in the process, something they haven’t had for some time.

Is CCA power really cheaper? At least in California, at least so far, yes. These charts come via San Diego reporter Lisa Halverstadt:

As you can see, the Marin and Sonoma CCAs are charging slightly lower rates than the utilities they left behind, despite providing substantially more clean energy.

How do they do it? This post from lawyer Ty Tosdal hits the basics. First, CCA represents competition for utilities, putting pressure on them to keep costs down and keep customers happy. (Utilities aren’t used to competition, to say the least.) And this:

An alternative energy provider behaves differently than a utility. CCA programs, for example, have used the political and legal process to advocate for lower transmission and distribution charges, utility fees and rates in general. You’re not going to see that kind of advocacy from utilities, who must serve shareholders, or regulators that are struggling with proper oversight.

(If you read the linked story, you’ll see that “struggling with proper oversight” is a rather charitable characterization.)

In other words, CCA provides not just an economic and environmental but a civic counterweight to utilities. It enables electricity consumers to organize on behalf of their interests and values. Why, you could almost call it democratic.

Naturally California utilities hate this. Just hate it. In all the stories I read, this passage was the most poignant:

A PG&E representative did not respond to a request for comment. A 2011 law prohibits the company from using ratepayer revenue to market against community choice aggregation.

Aww. I doubt utilities will be similarly restrained in other states. Watch for them to go after CCA with even greater fury than they’ve attacked net metering. It is a strike directly at the heart of their business model.

For all the same reasons utilities hate CCA, I love it. It completely cuts through the utility Gordian knot — the tangle of restructured and unrestructured regions, corrupt PUCs and broken business models, obscure political maneuvering and big-money deals — and puts power directly in the public’s hands. It opens up opportunities for all the talk about Utilities 2.0 to become reality, to start experimenting in the real world.

Most of all, it enables citizens who want clean energy to get it. That seems like the kind of thing Americans could rally around.