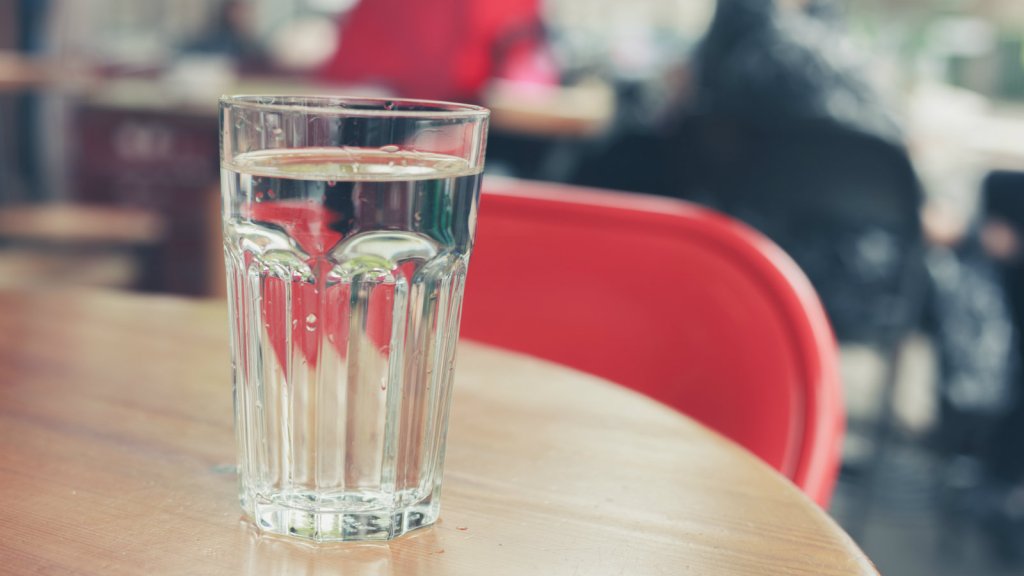 If you’ve dined out in California lately, you may have noticed something missing: your complimentary glass of water.

That’s no accident. Last winter, as the state’s epic drought wore on, the Water Resources Control Board was desperate to reduce water use — so it called on the public to offer up ideas. Someone volunteered what seemed like obvious solution: Restaurants could quit giving out water with meals unless diners asked for it.
Board scientist Max Gomberg recalls, “All of us in the water management part of state government looked at it and thought, ‘Of course. This is such a basic thing.'”

So in April 2015, the Board rolled out the new rule along with a series of regulations intended to help Californians obey Gov. Brown’s executive order to cut water use by 25 percent. Before long, placards began appearing in bars and restaurants across the state, and help-yourself pitchers were put away. Violators can face fines of up to $500.

It’s a noble idea — giving up your dinnertime glass of water for the sake of California’s parched land. But I’ve been wondering: In a state where 80 percent of water goes to agriculture, how much water is the restaurant measure actually saving?

Peter Gleick, President of the Pacific Institute — an independent research institute that tackles drought issues around the world — wondered the same thing. So he did the math.

Based on a survey that found the average American eats out close to five times a week, he calculated that 315 million Americans ate roughly 260 meals at restaurants each year. Guessing that about six ounces of water in each person’s glass would go unused, he estimated a total of 3.8 billion gallons of water per year. Add another 16 billion gallons to wash the glasses and the total comes to 20 billion gallons nationally — enough to fill 31,000 Olympic-sized swimming pools.

There are about 39 million people in California, so by the same logic, that’s about 2.5 billion gallons state-wide, or around 3,900 pools. That may sound like a lot, but to put it in perspective, it’s only about 0.2 percent of the water used to grow California’s almonds.

Of course, this math is just a back-of-the-napkin calculation — the real data isn’t available. Still, Gomberg says, the strategy was intended more for educational purposes than for anything else.

“It may not save us a lot of water but what it does is raise awareness,” he says. “Everyone goes out to eat. And not only that — it helps visitors to the state. People who come from out of state, people who come internationally, who may not be following the news and may not know about the drought.”

Gleick agrees. “We aren’t going to solve the drought problem by stopping restaurants from serving water,” he says. But “We are beginning slowly to put in place the policies that will really cut urban water use.”

The state is preparing to release its monthly conservation figures, which will reveal California’s progress on meeting the Governor’s 25 percent reduction order. Gomberg hints that there may be new enforcement mechanisms to reign in districts that are over the mark.

Still, Gleick says, even little measures can sometimes have an impact. “I was at a restaurant on Sunday having brunch, and I noticed that the waiter clearing the glasses of water that hadn’t been finished, and taking them outside and pouring them on a tree,” he says. “So at least some people are getting the message.”