Can Shell afford the risks of Arctic drilling? 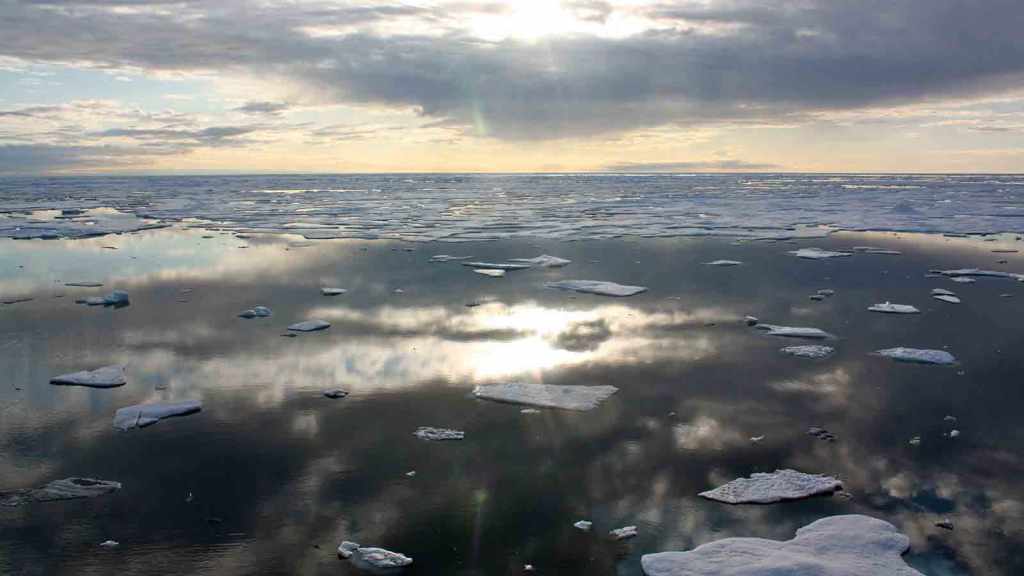 Can Shell afford the risks of Arctic drilling?

As Shell’s Polar Pioneer rig whirrs through the Chukchi sea bedrock this week, there’s a lot riding on what it finds.

This is the first time the Anglo-Dutch giant’s star-crossed Arctic program will drill deep enough to hit oil. The company has reportedly spent $7 billion on getting to this point, including replacing its prize Kulluk rig after it ran aground off Alaska in 2012. For them to gain any of this back, a number of things need to happen.

Most importantly, there needs to be a lot of oil. “One would have thought they would need to find in the billions of barrels of oil to make it work. But it’s difficult to be specific,” said James Henderson, a researcher at Oxford University’s Institute for Energy Studies.

No one can have any surety about what is trapped in the rocky structures 2.5 kilometers below the surface until the company has drilled into them (the process may take a year). Despite good prospects they may find nothing, as happened to Cairn Energy in Greenland. It could also be gas. If either of these occur, the company has said it will take the hit and walk away.

“The biggest thing that could go wrong is Shell not finding enough oil. Gas up there is worthless because it is so far from the end market and because of shale in the U.S.,” said Chris Wheaton, energy fund manager of Allianz Global Investors — a significant Shell shareholder.

But the prospects are huge. The U.S. Geological Society estimates there could be 90 billion barrels of oil beneath the Arctic Ocean. Nick Butler, a former vice president of strategy at BP and special advisor to the last British prime minister, said industry rumors hint that Shell believes it is on to something vast. Perhaps up to 30 billion barrels.

“Thirty billion would be enormous in global terms — bigger than Prudhoe Bay or any of the Russian fields and comparable with the biggest in the Middle East. It would start a gold rush to the Arctic because people would believe there would be other comparable fields,” said Butler.

This is an environmentalist’s nightmare. An unstoppable, market-driven race to the north. Shell has admitted this will inevitably lead to spills. A vast, new oil source will also make reducing carbon emissions more difficult.

But if the find is more marginal, the picture becomes more complex. “If it is less than this, say 10 billion barrels which is still big, the issue is the cost of production,” said Butler. “I think that would be very high — certainly over $100 per barrel. That means production would only be profitable if world prices were significantly higher than that on a permanent basis.”

Henderson agreed the price required for Arctic viability would likely approach $100 per barrel. But he said the production price would depend on the depth of the discovery and the geology in which it is found. Oil can exist in vast, easily tapped reservoirs. Or small, expensive to access pockets. Wheaton’s calculations were more positive for Shell, giving them a 10 percent return once the oil price reaches close to $70 per barrel.

Either way, any of those prices currently look out of reach with global market oil prices currently hovering around $50 per barrel and potentially set to go lower. On Wednesday, the International Energy Agency reported a “glut” in oil supply that will continue to pile up in the years to come — despite increasing demand. The Organization of the Petroleum Exporting Countries does not predict the price to rebound any time in the next decade.

But the current oil price is irrelevant, a company spokesperson told the Guardian: “If we do find a commercial discovery in Alaska, it will take 10 years or longer before first oil could be produced.”

Predicting the price of oil at that range is “crystal ball stuff,” said Henderson. But the factors that will affect it are becoming more democratic than ever before.

The competitiveness of resources in Iran, Iraq, and from U.S. shale oil will continue to raise or lower the price of oil. But adaptations to climate change, such as electric vehicles and carbon pricing, will become increasingly important.

“It’s not just a supply-side risk anymore. It’s possibly a demand-side risk as we go into a more renewable and environmentally and hydrocarbon-unfriendly world,” he said. “Although in 10 years time oil is still likely to be the dominant fuel in transport. For an Arctic project to work, you’ve got to believe that oil is going to be the dominant fuel for many decades beyond that.” Perhaps as long into the future as 2050.

Despite the slim chance of a global carbon price emerging from December’s Paris climate conference, Shell says it already factors a carbon price of $40 per tonne into its operations. That is because many nations, and U.S. states, are acting unilaterally to put a price on carbon. But if there is a lot of oil or a high oil price “it would have to be a very strong carbon price” to cut into Shell’s prospects, said Butler.

All this ignores a pretty big polar bear in the room — the risk of a large or catastrophic spill. Which most experts agree would be extremely difficult to clean up in the Arctic conditions. Shell claims it has mitigated the chance of a really massive spill, in the style of BP’s Macondo well blow out in the Gulf of Mexico, as much as possible. That disaster cost BP more than $50 billion in clean-up costs and fines. Wheaton said Shell would desperately want to avoid a disastrous spill and its willingness to go back after 2012 was evidence it was satisfied with its reviewed safety procedures.

“This is not rocket science; we can do this,” Shell’s Arctic boss recently told the Financial Times. But on Wednesday, John Browne the former head of BP and a giant figure in the industry described drilling in the Arctic as “risky” and said oil company staff were typically “techno-optimists.” Browne’s comments reflect the view of former Total boss Christophe de Margerie, who said in 2012: “Oil on Greenland would be a disaster. A leak would do too much damage to the image of the company.”

Nervousness flooding through the oil industry and cash flow limited by the oil price has lead to a rash of postponements and curtailed programs, leaving Shell as practically the only company still pouring money into the far north.

Environmentalists like to paint the program as a gamble — this cultivates the perception of a fiscally and environmentally reckless company that should be stopped.

But for Shell, as long as they avoid a catastrophic spill, its a no-lose situation. If they find nothing, a loss of $7 billion could be absorbed just fine by the $195.4 billion corporation. It’s the cost of doing business in the ever-tightening race for oil reserves.

But in the end, the decision may be out of Shell’s hands. Politics could prove decisive. World leaders’ response to climate change will influence the value of oil and hence the viability of Shell’s Arctic expansion.

It could also have a more direct impact. Democratic frontrunner Hillary Clinton hinted last month, that she might reverse the Obama administration’s decision to allow drilling to go ahead if she were elected president.

“I have doubts about whether we should continue drilling in the Arctic. And I don’t think it is a necessary part of our overall clean energy climate change agenda,” she said.

That could put an end to Shell’s Arctic bet altogether.