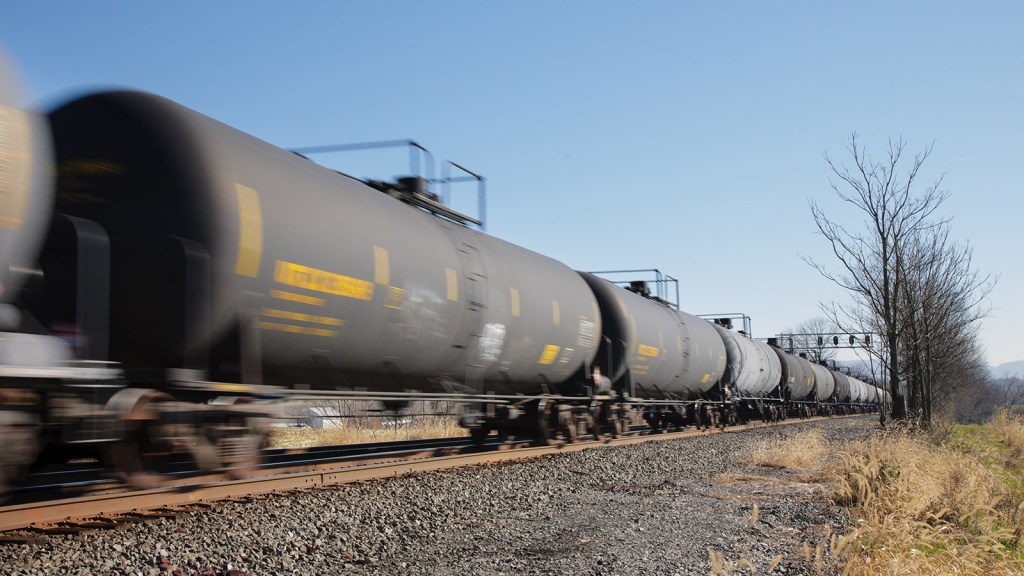 Oil industry train tickets are about to expire in Canada.

Canada’s transportation department on Wednesday announced a suite of new safety rules, motivated by the horrific oil-train explosion last summer in Lac-Mégantic, Quebec, which killed 47 people. The rules heavily target DOT-111 rail cars, which are widespread across the continent but are vulnerable to puncture and explode. (The U.S., meanwhile, is being outrageously slow in updating its oil-train safety rules.)

About 5,000 DOT-111 tanker cars are to be removed from Canadian railways within 30 days. Another 65,000 DOT-111 cars must be removed or retrofitted within three years, a timeframe rail industry experts are calling “ambitious.”

The measures didn’t fully satisfy [New Democratic Party] leader Tom Muclair. “What happens in the meantime in all those communities where this very dangerous material is being transported today?” he asked. “You can’t tell us you know that they’re dangerous and yet you’re going to continue to allow them to roll through these communities.”

[Transport Minister Lisa] Raitt said, however, that the DOT-111 cars are just one of several risk factors contributing to rail crashes. “There’s not just one aspect in mitigating risks, there’s many.”…

Effective immediately, Transport Canada will conduct risk assessments of routes where dangerous goods are transported, and establish speed limits of 50 miles per hour or less in areas that are built up or near drinking water.

Good for Canada. But what will happen with all those dangerous rail cars that are retired in Canada? Some fear that they could end up over the border, hauling explosive crude through American communities.