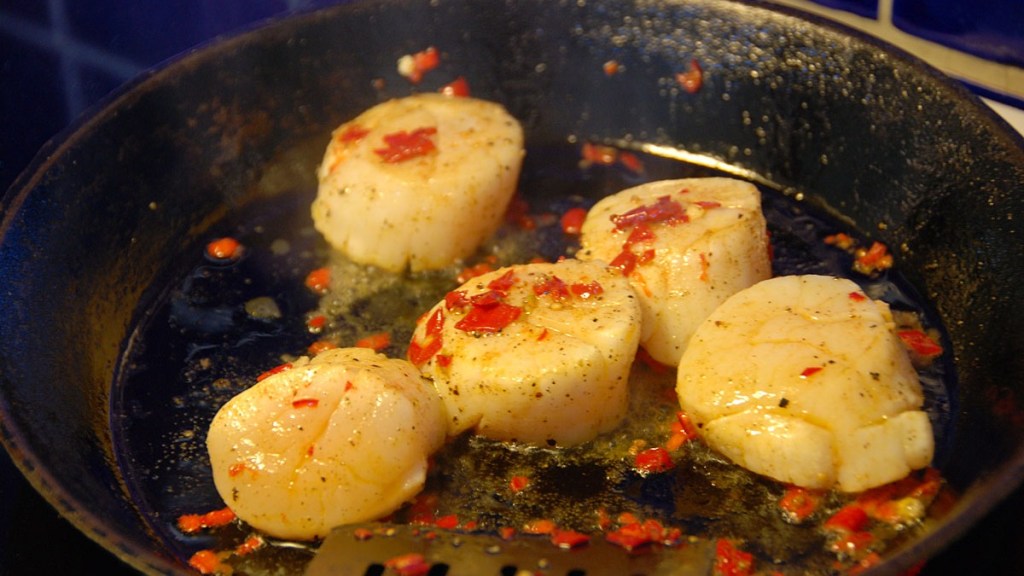 Scallops go well with loads of chili and an after-dinner dose of antacid. It’s just too bad we can’t share our post-gluttony medicine with the oceans that produce our mollusk feasts.

A scallops producer on Vancouver Island in British Columbia just lost three years’ worth of product to high acidity levels. The disaster, which cost the company $10 million and could lead to its closure, is the latest vicious reminder of the submarine impacts of our fossil fuel–heavy energy appetites. As carbon dioxide is soaked up by the oceans, it reacts with water to produce bicarbonate and carbonic acid, increasing ocean acidity.

The Parksville Qualicum Beach News has the latest shellfish-shriveling scoop:

Saunders said the carbon dioxide levels have increased dramatically in the waters of the Georgia Strait, forcing the PH levels to 7.3 from their norm of 8.1 or 8.2. … Saunders said the company has lost all the scallops put in the ocean in 2010, 2011 and 2012.

“(The high acidity level means the scallops) can’t make their shells and they are less robust and they are suseptible to infection,” said Saunders, who also said this level of PH in the water is not something he’s seen in his 35 years of shellfish farming.

The deep and nutrient-rich waters off the Pacific Northwest are among those that are especially vulnerable to ocean acidification, and oyster farms in the region have already lost billions of their mollusks since 2005, threatening the entire industry.

So get your shellfish gluttony on now. Our acid reflux is only going to get worse as rising acidity claims more victims.