China might be an even bigger coal user than previously reported 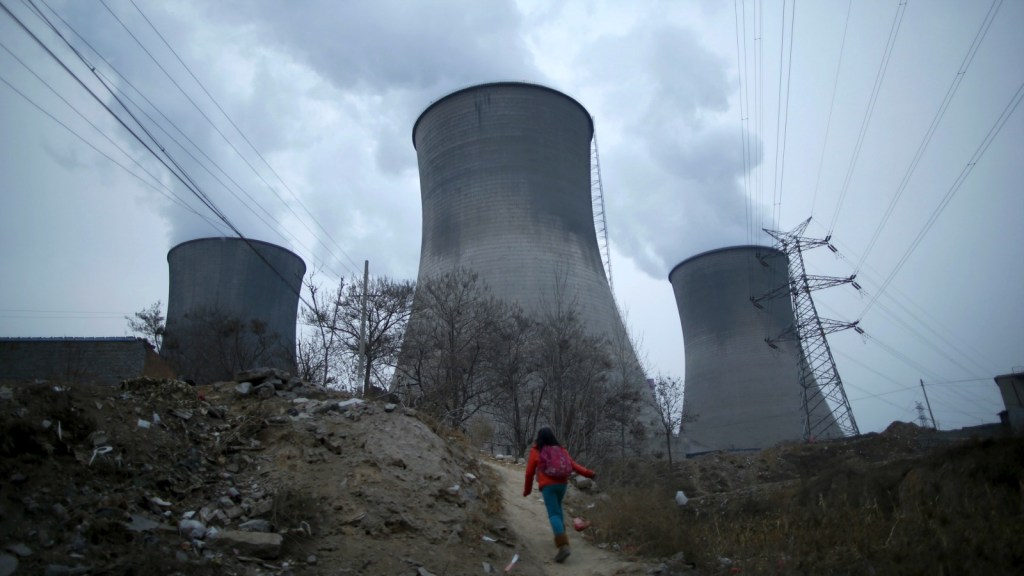 China might be an even bigger coal user than previously reported

China, the world’s largest carbon emitter, has been dramatically underreporting the amount of coal it consumes each year, it has been claimed ahead of key climate talks in Paris.

Official Chinese data, reported by the New York Times on Wednesday after being quietly released earlier this year, suggests China has been burning up to 17 percent more coal each year than previously disclosed by the government.

The revelation — which may mean China has emitted close to a billion additional tons of carbon dioxide into the atmosphere each year — could complicate the fight against global warming ahead of the United Nations climate change conference in Paris, which begins on Nov. 30.

In 2012, China consumed 600 million more tons of coal — or more than 70 percent of the United States’ annual total — than previously disclosed, according to the revised data.

China’s National Bureau of Statistics did not immediately confirm the report. However, speaking at a coal conference in Beijing, an adviser to the Natural Resources Defense Council said: “The new figures are more accurate than before.”

Yang Fuqiang, a former Chinese energy official who advises the Natural Resources Defense Council in the U.S., told the New York Times: “This will have a big impact, because China has been burning so much more coal than we believed.”

“It turns out that it was an even bigger emitter than we imagined. This helps to explain why China’s air quality is so poor, and that will make it easier to get national leaders to take this seriously.”

The report came as China’s Prime Minister Li Keqiang said his country had a duty to humanity to bring its emissions under control.

Speaking during a visit to China by French President François Hollande, Li said: “For a great many years, we consumed too much energy and resources to achieve our development, and this model has since become unsustainable.”

Li Shuo, the senior climate and energy policy officer for Greenpeace East Asia, said the revised data suggested a gap between official statistics and what was happening on the ground.

“It is quite a lot more than previously reported — it is basically equivalent to the whole national consumption of Germany, and Germany is a large coal-consumption country in Europe.”

However, Li, who said environment experts and policymakers had been aware of the higher numbers since the start of this year, cautioned against an overly bleak reading of the figures.

But Li said an economic slowdown and Beijing’s bold attempts to reduce its dependency on the fossil fuel meant consumption was now falling.

“China’s coal consumption probably won’t get as high as what we saw for the past decade,” he said. “At [the very] least we are seeing a plateauing period now, which is quite significant.”

Beijing was accused of wrecking climate talks in Copenhagen in 2009 by opposing legally binding emissions cuts.

But Li predicted China — which has pledged to hit “peak emissions” and make 20 percent of its energy mix renewable by 2030 — would play a more constructive role in Paris.

“China is making a lot of effort and is actually getting quite proactive these days compared to six years ago in Copenhagen. Part of the reason is that they realize that their emissions portfolio is undergoing a fundamental change and that is working in their favour. That gives them the confidence … [to act] in a more positive way.”

Lin Boqiang, the director of Xiamen University’s China center for energy economics research, also downplayed the impact the revised coal data would have on the Paris talks.

“What people want to know about at the Paris summit are China’s future emissions projections. We should look forward rather than backward,” he said. “China does have huge carbon emissions but if we look forward China’s emissions will soon peak and begin to fall.”