China to shut down 1,000 coal mines this year 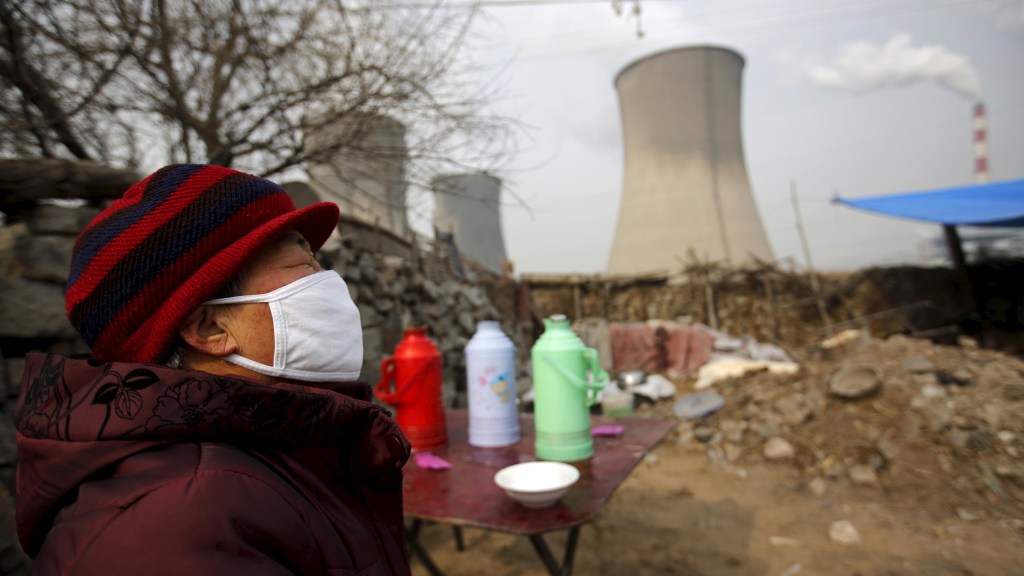 A woman in her garden near a coal-fired power plant in Shijiazhuang, Hebei province. REUTERS/Kim Kyung-Hoon
Climate & Energy

China to shut down 1,000 coal mines this year

The world’s top coal producer, and the biggest emitter of greenhouse gases, will shut down 1,000 coal-fired  mines* this year. It’s a move that will simultaneously cool off China’s over-supply of dirty coal and help tackle the country’s air pollution crisis — with even deeper cuts to come.

The news was confirmed on Monday by China’s National Energy Administration, and first reported by Xinhua, the state-run outlet, after detailed plans to slash coal consumption were issued earlier this month by the country’s powerful executive body, the State Council. The move will accelerate China’s well-documented shift away from coal.

Plans to curb coal in China have been shaping up for some time now, as leaders scramble to cope with smog-choked cities while trying to meet international commitments to reduce carbon emissions. As China’s economy slows and modernizes away from dirtier industries like manufacturing, the country doesn’t need quite as much coal, which has for decades been the force behind its rocketing economic “miracle.” The resulting over-supply of coal has caused coal prices to plunge, shaking international markets. This has left plenty of fat for China’s leaders to trim in the energy system. At the end of 2015, the government announced for the first time that it would suspend all new coal power plant approvals.

In total, China will take 60 million metric tons of coal production offline this year alone — and around 500 million over the next three-to-five years — by closing small or old mines. Another 500 million tons will be slashed by consolidating various producers.

According to Reuters, which cites estimates from the China National Coal Association, about half of the country’s 10,760 coal mines will eventually be forced to close. Officials are hoping that could result in fewer polluted days in Chinese cities, which far too often suffer under poisonous smog, especially across the winter months, as I saw when I visited in 2013:

Correction: An earlier version of this story incorrectly referred to the scheduled closures. They are mines, not power plants.