Climate and energy feature heavily in national debate -- in Canada 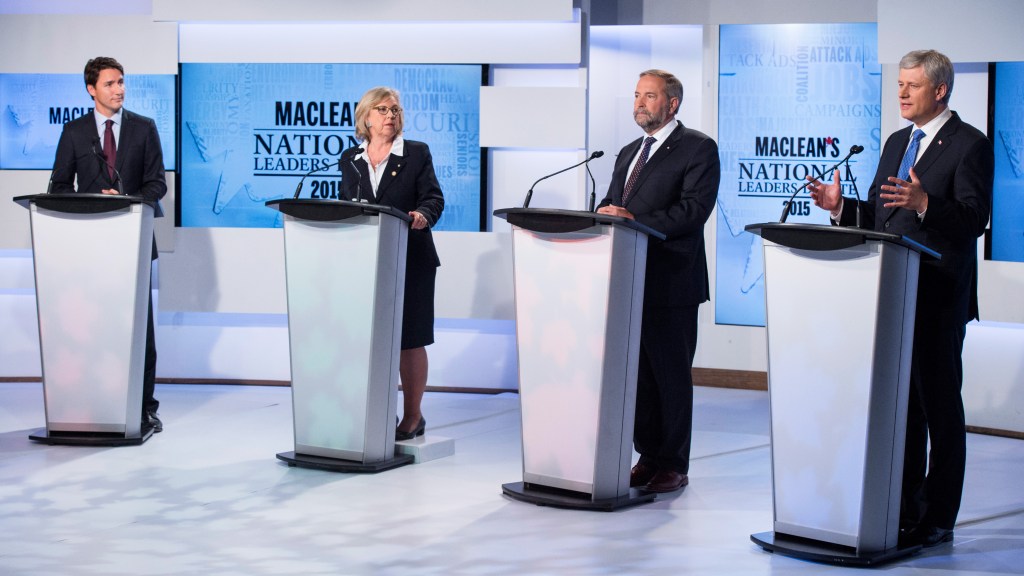 Climate and energy feature heavily in national debate — in Canada

There was a reasoned, undramatic, policy-heavy debate in the race to elect one of the world’s next leaders Thursday night.

Turns out, the U.S. isn’t the only North American country in the midst of campaign season. Our neighbor to the north is also deep in the muck, but unlike here, this year’s Canadian national campaign lasts all of 78 days — and that’s actually long for them. Seventy-eight days!! Can you imagine? We’ve been talking about the 2016 election for the past six months and there’s still OVER A YEAR LEFT. Face emoji. Gun emoji.

Anyway. While both our first- and second-string GOP candidates were beating drums and thumping their chests on Thursday, representatives from Canada’s Conservative Party, Liberal Party, New Democratic Party, and Green Party were debating actual policy, including what to do about climate change, which, strangely, didn’t come up down here. And they all fit on one stage!

[Incumbent Prime Minister Stephen] Harper and the leaders of three other major Canadian parties sparred Thursday in the first debate ahead of the country’s October elections. Energy and climate issues were a key topic in the debate, with Harper taking credit for more energy exports, reductions in greenhouse gas emissions and his work on the Keystone project.

His opponents hit him at every turn, saying he hasn’t instituted the climate policies he promised earlier in his term as prime minister and crediting an economic downturn, not government action, with reducing emissions.